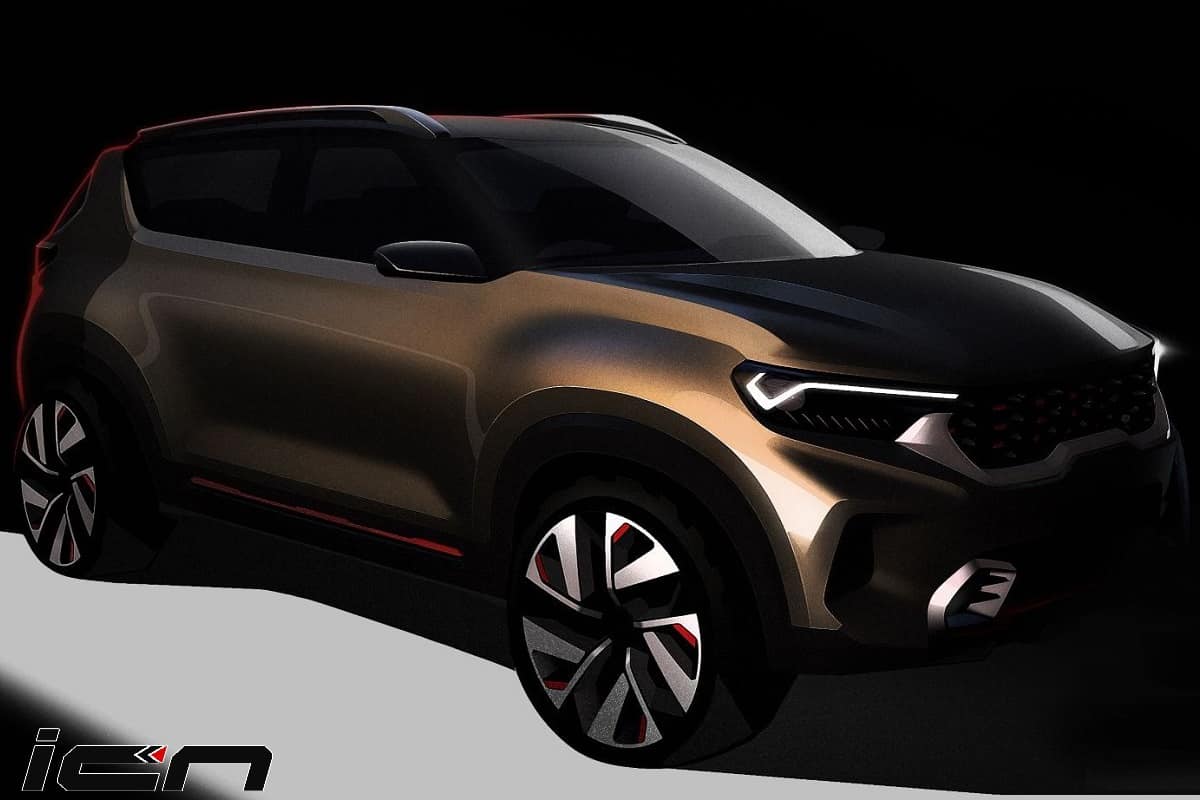 The upcoming Auto Expo 2020 will host the unveilings of over 50 new cars. SUVs and electric cars will dominate the biennial event as all the automakers are readying their SUVs for the competitive Indian market. Here is a list of top 5 new sub-4 meter SUVs to be unveiled at the 2020 Auto Expo –

Korean automaker, Kia has officially confirmed that the Sonet sub-4 meter SUV will debut at the 2020 Auto Expo. It is expected that the company will unveil the pre-production version of the SUV, while launch will take place in mid-2020. Kia has already released the official design sketches of the Sonet. Codenamed QYi, the compact SUV will take on the likes of the Maruti Vitara Brezza, Hyundai Venue, Ford EcoSport, Mahindra XUV300 and the Tata Nexon. It will share the engine line-up with the Venue compact SUV, which includes a 1.2-litre petrol and a 1.0-litre turbocharged petrol. The SUV could also receive the de-tuned version of the 1.5-litre diesel engine that powers the Seltos.

The long-wait for the Suzuki Jimny is all set to get over at the biennial event. Maruti Suzuki will showcase the new Jimny SUV at the 2020 Auto Expo. In fact, reports claim that the SUV will eventually go on sale in India by 2021-22. While the global model is a 3-door mini off-roader, Maruti Suzuki is likely to introduce the 5-door version in India. However, the company will showcase the global model at the Auto Show. It is equipped with a 1.5-litre K15B petrol engine that is capable of producing 102bhp and 138Nm of torque. Transmission options include a 5-speed manual and a 4-speed torque convertor automatic.

Tata Motors will unveil the production version of the H2X concept at the 2020 Auto Expo. Likely to be called the Hornbill, the new model will sit below the Nexon in the Tata’s line-up. It will challenge the likes of the Maruti Suzuki S-Presso and the Renault Kwid. The H2X will be the brand’s second model to be based on the new ALFA modular platform; first being the Altroz. It will be powered by a 1.2-litre Revotron petrol engine producing 85bhp and 113Nm of torque.

Renault has confirmed that the all-new sub-4 meter SUV, codenamed HBC will make debut at the 2020 Auto Expo. The new model will be based on the CMF-A modular platform that also underpins the Triber and the Kwid. It will receive the 1.0-litre turbocharged petrol engine that will produce around 95bhp of power. Both manual and AMT versions will be on offer.

Korean automaker, Hyundai is readying an all-new micro SUV, codenamed AX. If media reports are to be believed, the company will showcase the concept version of the SUV at the Auto Expo 2020. The new mini SUV will rival the Maruti S-Presso and the upcoming Tata H2X. It will be based on the new K1 platform that also underpins the new Santro. The micro SUV will be powered by a 1.1-litre petrol engine producing 68bhp and 99Nm of torque.