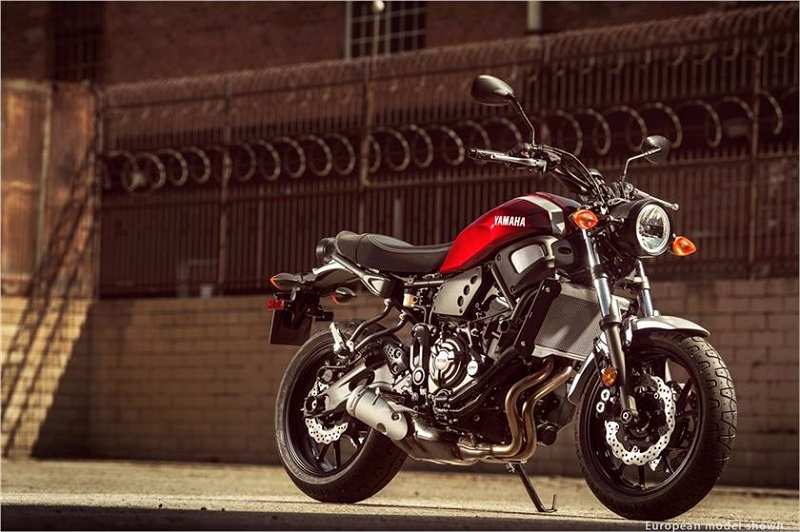 We informed you earlier that Yamaha is reportedly working on a new 155cc Retro-styled motorcycle, which will join the existing XSR line-up. A new media report claims that the neo-retro styled motorcycle will first go on sale in Thailand on August 16, 2019. The Yamaha XSR 155 is codenamed B1V and will also go on sale in other developing markets.

The Yamaha XSR 155 will look like a bigger XSR 700. It will get retro-styled circular LED headlamp and circular all-digital instrument console. The instrument console will be positioned right in the middle of the handlebar instead of the side-mounted unit in the bigger sibling.

The new Yamaha XSR 155 retro-styled motorcycle will ride on 17-inch wheels shod with 110/70 and 140/70 section tyres at the front and rear respectively. It will be based on the same chassis that underpins the new Yamaha R15 V3.0 and the MT-15. The swingarm will be the cast aluminium unit, which is offered in the Indonesian-spec MT-15 and R15. For suspension duties, the motorcycle will get upside-down fork in the front and a monoshock unit with adjustable preload at the rear.

Powering the upcoming Yamaha XSR155 is a 155cc single-cylinder, 4-valve, SOHC engine that powers the R15 V3.0 and the MT-15. Paired to a 6-speed gearbox, this engine produces 19.3PS of power and 14.7Nm of torque. The bike will also receive a slipper clutch as standard. The company could tune this engine for better low- and mid-range. Braking system comprise of disc brakes at both ends, while dual-channel ABS system will come as standard. In Indonesia, the XSR155 will be positioned against the Honda CB150 Streetster. Similar to the new R15 V3.0 and the MT-15, Yamaha could also launch this motorcycle in India. A possible debut of the India-spec XSR 155 at the 2020 Delhi Auto Expo can’t be ignored.