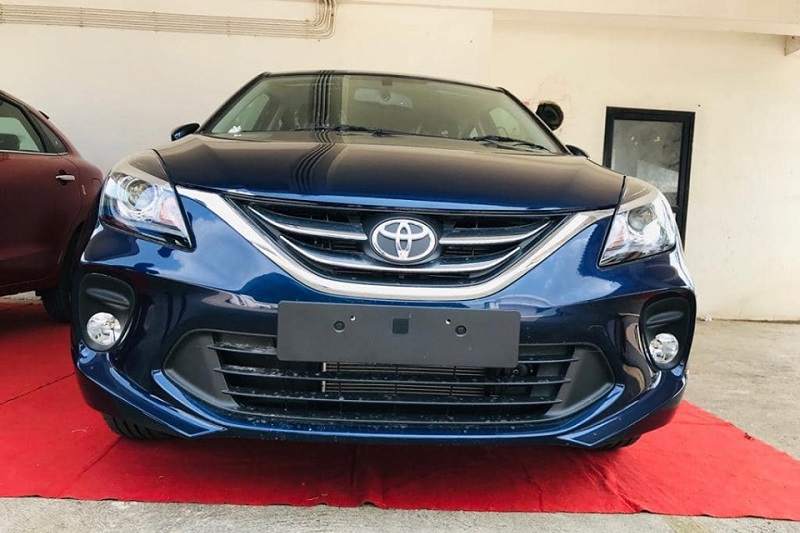 Toyota Glanza hatchback is priced in the range of Rs 7.21 lakh and Rs 8.90 lakh (ex-showroom, Delhi).

The first car from Toyota and Suzuki joint venture – the Toyota Glanza premium hatchback has finally been launched in the Indian market. The Glanza is available in 2 trim levels – G and V – and in total of 4 variants namely G MT, V MT, G CVT and V CVT. The hatchback is priced in the range of Rs 7.21 lakh and Rs 8.90 lakh (ex-showroom, Delhi).

The Toyota Glanza is basically the re-badged Maruti Baleno. In fact, Maruti Suzuki’s Sanand plant serves as production hub for the new Glanza that already produces the Baleno. Except for the new grille and Toyota badging, the hatchback looks totally similar to the Baleno. The hatchback is available with 2 petrol engine options – a 1.2-litre and a 1.2-litre K12C with smart hybrid system. Transmission options include a 5-speed manual and a CVT automatic. The Glanza directly rival the likes of Hyundai i20, Maruti Baleno, Honda Jazz and the upcoming Tata Altroz.

For people not in the know, Toyota and Suzuki had joined hands to develop new cars, platforms and technologies for their future cars for the global markets. The two had signed a memorandum of understanding where both carmakers will be helping each other in entering into new segments. Maruti will supply Baleno, Brezza, Ciaz and Ertiga to Toyota. Apart from the Glanza, Toyota will also launch re-badged Ciaz, Ertiga and Vitara Brezza in India. Both carmakers are also working on an all-new C-segment MPV, which will rival the Mahindra Marazzo. 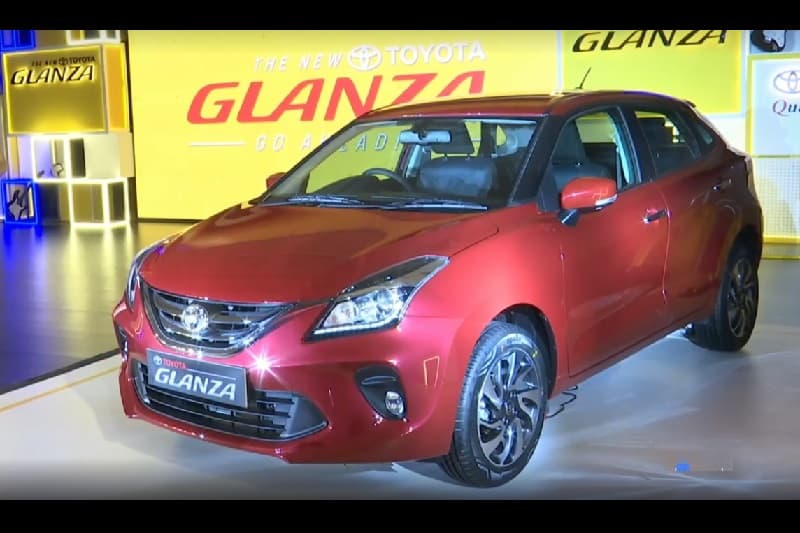 The Glanza hatchback is positioned as a premium model. It is available in 2 trim levels – G and V – priced between Rs 7.21 lakh and Rs 8.90 lakh. The hatchback has been produced at the Maruti Suzuki’s Sanand plant in Gujarat that also produces the Baleno.

Not just design and interior, the Glanza also shares the engine with the Baleno hatchback. It is available with 2 BSVI compliant petrol engines – a 1.2-litre DualJet petrol with mild-hybrid system and a 1.2-litre petrol. While the former is capable of producing 90bhp of power and 113Nm of torque, the later is good for 83bhp and 113Nm of torque. The mild-hybrid system is only available in the entry-level G variant. For transmission duties, the Glanza has a 5-speed manual or a 7-speed CVT automatic unit.

It shares almost everything including the engine with Maruti’s Baleno. The mileage numbers of the Glanza is also equivalent to the Baleno hatchback. The hybrid version is claimed to return 23.87kmpl, while the CVT and manual versions return 19.56kmpl and 21.01kmpl respectively.

The new Toyota Glanza looks similar to the Baleno hatchback from the side and rear profile. Upfront is receives a new Toyota’s grille and new badging. Except for the new grille and badging, the Glanza is entirely the Baleno. The cabin also remains identical to the sibling hatchback. It gets a rebranded ‘Smart Playcast’ infotainment system with a 7.0-inch touchscreen. Maruti calls this infotainment system the Studio SmartPlay. It is also the first Toyota car in India to offer Android Auto and Apple CarPlay smartphone connectivity option along with voice command functionality. This system is also compatible with AUX, USB and Bluetooth. Dual front airbags, ABS with EBD and brake assist, rear parking sensors, speed alert, seatbelt reminder, rear defogger and wiper, and ISOFIX child seat anchors are available as standard safety features. The top-spec V trim comes equipped with rear parking camera, automatic LED projector headlamps with LED daytime running lights, a follow-me-home function and leather-wrapped steering wheel.