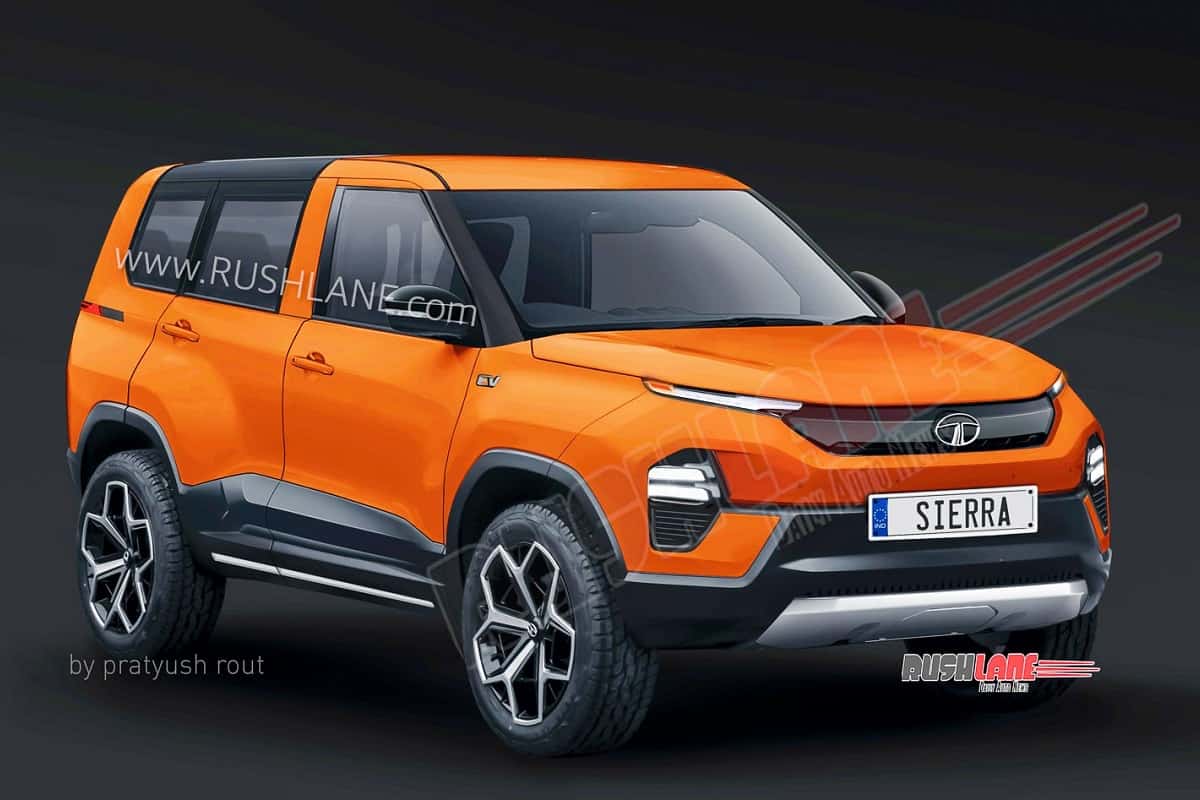 Tata Sierra, the iconic SUV from the home-grown carmaker, recently made a comeback in an electric SUV concept form at the Auto Expo 2020. The carmaker gave us a hint that the Sierra concept might enter into production with electric powertrain as well as with petrol and diesel engines.

While it will take a couple of years, we have seen multiple renderings showing what its production model might look like. Here are a few renders that show the Tata Sierra SUV in four bright colours.

We believe that the production ready version of the Sierra will stay true to its concept. Though, it will lose some of the design elements including the rear door mounted spare wheel. Check Out – Tata Sierra SUV Render Previews Production Model

The SUV is likely to get a new closed grille, more practical split headlamps and a newly-designed front bumper with faux skid plate. There might be conventional front door handles instead of the modern flush handles.

Unlike the concept that has power sliding left rear door, the production version will have sliding rear door on both the sides with manual operations. Design bits such as pronounced wheel arches, large alloy wheels, black cladding all around the body and highly mounted taillamps are likely to be carried over from the concept. Read – Tata Gravitas 6-Seater SUV Launching Soon

The Tata Sierra SUV will be built on the Alfa (Agile Light Flexible Advanced) platform that also underpins Altroz premium hatchback. Its interior is a mystery to us. Though, we expect it to get a futuristic interior layout with latest touchscreen infotainment system with smartphone connectivity.

It would be quite early to comment on its powertrain. The production-ready Sierra is likely to share its engine with the Nexon EV, though its battery capacity, power figures and electric range could be different. The petrol version, if enter into production, might be offered with the Altroz’s 1.2L turbocharged motor.