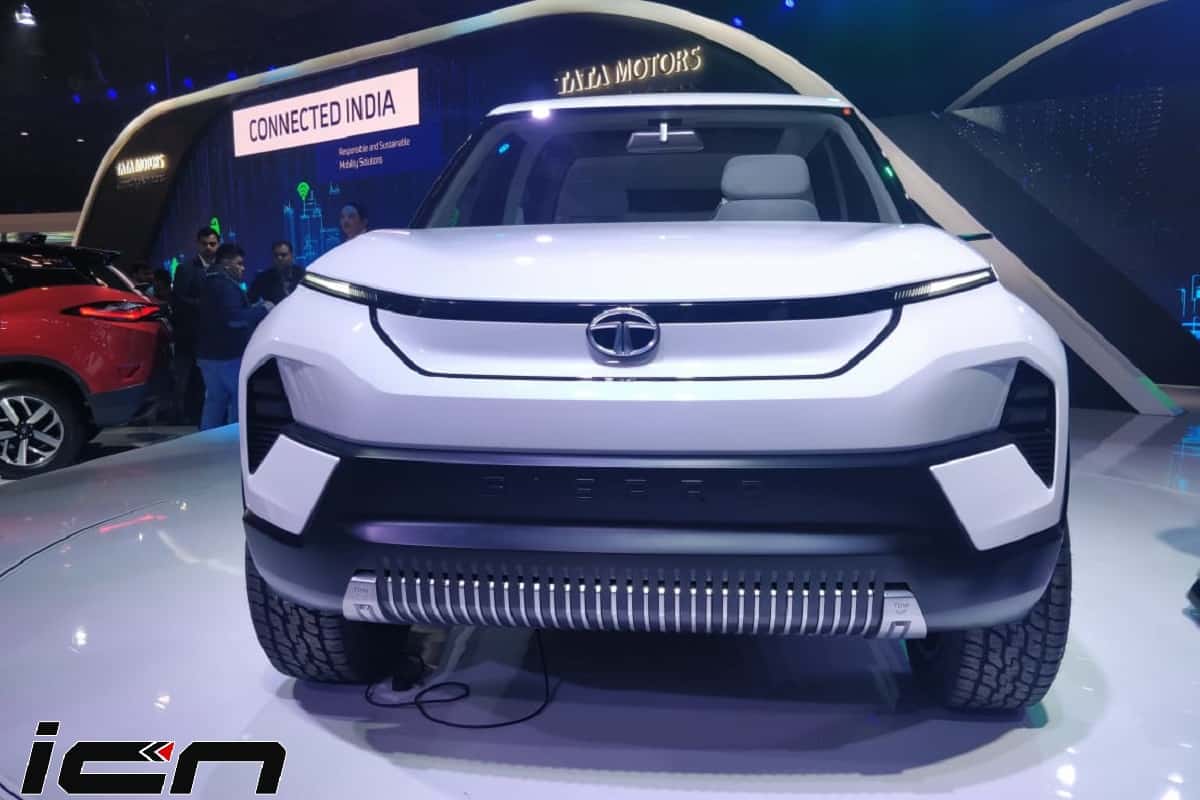 Tata Motors has unveiled the new Sierra lifestyle SUV concept at the 2020 Delhi Auto Expo. The concept model is a pure electric vehicle. Pratap Bose, Vice President, Global Design Tata Motors hinted that the Sierra could enter into the production model. Adding to it, the production Tata Sierra will be offered with petrol and diesel engine options.

Not just Sierra, Tata Motors has unveiled the Gravitas 6-seater SUV, Altroz EV and the HBX micro SUV concept at the 2020 Auto Expo. Adding to it, the Tata Motors has launched the 2020 Harrier BSVI with automatic gearbox at the biennial event. Tata Motors is yet to make an official announcement on the production-spec Sierra, but the design study could inspire the future SUVs for the domestic market.

Adding to it, Tata could bring the next-gen Sierra lifestyle SUV with off-road capabilities at a premium price tag. The production-spec Tata Sierra is expected to be based on the OMEGA ARC modular architecture, which currently underpins the Gravitas and the Harrier. The new model is expected to measure above 4.3 meters in length.

It was speculated Tata will unveil the Blackbird mid-sized SUV, that didn’t happen. The SUV is currently under development and is rumoured to be based on the Chery Tiggo 5X SUV currently on sale in the Chinese market. In fact, Tata is benchmarking the new SUV against the Tiggo 5X. Also See – 5 all-new Tata cars unveiled at Auto Expo 2020

Tata Motors has also announced to launch 4 new electric vehicles in the country in the next 2 years. This year, the company will launch the Altroz EV. Adding to it, the homegrown automaker is working on the electric versions of the HBX micro SUV and an all-new entry-level electric car.