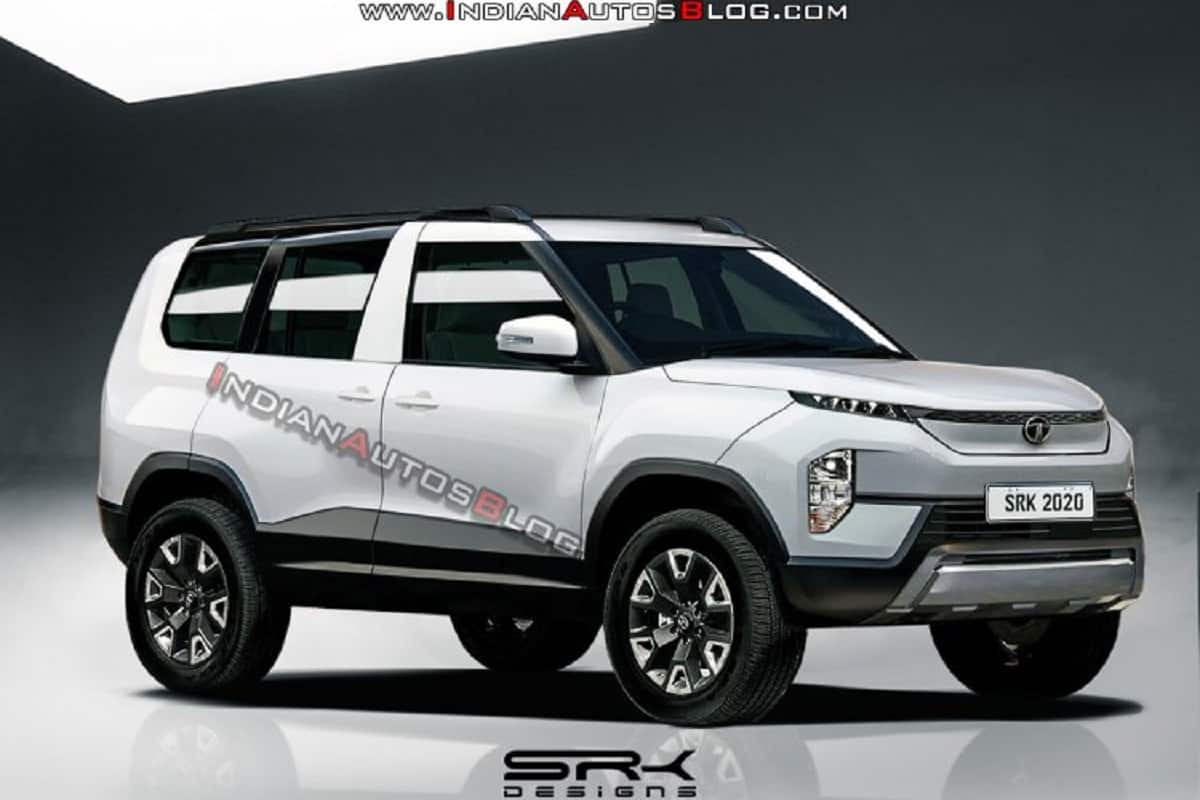 Tata Sierra, the pure electric lifestyle SUV concept, was the showstopper from the home-grown carmaker at the recently-concluded Auto Expo 2020. The concept not only marks the reborn of the legendary ‘Sierra’ nameplate, but previews the carmaker’s design approach for the future SUV. The carmaker gives us a hint that the Sierra concept might enter production with petrol and diesel engine as well.

While it might take a good one or two years, a digital rendering gives an idea what the production-ready Tata Sierra could look like. Compared the concept showcased at the Auto Expo, the rendering shows a slightly scale-down version of the SUV. The vehicle features more practical split headlamps, a new closed lower grille and redesigned bumper with faux skid plate at the front end.

Unlike the new-age vehicles that come with flush handles, the Sierra gets the conventional front door handles. It has sliding rear door on both the sides that can be opened and closed manually. The concept, however, was fitted with the power sliding left rear door only. The SUV is also equipped with smaller alloy wheels than the concept. Read – 5 Interesting Facts You Didn’t Know About Tata HBX SUV

The electric Sierra is likely to share its powertrain with the upcoming Altroz EV – i.e. Tata’s Ziptron electric technology. The battery capacity, power and range might be different.

Before Sierra, the home-grown carmaker will bring in the Altroz electric hatchback and HBX electric mini SUV. While the former will hit roads in coming months, the latter is likely to see a release sometime next year. Rumour has it that Tata might also launch the electric version of its highly-popular Harrier compact SUV.