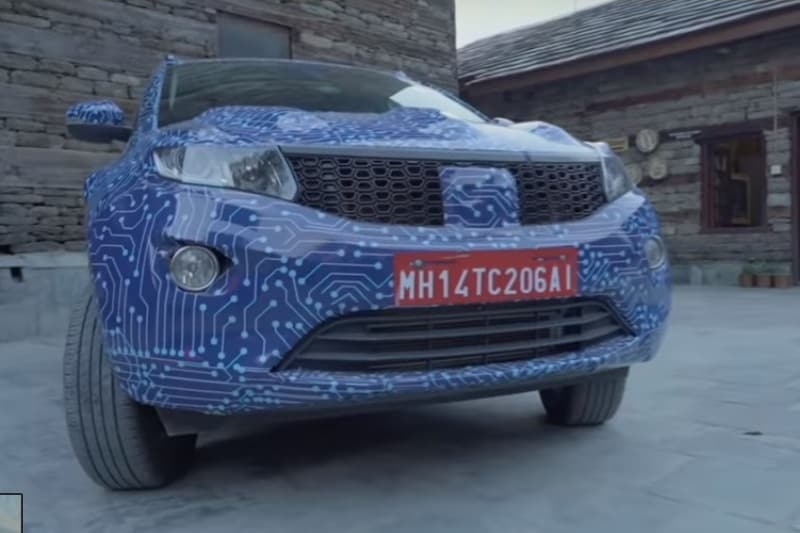 Now, the carmaker has released the first official video of the electric vehicle featuring Milian Soman and Ankita Kanwar who driven it from Manali to Leh. The couple has shared their first driving experience of the Tata Nexon electric.

The Tata Nexon EV will be the company first electric vehicle to feature Ziptron technology that’s claimed to offer ‘zippy performance” and long range with fast charging capabilities. The electric iteration of the subcompact SUV will deliver a range around 300km in a single charge.

The Ziptron electric powertrain consists of an advanced lithium-ion battery pack that has been designed for Indian climatic and traffic conditions. This high voltage system meets the IP67 (dust and water proof) standard.

Tested for over 1 million km, its battery pack with liquid cooling ensures optimal performance at high temperatures. It comes with 8 years of warranty. The Tata Nexon electric will have an easy charging system. Its battery pack can be charged via any 15A power socket. Read: 2020 Tata Nexon – Improved Styling, New Features, BS6 Engines

The electric version of the subcompact SUV will also be equipped with over 30 internet connected smart features under different categories including vehicle health monitoring, alerts, security and safety alerts, location based services and more.

The home-grown carmaker has already confirmed that Tata Nexon electric will be priced from Rs 15 lakh to Rs 17 lakh. Following the Nexon, the Ziptron electric powertrain will also be used in the Altroz EV hatchback, Tata HX2 mini SUV and long-range Tigor EV.

Once launched, the Tata Nexon EV will take head-to-head against the Mahindra XUV300 electric that will see a release by mid 2020.