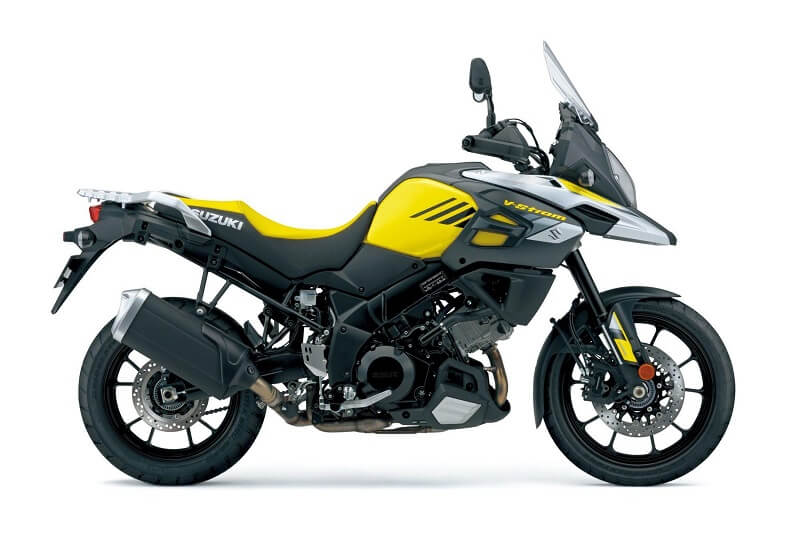 The 2017 Suzuki V-Strom 1000 will be slightly more expensive than the current model.

Suzuki Motorcycle India will introduce the new V-Strom 1000 with subtle styling and feature updates in coming September. For 2017 model year, the bike will receive Suzuki’s Motion Track Brake and cornering ABS system. It will also get the low-rpm assist function, standard hand guards and optional luggage with a single-function key. However, the engine and suspension mechanism will remain unchanged. That means the 2017 Suzuki V-Strom 1000 will continue to use the 98bhp, 1,037cc V-Twin engine.

Globally, the motorcycle is available in two variants – Standard V-Strom 1000 and V-Strom 1000XT. Though, the Indian market is likely to receive the Suzuki V-Strom 1000XT version only. Unlike the standard model, the 2017 Suzuki V-Strom 1000XT gets spoked wheels, DID rims and larger diameter tapered handlebars. Aiming to strengthen its presence in the super premium bike segment, SMIL had introduced the Suzuki V Strom 1000 ABS in February 2014 at the Auto Expo. This adventure tourer sits on a lightweight aluminium chassis, and its updated version will continue to use the same platform. Most of the features will also be carried over from the current model. Read – Suzuki GZ 150 Cruiser Might Come To India 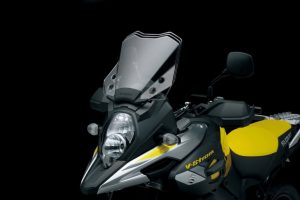 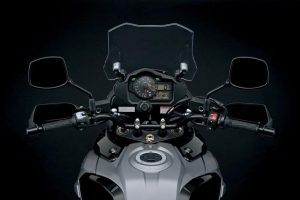 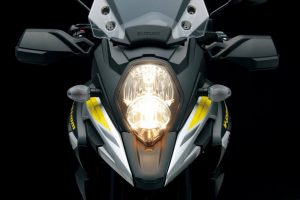 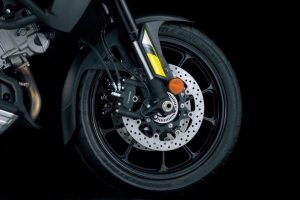 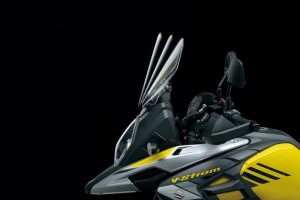 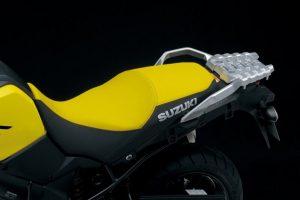 The new 2017 Suzuki V Strom 1000 will hit the Indian shores in September 2017, claims a report. Though, no official word has been made on the same. We will update the exact launch date and details as soon as the company announces it. Read – Suzuki V-Strom 250: All You Need To Know

The new V Strom 1000 will see minor design upgrades along with a bunch of additional features. With these changes, the new model is likely to be a tad pricier than the current one. The existing model comes with a price tag of Rs 13.45 lakh (ex-showroom). Read About – 2017 Suzuki GSX R1000 and GSX R1000R

At the heart of the 2018 Suzuki V Strom 1000 will be the same 1,037 cc, liquid-cooled, v-twin engine that powers the current model. This powertrain uses twin catalyzers in the mid-pipe feeding a new muffler and it has ditched the ride-by-wide technology. It is capable of producing a top power of 98bhp and 103Nm of torque at 4,000rpm. This motor meets the BS-IV and Euro 4 emission norms. Read: 2017 Suzuki Gixxer & Gixxer SF – All Details 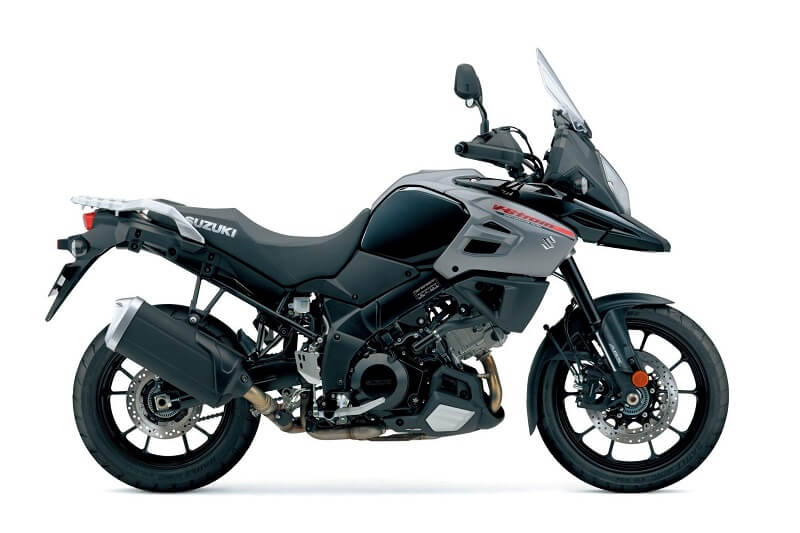 The 2017 model will also receive a new fairing in new shades, engine cowling and a windscreen which can be adjusted at three angles. While the hand guards will come as standard on the new 2017 Suzuki V Strom 1000XT, the luggage with a single-function key will be optional. Other key features include Suzuki’s easy-start system, low-rpm assist function and three-mode traction control. Read– Suzuki Access 125 – Price & Details

The 2017 Suzuki V Strom 1000XT will witness the comprehensive electronic updates. The bike will get a five-axis Bosh IMU (inertial measurement unit) – the Motion Track Braking System. With ABS (anti-lock braking system), this unit calculates lean angles and improves its braking efficiency. The adventure tourer will also feature a new combined braking system that analyzes brake pedal or hard lever use for more effective braking.  Similar to the current model, the 2017 Suzuki V Strom 1000XT will have three-mode traction control system – High, Low and Off.