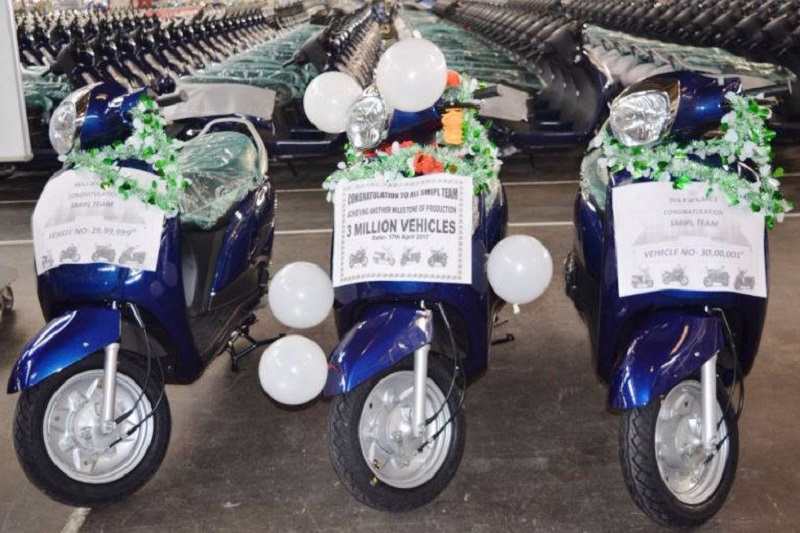 A large contribution to Suzuki’s growing numbers came from the Gixxer and Access 125.

Suzuki Motorcycle India (SMI) has surpassed the three million two-wheelers’ production mark in India on 17th April 2017. The company has rolled out the 3 millionth unit from its Gurugram-based facility. A large contribution to Suzuki’s growing numbers came from the Gixxer and Access 125 that were recently updated as per the BS4 emission norms. While the former is currently dominating the 150cc bike space, the latter one is the company’s best-selling model in the 125cc scooter segment.

Commenting on the milestone, Suzuki India – Managing Director, Satoshi Uchida said “We are delighted to have achieved this remarkable feat which stands as a testament to the continued customer confidence and support and dedication of our employees, dealers and suppliers. Our vehicles have gained immense popularity by fulfilling our commitment to quality across markets. We have witnessed a rapid growth since the past few years and we are confident about further reinforcing our position in the market.” 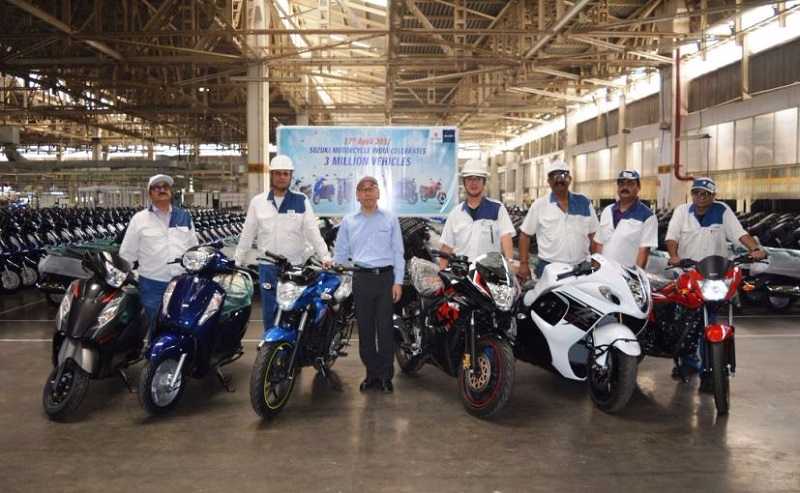 SMI has managed to achieve this production milestone in a record time of under 11 years of its Indian operations. Just so you know, the Japanese bikemaker had commenced its commercial operations in India in February 2006. With an average of over 4,000 units per month, Suzuki sold 65,206 units of the motorcycles from February 2016 to February 2017. The company, consistently, managed to sell over 20,000 units of the Access 125 scooter that received its first facelift in September previous year.

Besides this, Suzuki Motorcycle also sells a decent number of its highly-popular superbikes – Hayabusa. Currently, the Suzuki Hayabusa is locally assembled at the bikemaker’s Gurugram plant. This manufacturing facility produces 5,40,000 units per year, and the company now aims to further increase its capacity. As of now, Suzuki produces 6 motorcycles at this plant – Gixxer, Gixxer SF, Access 125, Let’s, Hayate and Hayabusa.