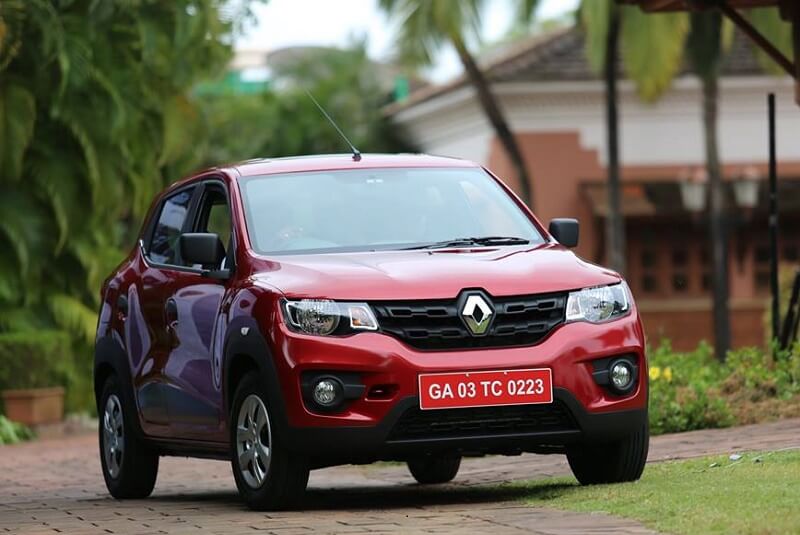 Renault, the French automaker entered into the entry-level hatchback segment with its stylish Kwid hatchback. Launched in 2015, the Renault Kwid has received an overwhelming response from carbuyers. In a bid to encash on Kwid’s popularity, the company has introduced several new variants of this small car including Kwid 1.0L, AMT and special editions in the past 2 years. Thanks to these new versions, the 2017 Renault Kwid has managed to keep its sales growing. Besides aggressive pricing, what further worked in favor of the vehicle is its contemporary styling and best-in-class fuel efficiency.

This car also has a major contribution in the total sales of the company. It also helped Renault to increase its market share from 2.3 per cent to 4.5 per cent in 2016. The Kwid hatchback is available in two engines – a 0.8-litre petrol and a 1.0-litre petrol. Transmission options include a 5-speed manual and an AMT unit. The company has recently launched the Kwid Climber edition and is gearing up to launch the Racer edition of the car in the near future.

During initial days of its launch, the waiting period of the hatchback was around 8-10 months in certain tier-1 cities. In order to meet the rising demand, the company has increased the production of the car. Now, the car commands a waiting period of around 4-6 months. The company is currently producing around 10,000 units per month. Renault is offering a warranty period of 2 years/ 50,000kms (whichever comes first) with the Kwid that can be extended up to 4 years or 80,000kms. A complementary road side assistance for 2 years is also offered by the French carmaker. With 98% of localization level, this entry-level hatchback is claimed to offer the best-in-class maintenance part costs and low cost of ownership. Also Read: Renault Kwid AMT & 1000cc

At the heart of the Kwid is an all-new 799cc, 3-cylinder, DOHC petrol engine that also powers the Datsun Redi-GO. This engine churns out a maximum power output of 53.2bhp and a peak torque of 72Nm. Since the car features Renault-Nissan Alliance’s all-aluminum ‘super compact’ engine, it is the most fuel efficient as well. Power is transmitted to the front wheels of the car via a 5-speed manual gearbox. The top-spec model is propelled by a 1.0-litre, 3-cylinder petrol engine that is good for 67bhp of power and 91Nm of torque. Power is delivered to front wheels via a 5-speed manual gearbox. It is claimed to return an ARAI certified fuel economy of 23.01kmpl. What also helps the vehicle achieve such a high mileage is its weight of just 660kg thanks to the heavy use of aluminum, plastic and less oil levels in engine and gearbox. Since this powertrain is jointly developed by Nissan and Renault, it is also used for the Datsun redi-GO.

The Kwid 800cc is claimed to have a fuel efficiency of 25.17kmpl. On the other hand, the Kwid 1.0L delivers 25.17kmpl of mileage while the AMT model delivers 24kmpl

Also Read: A List of Upcoming Renault Cars in India

Dimensionally, the Kwid is 2,680mm in length, 1,580mm in width and 1,471mm in height, and has a wheelbase of 2,422mm. The vehicle has a ground clearance of 180mm, which is more than sufficient to tackle Indian roads. It comes with a boot space of 300-litres, which is good enough to accommodate daily bags

Renault’s small hatchback is based on an all new platform CMF-A, which has been jointly developed by Nissan and Renault. The same platform also underpins the Datsun Redi GO hatchback. With crossover-like design and a high ground clearance, the Renault Kwid certainly looks more contemporary than most of its rivals. The fascia of the car has sporty appeal, thanks to its dual-slat grille, stylish fog lamps on the lower bumpers and sweptback headlights. At the side profile, the car gets black plastic cladding alongside rectangular-shaped wheel arches and manually-operated outside rear view mirrors. The new Kwid 1000cc shares strong resemblance with the Kwid 800cc, except for the few exterior tweaks. It comes with new body graphics and new SCe 1.0 badge.

What further enhance its SUV-ish and sporty appearance is the black trim rear bumper and body-coloured tailgate spoiler. This entry-level hatchback is Renault’s first car based on the modular CMF-A platform. Compared to the 800cc model, the Kwid 1000cc gets minimal upgrades in the form of new black and white chequered decal with a ‘1.0’ badge on the lower side. The Kwid 1000cc AMT also gets the dash-mounted rotary knob controlled for the AMT gearbox and storage access. .

The interior of Renault’s small hatchback looks rather simple, but is the most spacious in its league. The vehicle also offers best-in-class shoulder room, headroom and legroom. The list of features includes a digital instrument cluster, chrome air vents, front power windows and optional driver airbag. There are several segment-first features such as a 7-inch touchscreen display with and navigation system and integrated on centre console in piano black finishing and a fully digital instrument cluster. It offers a class-leading boot space of 300-litres. 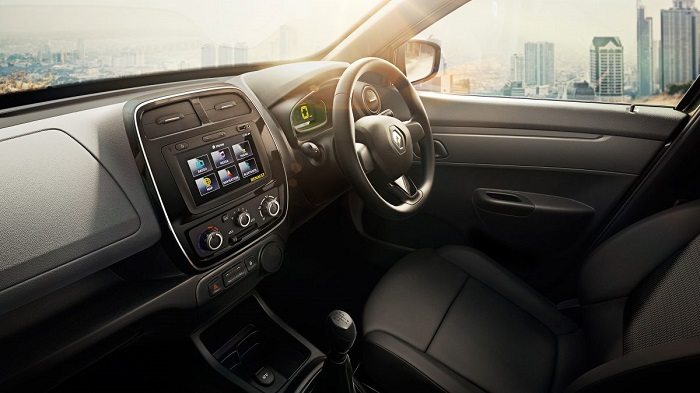 This budget hatchback comes with a plethora of accessories that allows buyers to choose from over 60 categories and 6 packs. These accessories come as paid options that are priced reasonably, and available under certain finance schemes. Some of the noteworthy accessories include chrome accents for multiple places, side cladding, outside rear view mirror, Illuminated sill plates, roof rails, multiple options for seat covers, steering wheel cover and floor mats, etc. The Kwid 1000cc comes with all the features that are accessible in the regular model. Adding to it, the vehicle also gets ABS (Anti-Lock Braking System), driver airbag, digital tachometer and internally adjustable ORVMs. 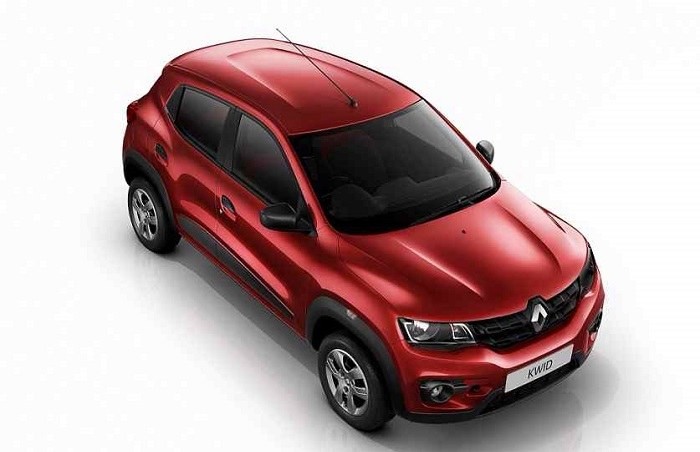