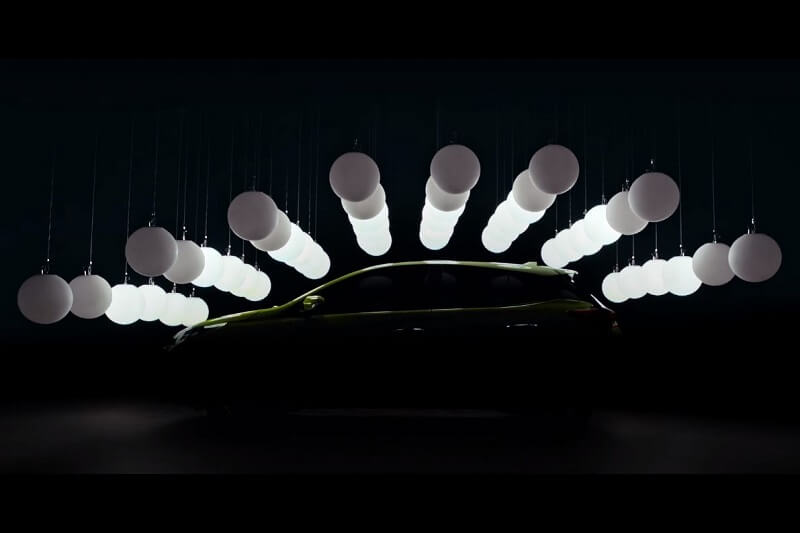 The teaser video reveals the exterior silhouette, headlamp and taillamp of the hatchback.

Toyota showcased the Yaris ATIV sedan for the Thai market last month. Now, the Japanese carmaker has dropped a teaser video of the new Yaris hatchback that will make its debut in Thailand on September 14, 2017. The video reveals the exterior silhouette, headlamp and taillamp of the hatchback.

In terms of design and styling, the Thailand-spec Yaris will be heavily inspired by the Yaris ATIV sedan (especially the front fascia). Upfront, the car will feature new sweptback headlamps with LED daytime running lights (DRLs), revised bumper and new elongated fog lamp housing. The front upper grille will also be revised, and the lower V-shaped grille will be bigger than its current Thai model. Read About – India-bound Toyota Yaris Hatchback

The roofline, which is further sloping below the C-pillar, will add more to its sporty appearance. The teaser video confirms that the hatchback will get new wraparound tail lamps and revised tailgate. The new Yaris carline will also get a new lime green colour option. On the contrary, the interior will see minor updates inspired by the Yaris ATIV. Toyota might improve the safety quotient of the car by adding new features such as seven airbags, HAC, VST, HAC and TRC. Read – Toyota C-HR Hy-Power Hybrid Concept Pictures & Details

Currently, the Thai-spec Toyota Yaris hatchback comes packed with the 3NR-FE 1.2-litre, four-cylinder Dual VVT-i engine linked to a CVT gearbox. This motor can generate 86PS of power and 108Nm of torque. Engine configuration for the new model is likely to remain unchanged. Read – Upcoming Toyota Cars in India

Toyota might also introduce the Yaris hatchback in the Indian market. However, it’s not confirmed if it will be the current global version (facelift) or the new-generation model. If launched, the Yaris will go head-to-head against Maruti Baleno, Hyundai Elite i20 and Honda Jazz.