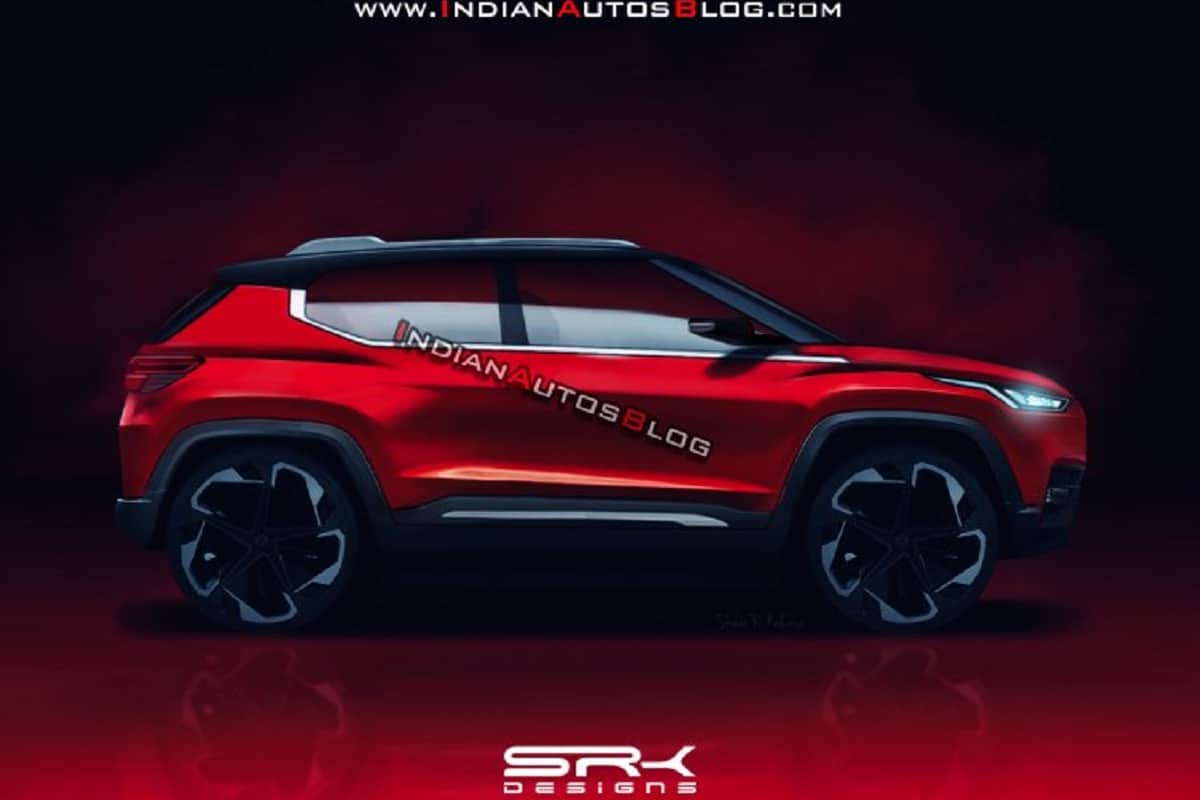 The Japanese carmaker, Nissan is all set to foray into the subcompact SUV space with an all-new model that’s slated to go on sale in coming months. Ahead of its official unveiling and launch, the company has dropped a teaser showing its bold side creases, roof rails and slightly slopping roofline. While there is a time to get a full picture of the new Nissan compact SUV, a digital rendering gives us an idea what it could look like.

The new Nissan compact SUV will carry conventional straight character lines with upright stance. Upfront, the vehicle will feature boomerang-shaped headlamps as we have seen in the Kicks. The squarish wheel arches with black cladding, dual-tone 5-spoke alloy wheels, shoulder lines rising towards the C-pillar and the raked rear quarter glass adore its side profile.

Official details of the vehicle are yet to be revealed. Though, it’s likely to be based on the CMF-A platform that also underpins the Renault Triber. The new Nissan compact SUV might share most of its design elements and components with the upcoming Renault HBC compact SUV that will debut at the Auto Expo 2020.

At the engine front, the new Nissan compact SUV might get the 1.0L, 3-cylinder Energy petrol engine boosted with turbocharger. The same motor will debut on the Renault Triber MPV early this year. The power and torque figures are unknown. Transmission choices might include a manual and an AMT unit or a CVT gearbox.

Once launched, the new Nissan compact SUV will face challenge from multiple cars including Maruti Suzuki Vitara Brezza, Hyundai Venue, Mahindra XUV300, Tata Nexon and Ford EcoSport. The upcoming subcompact SUVs from Kia, MG and Jeep will also be put up against the new Nissan SUV. Its prices are likely to start from Rs 6.50 lakh and go up to Rs 11 lakh (ex-showroom).