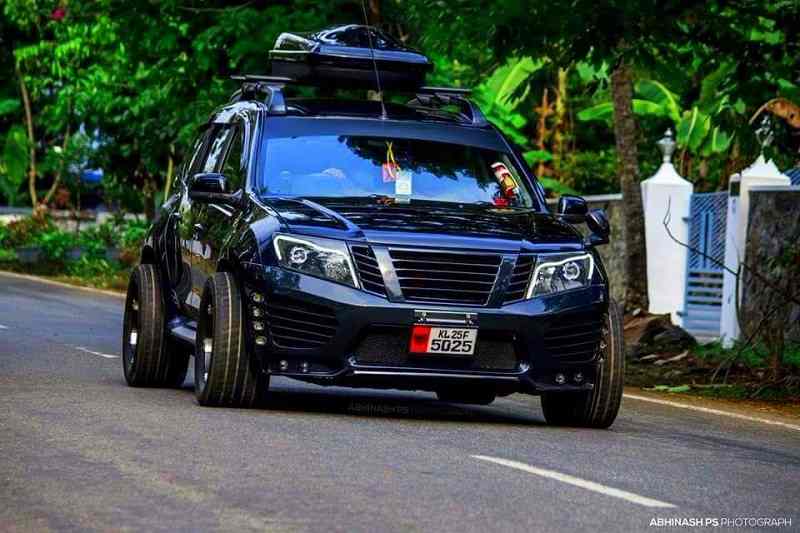 This modified Nissan Terrano is a looker! Sporting more muscles, new bits and extra wide tyres, it looks every inch a killer. Modified by 360 Motoring car studio, it by far the meanest mod Terrano that we have seen. While this transformed Terrano receives several changes over the regular model, the modifier has given it a new name as well, ‘The Bull’. It certainly looks like one in the new livery. The Zentum body kits comprising new front and rear bumpers, give it an all-new look. Also See – Meet India’s First Restomodded Maruti SS80 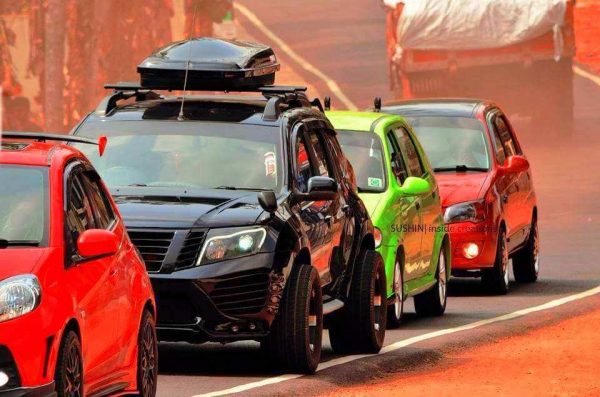 Up front, the conventional fog lights have been replaced by the LED lights. There are six LED units on each edge of the front bumper. With the new name, the Nissan badge has also gone. It gets custom headlamps with integrated LED daytime running lights.What really stands out are the extra wide tyres paired to the custom alloy rims. The fat tyres make a statement and lend this modified Nissan Terrano a mean look. Read More – This Custom Tata Safari Renamed ‘Tusker’ Looks Stunning

Another unusual bit on the SUV is the black luggage box atop. The roof rails carry the neat looking luggage box that further accentuate its robust stance. Round the back, there is a roof-mounted spoiler that goes well with the other changes. Furthermore, the blacked-out taillights are in line with its all-black theme. The rear additionally comes with the quad-exhaust tips. Also See – This Custom Mahindra Scorpio Is Meaner, Muscular and More Aggressive

The changes are also extended to the interior. Unlike the all-black exterior colour scheme, the interior of this modified Nissan Terrano sport dual tone upholstery in beige and brown colour theme. One of the notable additions on the inside is the extreme audio system which is said to cost around Rs 3 lakh.

As for the mechanical details, it seems to be intact, which means the changes are ostensibly restricted to the aesthetic updates. With these changes, the Japanese cousin of Renault Duster looks outstanding. 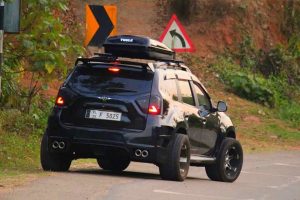 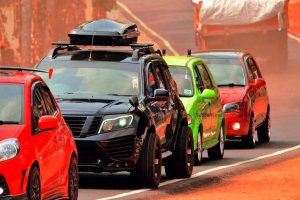 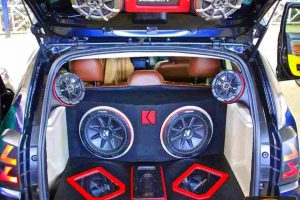 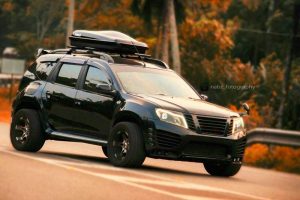 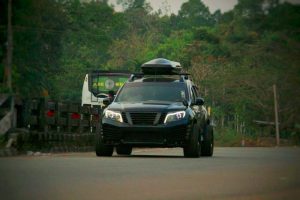 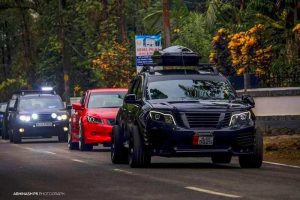