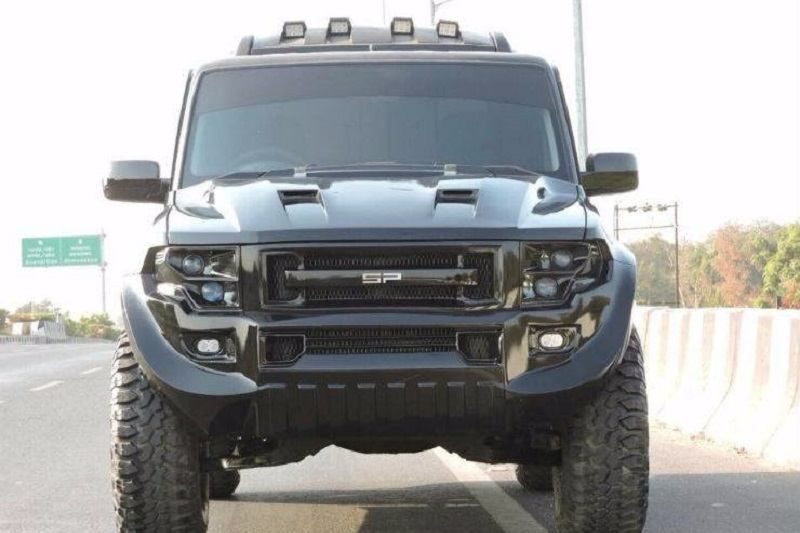 While Mahindra Scorpio is quite popular among the SUV enthusiasts for its rugged looks and aggressive styling, there are some modified examples of the model that can literally give you customization goals. Here is one such custom Scorpio that has been modified by SP Design Studio that looks way meaner and dapper than the regular Scorpio, have a look. 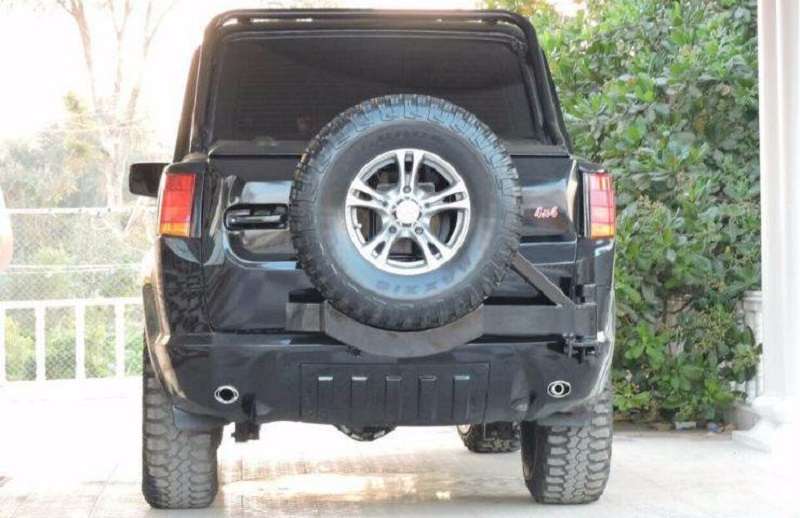 The headlamp housings have also been replaced with the new units that seem to be inspired by the Ford F150 Raptor truck. Besides, the custom split-grille up front also bears resemblance to the one on Ford F150 Raptor truck. Moreover, the vertically stacked up projector headlamps inject aggression to the face. Other bits such as the fog lamps on the front bumper and a metal bash plate further accentuate the assertive look. Peek Out – Modified 2017 Mahindra Thar by DC Design

In line with its aggressive look, the custom Scorpio gets faux vents on the hood. Besides, it also comes with mounted LED auxiliary lamps on the roof for enhanced visibility, when required. Radical changes are made to the rear end that give it a completely new look. Inspired by a pick-up truck, the custom Scorpio comes with a cargo area that has been carved by chopping up space from the cabin. Also See – TVS Scooty Pep Modified to Look Like KTM Duke 125

While it mirrors styling of a pick-up, thanks to the covered cargo tray at the rear, the wheelbase of the vehicle remains unchanged. Yet another change at the rear is the mounted spare wheel with a hinge to move it. If you think that is all, there is more to it. This custom Scorpio sports a redesigned bumper and dual exhaust pipes for a more rugged look. Even the taillamps have been changed to a single unit which comes with indicators and brake lights. 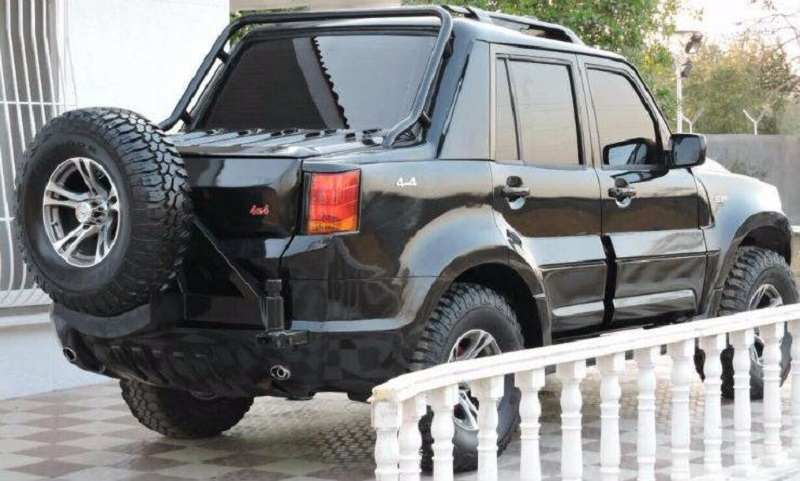 As for the side profile, it vaguely reminds of the Mahindra Xtreme. The wheel arches have been reworked for an embossed look. In addition, it rides on the Maxxis Off-road tyres, wrapped with new set of alloys. Under the hood, it retains the 2.2-litre, four-cylinder mHawk oil burner from the regular model. Tuned to make maximum power of 120bhp against 290Nm torque, the vehicle is offered with a choice between a 4×2 and a 4×4 drivetrain with shift-on-the-fly. 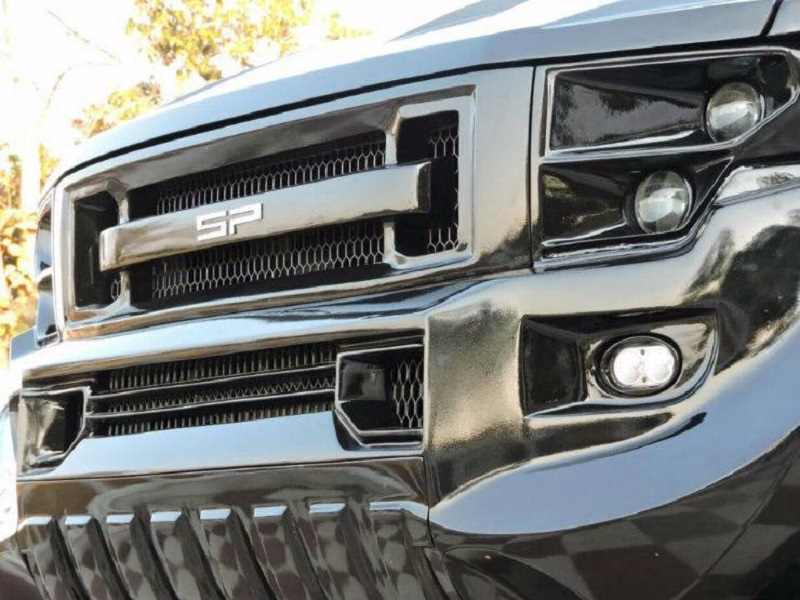 If you own a Mahindra Scorpio and find this mod kit interesting, you can get your car transformed for Rs 6.5 lakh. One must note that the time taken for customization will be around two months.