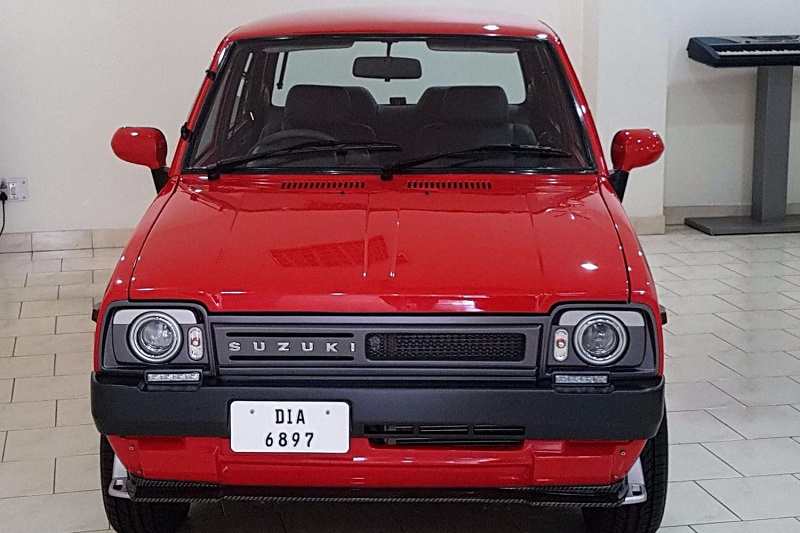 This old Maruti SS80 has been given another lease of life, thanks to the modification that makes it way modern than the original model.

This old Maruti SS80 has been given another lease of life, thanks to the modification that makes it way modern than the original model. While some may find it a bit dated, but it gets a host of new bits for a more appealing look. One of the first products from Maruti Suzuki for the Indian market, the nameplate implies that it was produced between 1983 to 1985.

In a bid to give it a completely new look, the original grille has been replaced with a new one that comes with the Suzuki lettering. Similarly, the old headlamps have been dumped for new projector units and the bumper in front has gets some rework. Additionally, the front bumper comes with LED daytime running lights. Check Out – India’s First Mirco Car That Ran On Three Wheels 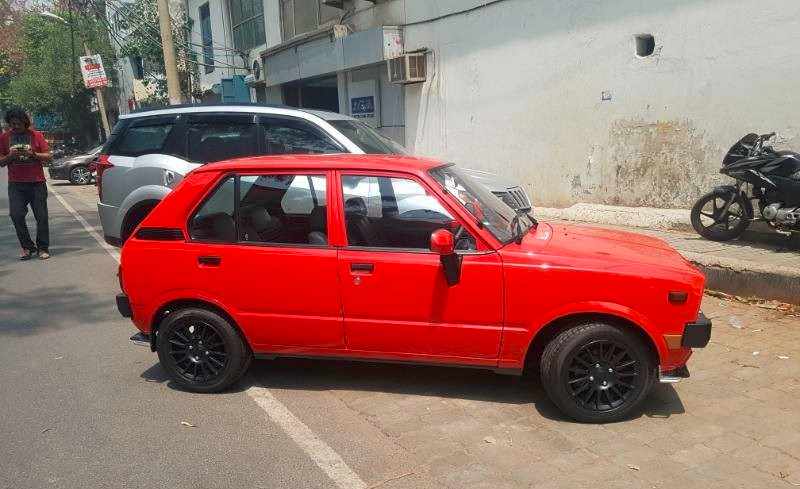 There is more to the front profile, the lip spoiler with carbon fibre finishing is placed beneath the fascia, though it somehow doesn’t fit the bill. While it manages to enhance the vehicle’s visual appeal, therefore one can make do with it.

On the sides, it features larger and thicker tires. This probably lends more mass to this ‘restomod’. And the blacked-out multi-spoke wheels, wrapped around the tires, further add to its appeal. Another benefit of the fatter wheels and new alloys is the it fills the void between the arches and improves the overallstance of the vehicle. Furthermore, this modified Mauti SS80 gets carbon fibre side skirts for a sportier look and it additionally gets Alto badges on the front fenders. Photo Gallery – This Modified Maruti Baleno Has Lambo-like Doors 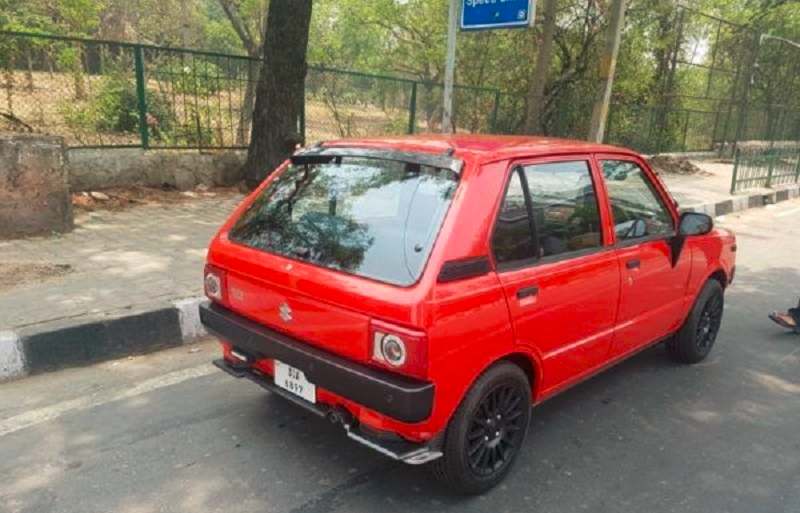 The new wing mirrors on the restomod look a bit out of the place. While they look modern, but seem oversized for a small car like SS80. At the back, it gets new details like the redesigned bumper, carbon fibre rear lip and aftermarket LED taillamps. While the original tail pipes have been retained, it comes with a carbon fibre roof spoiler with a single asymmetrically positioned LED reversing lamp. 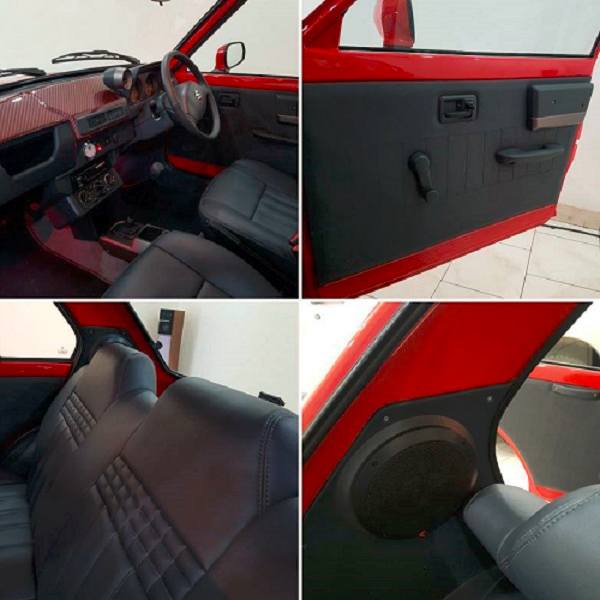 On the inside, the dash gets carbon fibre insert, a modified glove-box and an all-new centre console. The new centre console makes space for the HVAC controls, analogue clock and an aftermarket head unit. The floor console is all new and the seats get leather upholstered covers.

Even the door panels have been re-designed. There’s an Alto steering inside, a tachometer and foot-well lighting. While the details on the mechanical bits are obscure, the restomodded SS80 comes with an air conditioner.