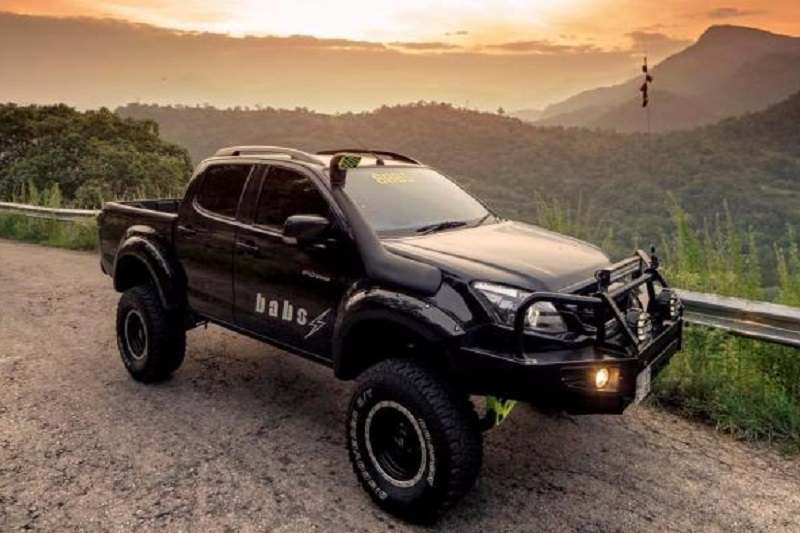 Modified by the Kerela based Grid7 Customs, this custom Isuzu V-Cross is owned by photographer Abin Abraham.

Isuzu’s D-Max V-Cross pick-up truck is quite popular among customizers and this mod example of the pick-up truck sports plethora of new elements that bestow a meaner look on it. The raised stance adds to the bulk and bolsters the muscular look. Another element that grabs attention is the Royal Enfield Himalayan that comes strapped into the luggage area. Modified by the Kerela based Grid7 Customs, this custom Isuzu V-Cross is owned by photographer Abin Abraham and was displayed at the Thrissur Motor Show recently. 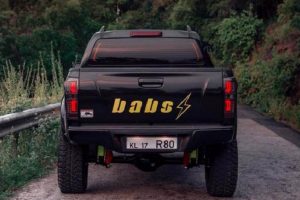 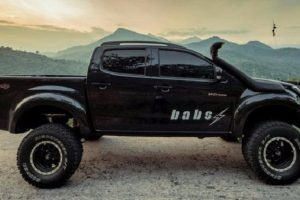 While the suspension has been raised by 6-inch, this beast also features a reworked bumper and a snorkel at front. At the side, there are beefy 305/70 section Cooper all terrain tyres that come wrapped with 16-inch Lenso Zeus Camel rims. The fat tyres are neatly tucked under the custom-built arches. There are top-spec PIAA LED Auxiliary Laps, light bars, Aeroklas Bed Liner and a custom LED taillamps. The chrome bits have been removed for an all-black look. Check Out – India’s 5 Best Modified Mahindra Thar

Power on this mode V-Cross comes from the potent 2.5-litre common rail, turbo diesel engine with 134bhp power and 320Nm torque. This is the same unit that is used in the stock version. For transmitting power, there is a conventional 5-speed manual gearbox supported by a 4-wheel drive transfer case with low and high ranges. The mighty engine is claimed to hit up to 180km/h of top speed and can sprint to 100km/h from rest in around 12 seconds. Pictures – 5 Best Modified Mahindra Scorpio

For performance enthusiasts, there is a remap available that ups the total engine output to 200bhp along with 480Nm torque. As for this mod V-Cross, it misses out on the remap.