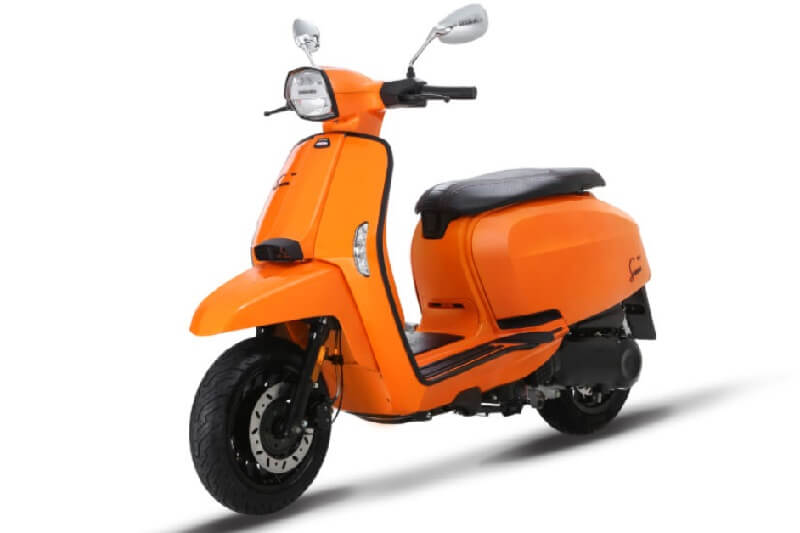 At the EICMA show, Lambretta had displayed some of its models-V50 Special, V125 Special and V200 Special.

The popular Lambretta scooter from the 1990s is set to make a comeback in India. It is indeed one of the oldest and most known brands in the scooter space that was assembled here from 1950s to 1990s under license from the brand. After a long lull, the brand showed up this year at the 2017 EICMA Motor Show held in Milan. It is revealed that the company will first venture into the European market sometime next year with its range of scooters that will be manufactured in Taiwan. The Indian market on the other hand will receive Lambretta scooters a year later in 2019.

At the EICMA show, Lambretta had displayed some of its models-V50 Special, V125 Special and V200 Special. Interestingly, the company will make a comeback with these models followed by other vehicles later in the future. Read – Top 10 Upcoming Bikes in India

All the three scooters will share the same underpinnings and will have similar dimensions. The V50 will be the smallest and will receive a 49.5cc, air-cooled, carburetted, single-cylinder engine with 3.5bhp at 7,500rpm against 3.4Nm of torque. On the other hand, the V125 will draw power from the 124.7cc, fuel-injected unit good for 10.1bhp at 8,500rpm against 9.2Nm torque at 7,000rpm.

In terms of equipment, all the V Specials will sport a LED headlamp and turn signals. Additionally, the telescopic suspension set up will be standard and Lambretta will equip 220mm hydraulic disc front brake and 110mm drum unit at rear on all three models. Another standard bit on all the models will be a 12V charging socket, seen in most of new-age scooters. Read – Upcoming 150cc Bikes & Scooters in India

Reports in media indicate that the owner of Lambretta, Innoceti S.A is in the process of acquiring distribution in India and could also contemplate manufacturing as well as assembling scooters in India. One must note that no official announcement has come on the same from the manufacturer, though we will update our readers as soon as more information is revealed.