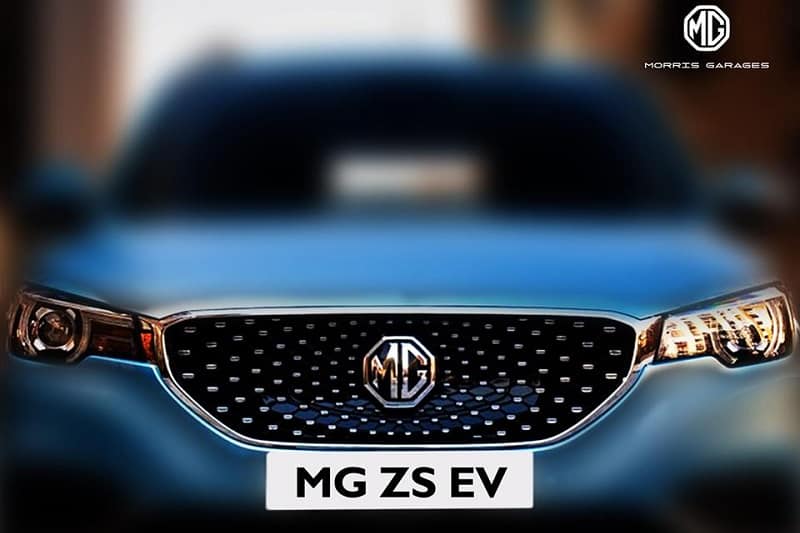 MG Motors is gearing up to launch its second product in the Indian market. Called the MG ZS, the electric SUV will see a release by the end of this year. Ahead of its official launch, the company has dropped a teaser picture revealing its aggressive grille with black mesh design and signature badge and projector headlamps with LED DRLs. Read – MG Hector Modified With Dark Black Theme

Powering the new MG electric SUV will be a water-cooled 44.5kWh lithium ion battery pack coupled to a 148bhp electric motor. It can accelerate 0-100kmph in 8.5 seconds and attain a top speed of 140kmph. The MG ZS will offer an electric range of over 300km on a single charge. Read – MG Hector 7-Seater Launch Details Out

The carmaker’s Halol based plant will serve as a production hub for the MG eZS in India. The SUV will be a beneficiary of the incentives offered by the government under the FAME II scheme. It’s estimated to cost between Rs 18 lakh – Rs 19 lakh and take directly on the Hyundai Kona.