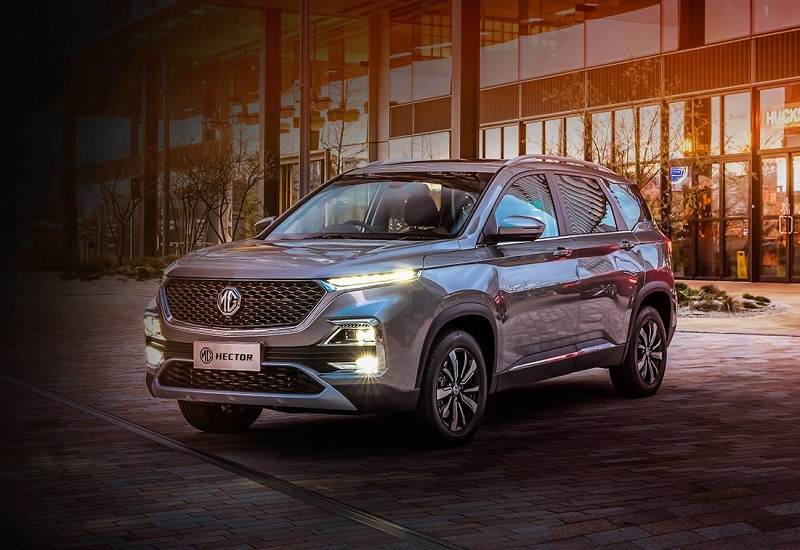 MG Motors had launched the Hector 5-seater premium SUV earlier this year. Priced aggressively, the SUV has been receiving excellent response from buyers with pre-orders crossing 28,000 mark. In order to meet the demand, MG plans to double its production. Dealers will again start taking pre-orders for the Hector from October this year. The company will also launch 2 new SUVs in India in the next 6 months.

The MG Hector is a big SUV, sizing equivalent to the Toyota Fortuner. The company is readying the 7-seater version of the SUV, which is reportedly to be launched during Auto Expo in February, 2020. Before the 7-seater Hector, MG will bring the Hyundai Kona rival – the e-ZS during the end of this year.

The 7-seater MG Hector will be locally developed at the SAIC’s Halol based plant in Gujarat. For people not in the know, the Hector is basically the re-engineered version of the Baojun 530 SUV. The Wuling Almaz 7-seater SUV is also the re-badged Baojun 530. It is expected that the 7-seater Hector will share the interior configuration with the Almaz.

The front and side profile of the Hector 7-seater will be similar to the regular model, though changes could be made at the rear end in the form of new bumper and muffler. Inside the cabin, the second row of seat comes with one-touch tumble function to access the rear. The bench type second row can be move forward and backward to create more room at the back. The Almaz’s third row of seats has 50:50 split function.

The 7-seater MG Hector will be powered by a Fiat-sourced 2.0-litre turbocharged diesel engine that also powers the Tata Harrier and the Jeep Compass. This engine is capable of producing 170bhp of power and 350Nm of torque. The petrol version will get the 140bhp, 1.5-litre turbocharged engine. Transmission options will include a 6-speed manual and a dual-clutch automatic.