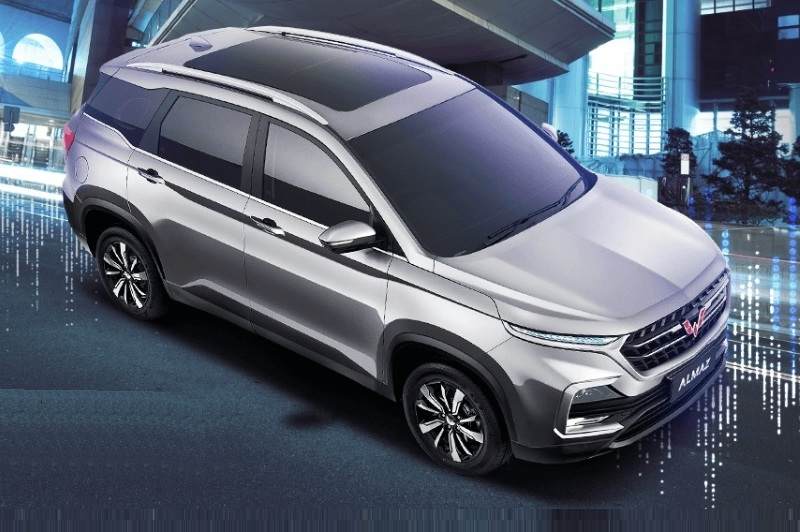 MG Hector SUV is the first product from the Korean carmaker in India. The company has already confirmed that its second model will be the MG eZS electric SUV that will go on sale in December, 2019. MG will further expand its Indian portfolio with two new SUVs – Hector 7-seater and a compact SUV. Both models are likely to debut at the Delhi Auto Expo in February, 2020.

Talking about the MG Hector 7-seater, the SUV recently made its debut as Wuling Almaz at the 2019 Gaikindo Indonesia International Auto Show. Wuling Almaz, which is essentially the re-engineered Baojun 530 (China-spec), looks exactly similar to its 5-seater version. Though, it has witnessed comprehensive changes inside the cabin.

The Hector 7-seater offers a bench seat with one touch function for the second row passengers. There are AC vents for the third row seat occupants. For connectivity purpose, the SUV offers a 10.4-inch touchscreen infotainment system with smartphone support. Powering the MG Hector 7-seater is a 1.5L turbocharged engine that’s good enough for 140bhp and 250Nm. Transmission choices include a 6-speed manual and a CVT. Read – MG Hector To Get BS6-Ready Diesel Engine In January, 2020

The Korean carmaker also aims to tap the compact SUV segment with an all-new model that could be the re-engineered Baojun RS-3. The China-spec version of the Baojun RS-3 is reported to measure 4300mm in length, 1750mm in width and 1625mm in height with a wheelbase of 2550mm. Engine setup of the SUV might include 2 petrol motors – a 104bhp, 1.5L and a 128bhp, 1.2L turbocharged.