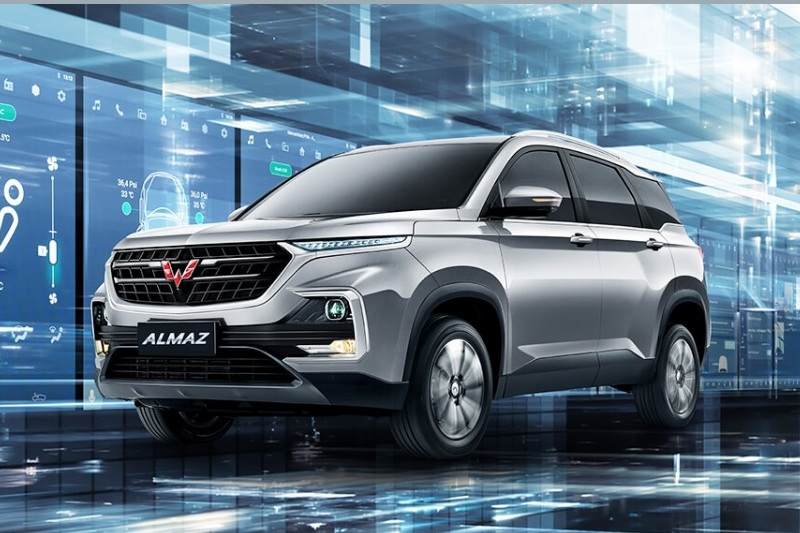 Wuling Motors Indonesia has finally launched the Wuling Almaz 7-seater (MG Hector 7-seater) at the 2019 Gaikindo Indonesia International Auto Show (GIIAS). Wuling Almaz is essentially the re-engineered China-spec Baojun 530 that will also make its way to India. While its official launch details are yet to announced, its reported to hit roads in January, 2020.

Major changes have been made inside the cabin. The SUV gets a 10.4-inch touchscreen infotainment system with smartphone connectivity along with WIND (Wuling Indonesian Command) for voice commands. The Almaz’s second row bench seat has one touch function that provides access to the third row and makes seating comfortable. For third row seat passengers, the air conditioning vents are fitted on the sides. Read – MG Hector Accessories, Warranty & Maintenance Package

Under the hood, the Wuling Almaz 7-seater (MG Hector 7-seater) houses a 1.5L turbocharged engine pushing out power worth 140bhp and 250Nm of torque. It can be had either with a 6-speed manual or a CVT gearbox.