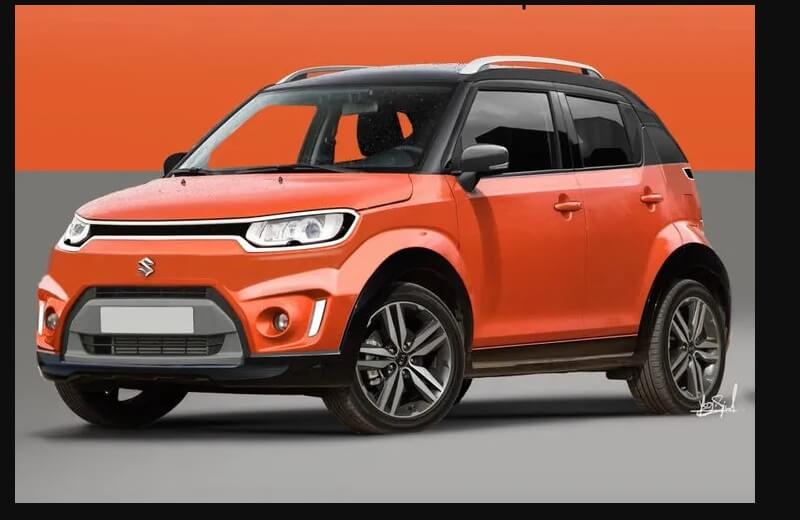 Maruti Suzuki is gearing up for the launch of the much-awaited new entry-level SUV, called the S-Presso. Scheduled to be launched on September 30, 2019, the new model will directly rival the Renault Kwid. The S-Presso is basically the production version of the Future-S Concept, which was showcased at the 2018 Delhi Auto Expo. The mini SUV has already been spotted multiple times, but there are no clear pictures of the car have hit the internet.

Based on the spy images, a new rendering shows the possible design of the upcoming Maruti Suzuki S-Presso. The front gets a sleek grille which flows into the headlamps. It features an upright stance with high bonnet, muscular bumper and stylish alloys. However, the production ready model will get conventional wheels to keep pricing in check.

The side profile features a tall boy profile. At the back, the entry-level car has SUV-like stance with sleek tail-lights and silver diffuser. Black plastic cladding can be seen on the lower end of the vehicle, which gives it a rugged profile. If reports are to be believed, the S-Presso will come with high seating position, dynamic central control and enhanced 10 plus safety features.

Dimensionally, the Maruti Suzuki S-Presso is 3,565mm in length, 1,520mm in width and 1,564mm in height, and has a wheelbase of 2,380mm. The S-Presso is 114mm shorter, 59mm narrower and has 42mm shorter wheelbase than that of the Kwid. However, the S-Presso is considerable 86mm taller than the Renault’s entry-level model. The Maruti Suzuki S-Presso comes with 180mm ground clearance, which is the same as that of the Kwid. The mini SUV rides on 14-inch wheels wrapped in 165/70 section tyres. Also See – Maruti S-Presso Dimensions Leaked

The Maruti Suzuki S-Presso mini SUV will be powered by a BSVI compliant 1.0-litre, 3-cylinder K10B petrol engine. In the BS4 form, the powertrain produces 68bhp of power and 90Nm of torque. Transmission options include a 5-speed manual and an AMT unit.