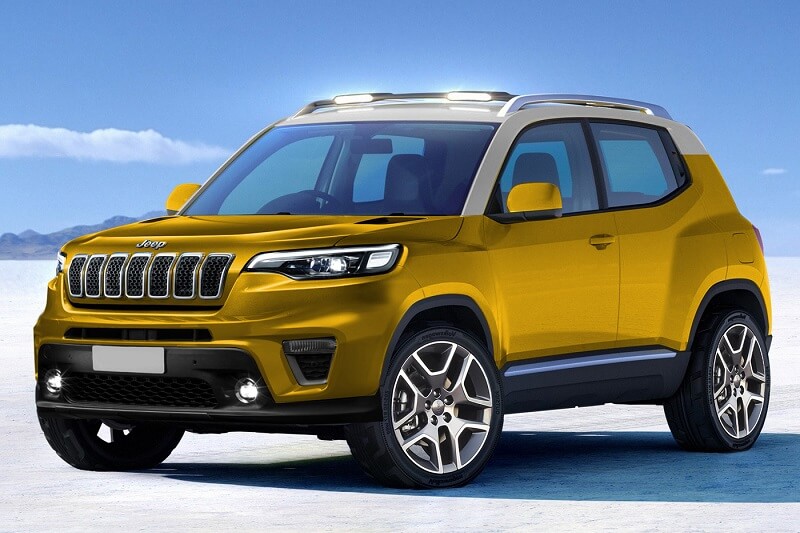 Despite slowdown, carmakers are busy readying new cars for the Indian market. A range of new cars are set to hit showrooms in the next 1 or 2 years. Few of these cars have already been spotted testing on Indian roads. Here we take a look at renderings that shows the possible design of the upcoming 5 brand new cars in the Indian market –

Homegrown UV maker, Mahindra is readying the next-generation Scorpio SUV. The new SUV has already been spotted multiple times during test rounds. Going by the pictures available on the internet, it is visible that the new Scorpio is longer with design inspiration from the Alturas G4. The vehicle will also offer forward facing third row of seats. It will be powered by a new 2.0-litre turbo-diesel engine that is likely to produce over 160bhp of power. It is likely to debut at the 2020 Delhi Auto Expo, while launch could take place in March-April 2020.

The next-gen Mahindra Thar will receive significant changes including new GEN3 platform, new engine and a factory-fitted Hardtop. The SUV will also receive several modern day features including multi-functional steering wheel, new instrumentation, music system, a provision to add touchscreen infotainment system and others. The new Mahindra Thar will be powered by a newly developed 2.0-litre turbocharged diesel engine, which is expected to produce around 140bhp of power and over 350Nm of torque. It is expected to be launched in the first quarter of 2020.

Hyundai is testing the next-gen i20 hatchback in India as well as on foreign soil. The new model is most likely to be unveiled at the 2020 Delhi Auto Expo. It will receive significant design changes and more upmarket interior. The hatchback will be offered with 2 new engines – a 118bhp, 1.0-litre turbocharged petrol and a 115bhp, 1.5-litre diesel. Both automatic and manual transmission options are likely to be on offer.

Jeep is also working on a sub-4 meter compact SUV for the growing markets. This SUV will first go on sale in India, followed by other nations including Brazil. It is expected that the new SUV could debut in 2020, though official launch timeline is yet to be announced. The new model will be based on the Fiat Panda’s 4×4 platform. It is also expected to be the first sub-4 meter SUV to offer four-wheel-drive option. It will challenge the likes of the Ford EcoSport, Tata Nexon and others in the sub-4 meter category.

The homegrown passenger vehicle maker, Tata Motors is developing an all-new premium SUV, which will be positioned between the Nexon and the Harrier. Codenamed Blackbird, the new SUV will take on the likes of the Hyundai Creta, Renault Duster and the Kia Seltos. If reports are to be believed, the SUV will be based on the Chery Tiggo SUV that is on sale in the Chinese market. The concept version could debut at the 2020 Delhi Auto Expo.