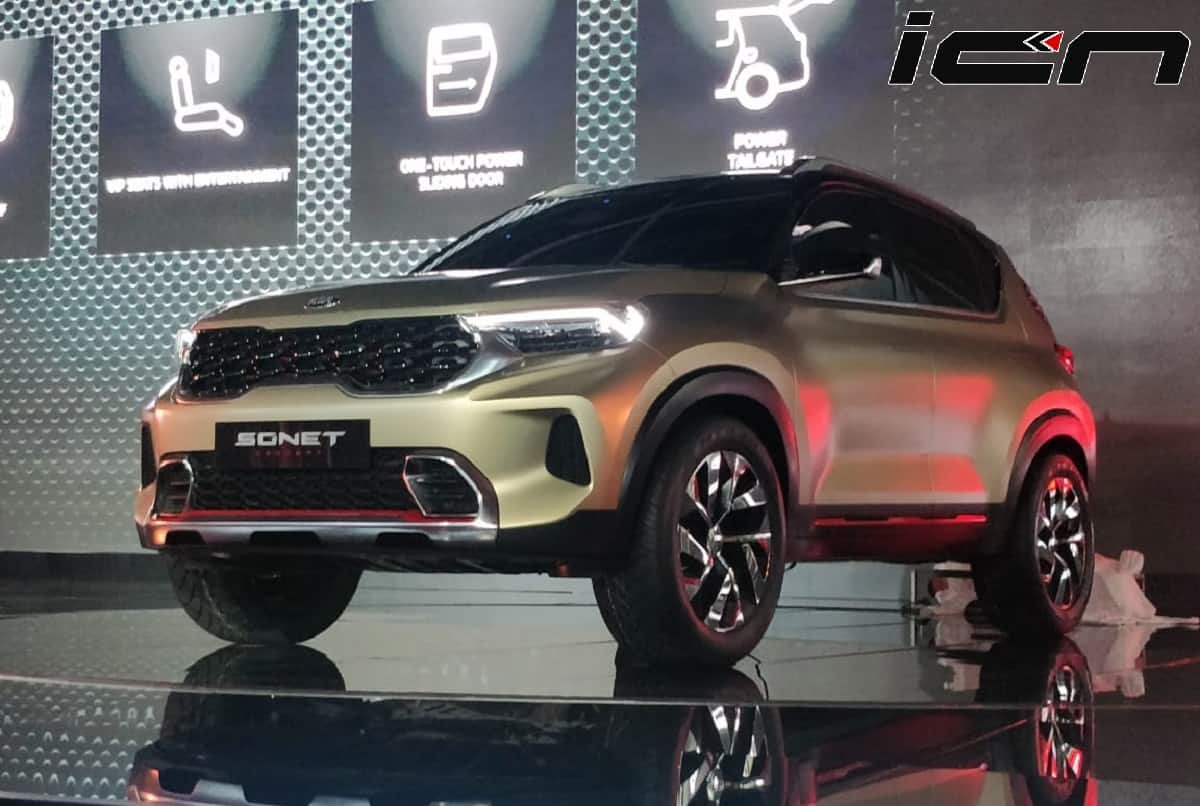 Korean automaker, Kia had unveiled the Sonet sub-4 meter SUV at the 2020 Auto Expo. The new Kia Sonet will be the brand’s smallest SUV in India. The SUV is scheduled to be launched in the second half of this year, most probably around August-September. The company had only unveiled the exterior design; however, the Sonet is claimed to be the most feature-loaded and advanced SUV in its category.

With Sonet, Kia will enter into the highly competitive sub-4 meter SUV category. The Kia Sonet will directly rival the segment-leader Maruti Vitara Brezza, Hyundai Venue, Mahindra XUV300, Tata Nexon and the Ford EcoSport. For people not in the know, the Sonet is based on the Hyundai Venue’s platform.

The Kia Sonet will be offered with 3 engine options – a 1.2-litre, 4-cylinder naturally aspirated petrol, a 1.0-litre, 3-cylinder turbocharged petrol and a 1.5-litre diesel. A 6-speed manual gearbox driving the power to the front wheels will come as standard. The petrol version will also get the segment-first iMT (intelligent manual transmission), which features auto-rev matching. This transmission will be easier for new drivers as it removes the need of clutch while shifting gears.

The Kia Sonet looks completely different from any other compact SUV on sale in India including its Korean cousing – Venue. Instead of the boxy-design, the Sonet has chunkier and more compact styling with modern exterior features. It gets the Kia’s signature ‘Tiger Nose’ grille, sculpted bonnet, sharper LED headlamps, dual-tone bonnet with meshed grille and red-accents along with faux skid plates.

The SUV gets prominent roof rails, contrasting black roof, strong creases on the sculpted bonnet and stylishly designed C-pillar with unique paint job. At the back, the Sonet has large tail-lights connected by an LED light bar, roof integrated spoiler and dual-tone bumper. The Sonet concept had flush-type door handles and smaller ORVMs; however, the production model will have conventional door handles and larger wing mirrors. Adding to it, the SUV will have smaller wheels rather than the 18-inchers offered with the concept.