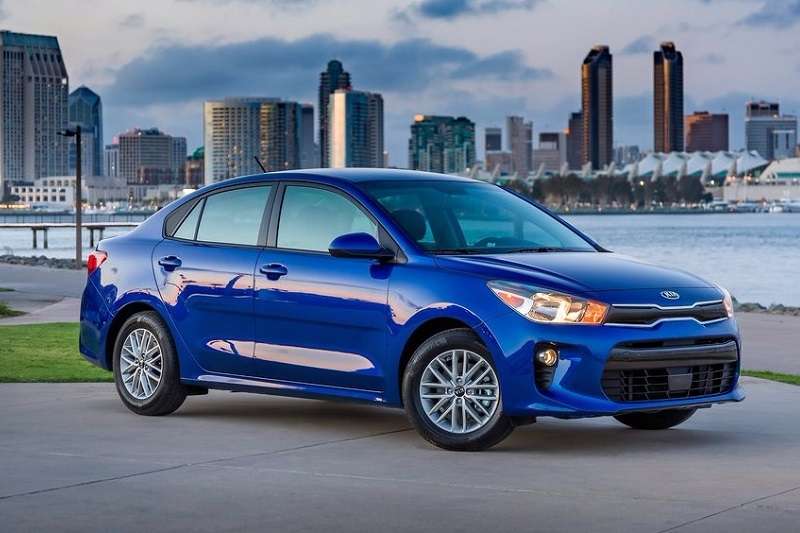 Set to rival Honda City and Maruti Suzuki Ciaz, the Kia Rio sedan will go on sale in the Indian market in 2019.

Kia, the South Korean automaker has recently announced an investment of US $ 1.1 billion in India. This money will be used to build a new manufacturing plant in Andhra Pradesh. The company will launch its first product in India in early 2019, but the Korean giant is aiming to create some buzz among buyers by participating in the 14th Edition of Delhi Auto Expo. Media reports suggest that Kia will showcase 3-4 products at the Auto Expo 2018. Additionally, the company is preparing a Honda City rival for the Indian market, which is expected to be the Kia Rio sedan. This model could also be showcased at the Auto Expo. Besides, the company will also launch a compact SUV and a luxury sedan to start its operations in India.

The Kia Rio sedan was unveiled at the 2017 Geneva Motor Show, and it has been developed on the Hyundai i20’s platform. The sedan is expected to be launched in 2019, the same year when Kia’s production facility to get operational. It will rival the likes of Honda City, Hyundai Verna and Maruti Suzuki Ciaz in the segment. The car has been jointly designed by Kia’s design studios in Europe, US and Korea. Built on the i20 platform, the sedan gets several styling elements for an enhanced look. The European car is powered by a 1.6-litre GDI unit, which is claimed to be highly fuel efficient. However, this engine is not likely to make its way to Indian market.

Kia has recently showcased its global cars to its prospective dealerships. While the entry into the Indian market has already been announced, the concrete information about the models is yet to be announced. The company will first launch a sub-4 meter SUV in India in 2019, followed by the Rio sedan in the same year. The new Rio sedan sits above 4 meter in length, and has a wheelbase of 2,570mm that translates into spacious cabin. In India, the sedan is likely to borrow its engine setup with Verna sedan, which has recently been entered into its third generation. While the petrol version could get a 1.6-litre unit, the oil burner could be a 1.4-litre U2 CRDi or a 1.6-litre U2 CRDi unit. Both manual and automatic versions will be on offer. 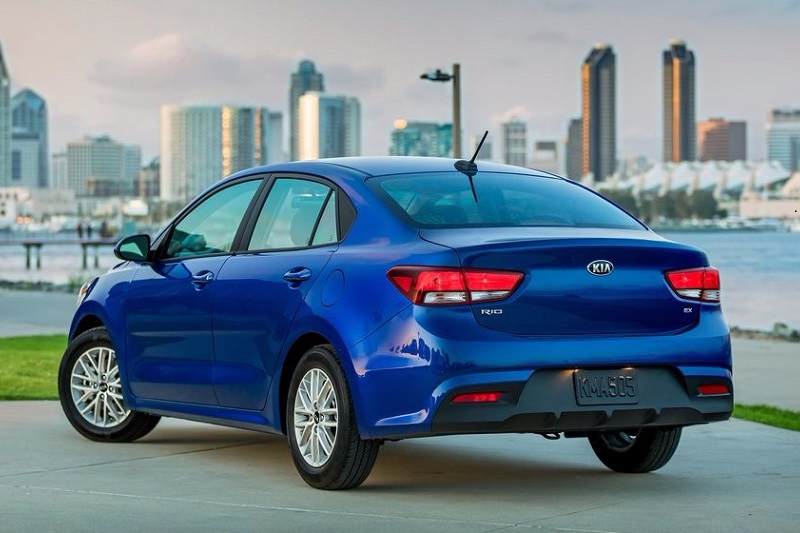 Kia will showcase multiple products at the Auto Expo 2018. The Rio sedan will also make its India debut at this Show. The company will launch the sedan in the Indian market in 2019, which is also the same year when its production unit will be functional.

Initially, the production facility will have only 40% localisation and Kia might look at forming collaborative ties with Hyundai for mechanical assistance. This will help the company to cut cost, enabling the brand to price its products competitively in the market. As for the Rio sedan, the Honda City rivalling model is likely to be priced in the ballpark of Rs 8 lakh to Rs 11 lakh. Read More – Kia Picanto India Launch & Other Details

The global model, which was unveiled at New York Auto Show, is powered by a new 1.6-litre GDI, four-cylinder, fuel injected engine. This powertrain has been retuned for improved fuel efficiency. It features aluminium valve cover and black, and the iron linings, which makes it lighter and efficient. The engine churns out a maximum power output of 128bhp and peak torque of 161Nm.  Transmission options include a six-speed manual and a six-speed automatic gearbox.

As for the Indian model, there is no information available yet. We believe that the sedan could share its engine lineup with the Hyundai Verna. The sedan is likely to get a 11.4-litre and 1.6-litre petrol and diesel units. While the petrol engines – 1.4L and 1.6L – produces 105bhp/135Nm and 121bhp/155Nm respectively, the oil burners – 1.4L and 1.6L CRDi – churns out 89bhp and 126bhp respectively. Transmission options are likely to include a 5-speed manual, a 6-speed manual and a 6-speed automatic gearbox. 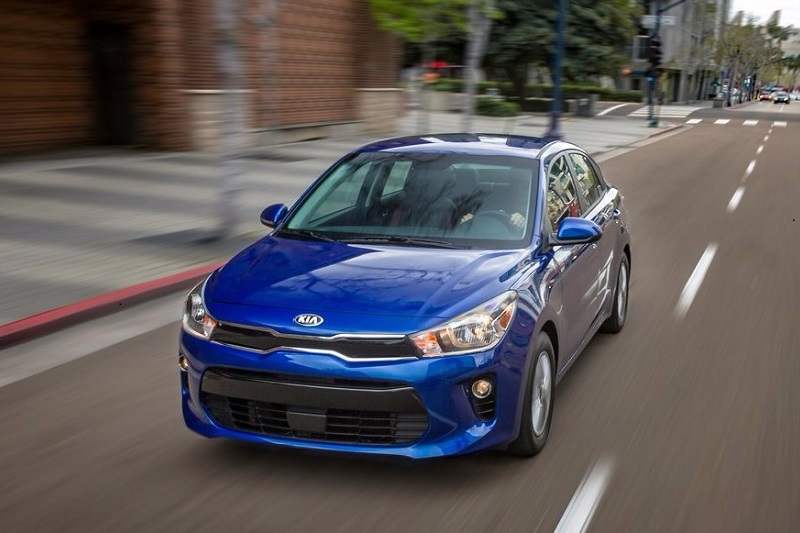 Built on an advanced platform the fourth-gen Rio sedan for the U.S market gets larger dimensions.  The wheelbase has also increased, allowing more space for the occupants inside.

As a reminder, Kia is selling the Rio sedan in the Malaysian market as well. The sedan measures 4,370mm in length, 1,720mm in width and 1,455mm in height, and has a wheelbase of 2,570mm. However, the India-spec model could see a slight change in its overall dimensions. The vehicle should have a ground clearance of around 165mm. The sedan rides on 15-inch multi-spoke alloy wheels.

Talking about styling, the new Rio sedan looks sportier thanks to the sharp lines and creases. The aggressive looking front fascia is equipped with tiger nose grille and sweptback headlamps. The lower bumper features wider air dams and fog lamps with outward surrounds. The company has also made changes to its dimensions to offer spacious cabin. Other design elements including shorter overhangs, wider rear profile with leaner tail-lights, 15-inch wheels add to its sporty appearance. 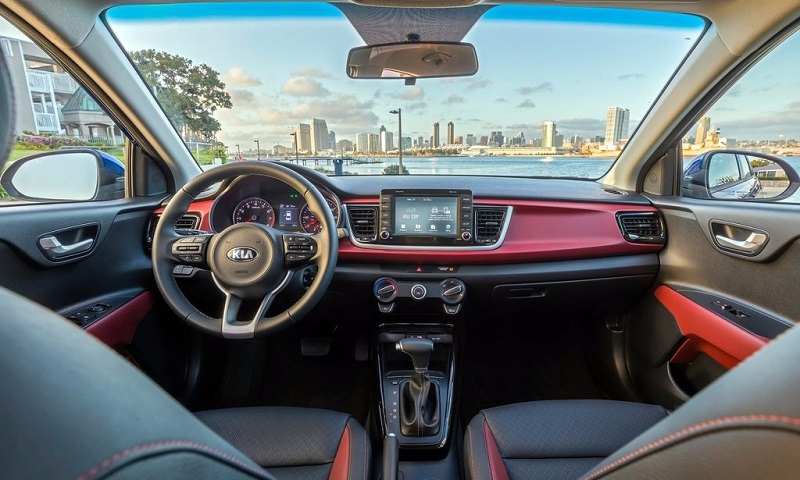 The interior has been designed keeping ergonomics in mind, which is coupled with new styling bits for a plusher look. It features all-new seats with better cushioning. Talking about features, the sedan gets Bluetooth hands-free, six-speaker stereo with satellite radio, rear view camera system and a floating touchscreen-interface in higher trims with Android Auto and Apple CarPlay. For safety and security, the sedan gets six airbags, Electronic Stability Control, Hill Start Assist Control, a four-wheel ABS (Anti-Lock Braking System) and Vehicle Stability Management. Please note the above mentioned features and styling bits are for the U.S-spec model, we will update readers about the India-bound model as soon as we receive concrete details on the same.

Kia's mid-size sedan offering Rio will be one of the first products to enter the Indian market, and will take on the likes of Honda City, Maruti Suzuki Ciaz and Hyundai Verna.