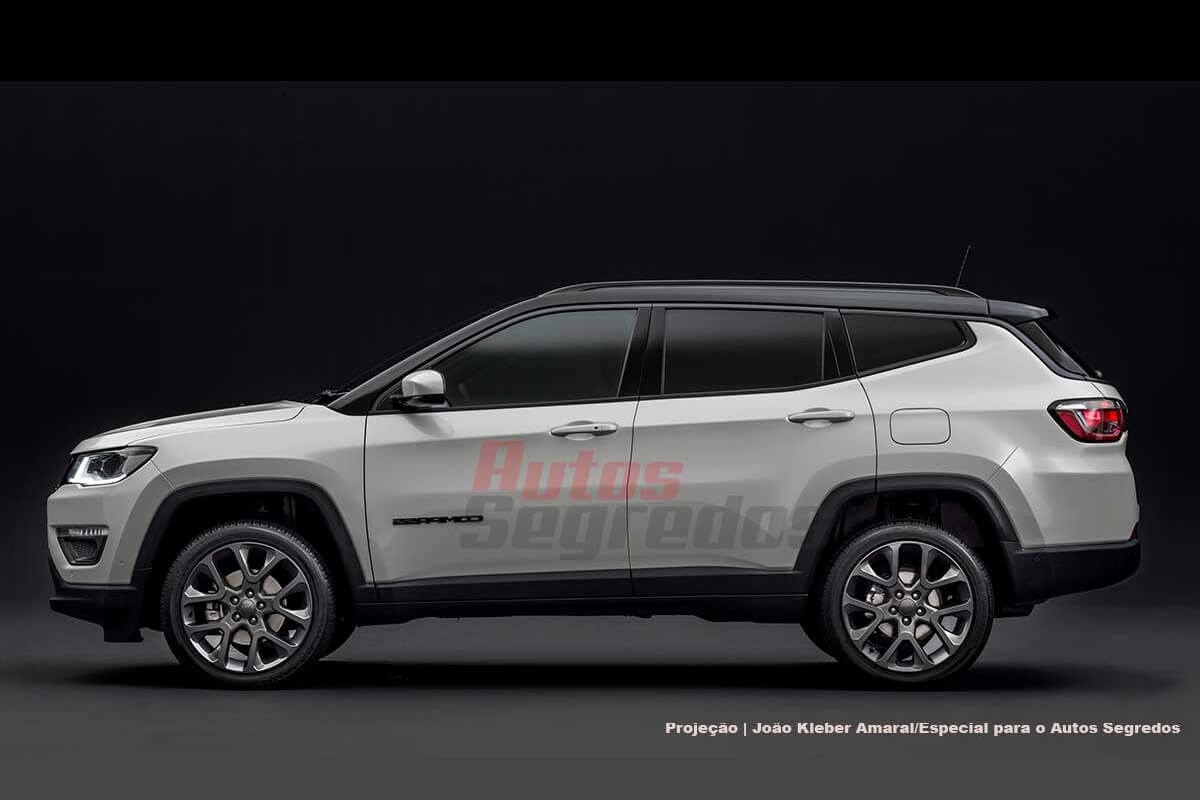 It is no secret that Jeep is developing an all-new 7-seater SUV, codenamed Low-D for the developing markets including India and Brazil. The new 7-seater SUV is scheduled to be launched in our market in 2021. The company has already started testing the SUV on foreign land.  The upcoming 7-seater Jeep SUV will be based on the Compass SUV, and is rumoured to be called the Jeep Grand Compass.

We reported earlier that Jeep is developing 4 new 7-seater SUVs and the India-bound model will be the entry-level and most affordable. The company will make significant changes to its styling. A new rendering suggests the possible design of the 7-seater Compass SUV. It will be developed on the updated Small Wide Platform, which also underpins the Renegade, Toro and the Compass. The report also claims that the new 7-Seater Jeep SUV will be equipped with a more powerful diesel engine. Also See – Upcoming Jeep SUVs in India

The rendering reveals that Jeep Grand Compass 7-seater will receive changes in terms of proportions. It will be wider and longer than the regular model; however, the wheelbase will remain the same. The SUV will have flatter roof to create more space inside the cabin. The rear doors will be larger for easier access to third row of seats. In terms of styling, the 7-seater Jeep SUV will feature revised front and rear design with new grille, new headlamps and tail-lamps and bumpers. The larger rear overhang will result into the larger glass area for the rear occupants.

The Jeep Grand Compass 7-seater SUV will be equipped with the more powerful diesel engine. The Compass is powered by a 2.0-litre MJD turbocharged diesel engine, which is good for 170bhp of power and 350Nm of torque. The 7-seater SUV could receive the 2.0L twin-turbo diesel engine, which should offer over 200bhp of power. A six-speed manual gearbox driving the power to the front wheels will come as standard, while a 9-speed automatic gearbox could be offered as optional. It will rival the likes of the Toyota Fortuner, Ford Endeavour and the Honda CR-V in India.