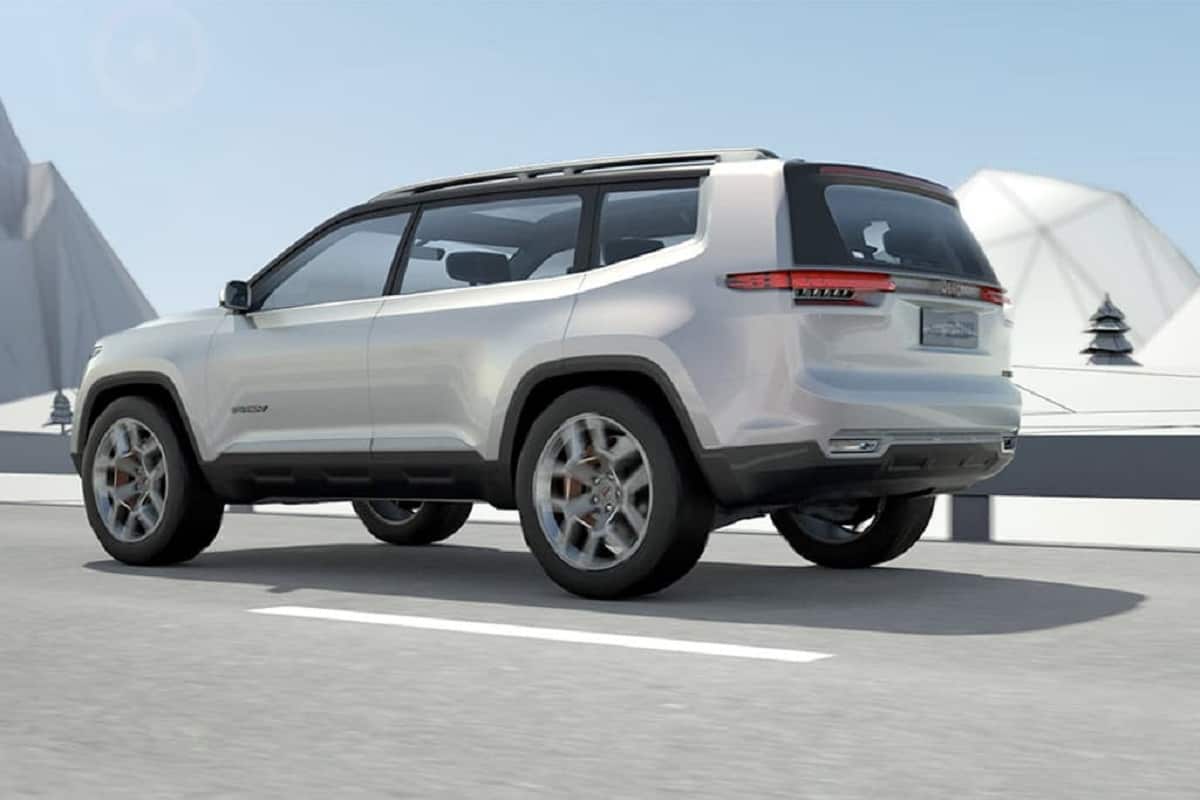 American automaker, Jeep is currently selling the Compass and Compass Trailhawk as locally developed products. Apart from these two models, Jeep is selling the Wrangler, Grand Cherokee and Grand Cherokee SRT as CBU models. The company is now readying wide range products, and will enter into the highly-competitive sub-4 meter SUV segment that’s currently dominated by the Maruti Suzuki Vitara Brezza and the newly-launched Hyundai Venue. Here’s a complete list of upcoming Jeep SUVs in India in the next few years.

The first model in our list of upcoming Jeep SUVs is an all-new sub-4 meter SUV, which is currently under development. The company has confirmed that a sub-4 meter SUV based on Fiat’s Panda 4×4 platform will go on sale in India in 2021-22. To be positioned below Renegade, the small SUV will lock horns against the Ford EcoSport, Maruti Suzuki Vitara Brezza, Tata Nexon and Hyundai Venue. While details about the vehicle are yet to be announced, it is expected that the new compact SUV will feature the signature SUV-like rugged design combined with off-road capabilities.

If media reports are to be believed, Fiat is working on a stripped down version of the 1.6-litre MJD diesel engine. The new engine is likely to come with 1500cc displacement, which could power this SUV. The other engine option will include a downsized or de-tuned version of the 1.3-litre turbocharged petrol engine, which will also power the Compass facelift. Both manual and automatic gearbox options will be on offer. The Jeep sub-4 meter SUV is also expected to be the only SUV in category to offer 4-wheel-drive system.

Not just small SUVs, Jeep is also developing an all-new 7-seater premium SUV in the Indian market. It’s surely one of the much-awaited upcoming Jeep SUVs in India. Here, it will face challenge from cars like Ford Endeavour and Toyota Fortuner. This SUV is likely to share its platform with the Compass. It will be developed at the FCA’s Ranjangaon facility, which will also serve as an export hub for Right-Hand-Drive markets. It was reported that the new model will be a stretched out Compass to have a third row of seats; however, it is now confirmed that it will be an all-new product developed from scratch.

The upcoming Jeep 7-Seater SUV will be powered by a new 1.3-litre, 4-cylinder turbocharged MultiAir 16V engine featuring electrically control valve opening. This engine is capable of producing 180bhp of power and torque between 225Nm and 245Nm. Transmission on offer might include a 6-speed manual and a 9-speed ZF-sourced automatic unit. The SUV will also receive a 2.0-litre turbocharged diesel engine, which in current form offers 170bhp of power and 350Nm of torque.

Jeep is currently working on the facelift version of the Compass SUV, which will be launched in the International markets this year. However, India will receive the Compass facelift in early 2021. The SUV will receive major upgrades inside and out. The carmaker will make changes to its sheet matel and add new plastic bits. Design highlights like squarish front, radiator grille and rear bumper will be carried over from the existing model. Majority of the changes will be made inside the cabin. It will receive new dashboard with FCA’s latest Uconnect infotainment system with a large 12.3-inch touchscreen. This infotainment system is backed by 6GB RAM and 64GB of storage and allows to create a custom page offering one-touch access to the user’s favorite features and content.

The Jeep Compass facelift will also receive a new 1.3-litre, 4-cylinder FireFly turbocharged petrol engine instead of the existing 1.4L MultiAir 2 unit. The new engine offers two states of tunes – 150PS/270Nm and 180PS/270Nm. Transmission options are likely to include a 6-speed manual, a 6-speed DCT and a 9-speed automatic. The SUV will continue to offer the current 2.0L turbocharged diesel engine producing 173bhp and 350Nm of torque.

American SUV maker is also developing the next-gen Jeep Renegade SUV, which is rumoured to be unveiled in 2021. The company is also considering the next-gen Renegade for the Indian market. In India, the Renegade will be positioned between the upcoming sub-4 meter SUV and the Compass. It will rival the likes of the Hyundai Creta, Nissan Kicks and the Kia Seltos. The next-gen Jeep Renegade will be based on the modified version of the existing Small Wide Platform, which also underpins the Compass.

The next-gen Renegade will be manufactured at the Company’s Ranjangaon facility, and will be exported to RHD markets. It will be offered with petrol and diesel engine options. The SUV could share the de-tuned versions of the 1.3L turbo-petrol and 2.0L diesel engines.