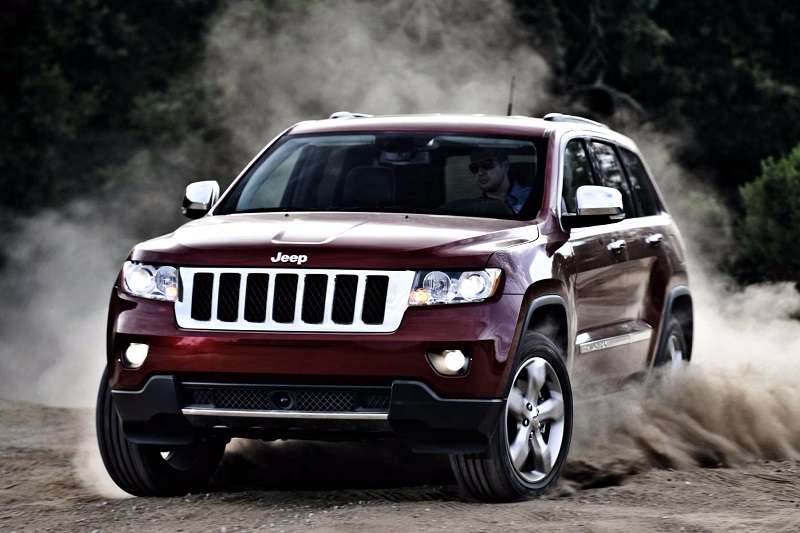 Priced at of Rs 75.15 lakh (ex-showroom), the fully-loaded Jeep Grand Cherokee petrol will cost you equal to its entry-level diesel model.

Jeep entered in India with all-new Grand Cherokee and Wrangler SUVs, which were initially made available with diesel engine only. Soon after, the American SUV marker announced its plan to add petrol versions to both the carline. While the Jeep Wrangler petrol was introduced early this year, the company has now brought in the Grand Cherokee petrol in India. Available on the fully-loaded Summit trim, the Jeep Grand Cherokee petrol carries a price tag of Rs 75.15 lakh (ex-showroom. Post GST). That means the SUV’s fully-loaded petrol variant will cost you equal to its entry-level diesel model.

Recently, the American carmaker has revealed the post GST prices of its product lineup. The new taxation system has made the Grand Cherokee and Wrangler SUVs cheaper by up to Rs 18.49 lakh. According to the revised price list, the Jeep Grand Cherokee comes in the range of Rs 75.15 lakh – Rs 1.07 crore (ex-showroom, Pan India). On the other hand, the Jeep Wrangler Unlimited petrol and diesel are now available at Rs 56 lakh and Rs 64.45 lakh (ex-showroom, Pan India) respectively. Photo Gallery – Jeep Compass Exterior & Interior Details

Coming to the Jeep Grand Cherokee petrol, the SUV’s new variant derives its power from a 3.6-litre V6 petrol engine paired to an 8-speed automatic gearbox. This motor is capable of making power worth 286bhp against 347Nm of torque. Since the new petrol version is based on the range-topping Summit trim, it is loaded with all the comfort and convenience features. Jeep has also made the air suspension package standard across the Grand Cherokee range. This advanced setup can automatically raise and lower the ride height while driving the car. Photo Gallery – This Modified Mahindra TUV300 Looks Like Jeep Cherokee

With an aim to further expand its India product lineup, Jeep will bring in the all-new Jeep Compass which is scheduled to launch on 31st July 2017. It is likely to be most affordable SUV from the American carmaker in India. Besides this, the company has also confirmed a few more products for the Indian market including Renegade and 515 compact SUV.