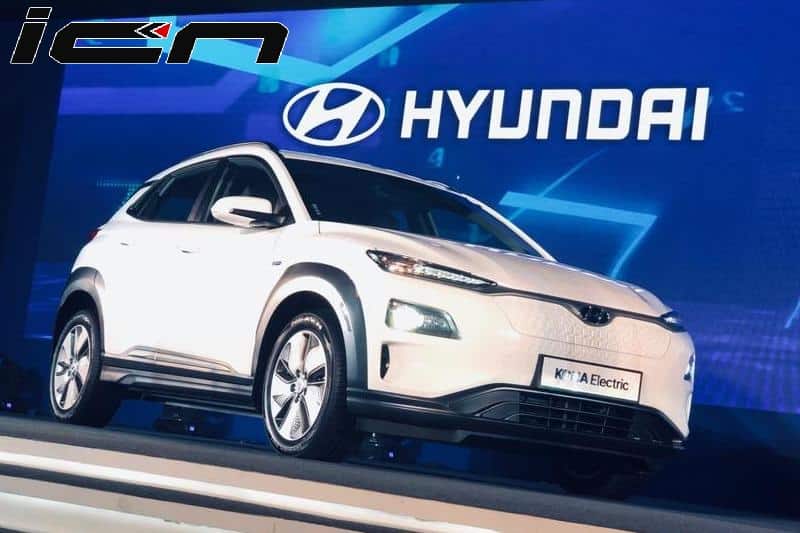 Hyundai Kona, the first electric vehicle from the South Korean carmaker, has finally arrived in the Indian market. The electric SUV has been made available in a single variant priced at Rs 25.30 lakh (ex-showroom). As of now, the Kona won’t have any direct rival in the country. Though, it will take on the upcoming MG eZS electric SUV that’s due for December, 2019. Hyundai is offering a warranty of 3-years/unlimited kilometres on the SUV and 8 years/1.6 lakh kilometres on its battery. The Kona electric will be retailed from 15 dealerships across 11 cities in India.

While the global model comes with two electric drivetrains (34.2kWh and 64kWh), the India-spec Hyundai Kona has been made available with the smaller battery pack. It delivers power worth 131bhp against 395Nm of torque. The electric SUV offers an ARAI-certified range of 452km on a single charge, thus making it India’s first long-range electric vehicle. Read – Hyundai & Kia To Launch Made-In-India ‘Smart’ Electric Cars

The Kona Electric comes with three different modes – Eco, Comfort and Sport. It can do 0 to 100kmph in 9.3 seconds. The SUV’s battery can be fully charged via regular power socket 6 hours 10 minutes and it can also be charged up to 80% in just 57 minutes via fast charger. 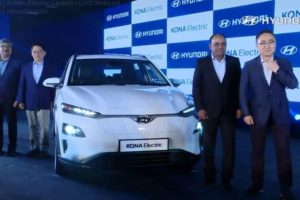 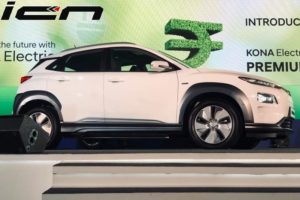 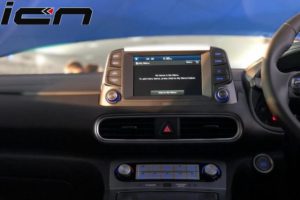 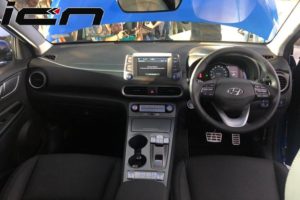 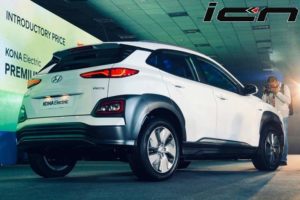 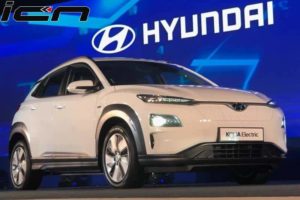 Interior of the Hyundai Kona electric is exactly similar to the regular Kona SUV. Though, the electric version has displays for battery power status and driving range. It gets a 17.77cm touchscreen infotainment system with Apple CarPlay and Android Auto connectivity along with navigation. Other key features including an optional HUD (Head-Up-Display) unit, an 8-speaker sound system with subwoofer, ventilated seats, wireless charging, leather seats and leather wrapped steering wheel, etc. Read – New Hyundai Grand i10 Launch Date Revealed

Design and styling of the Hyundai Kona electric is largely inspired by its regular version (petrol and diesel iterations). Though, the electric SUV has a unique pattern up front that mimic Hyundai’s signature cascading grille. It also features LED projector headlamps with LED DRLs (daytime running lights), sporty bumper with air intakes and sleek silver slat with Hyundai badge at the front end.