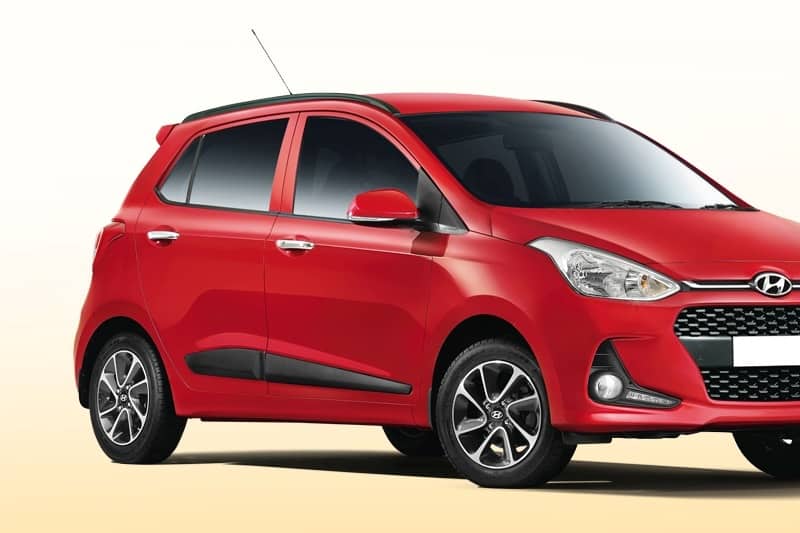 New Hyundai Grand i10 will witness some significant inside and out.

Hyundai India will soon introduce the new Grand i10 hatchback in the country. While the official launch date is yet to be announced, a report claims it will hit showrooms on coming 20th August. The hatchback’s new model will witness some significant changes including a new platform, BS6-compliant engines, bigger dimensions and improved styling.

The new Hyundai Grand i10 will ditch the existing platform for a new architecture that meets the upcoming crash test norms. The new platform will make it lighter and safer than the current model. In fact, the car will be wider and more spacious than before. Interior will be upgraded with a set of new features that might include a free-standing 8-inch touchscreen infotainment system with smartphone connectivity.

The list of features is likely to include a new seat layout with adjustable headrest, redesigned centre console and lots of storage compartments. The top-end trim could be exclusively offered with climate control and multiple airbags. Safety features such as ABS with EBD, dual airbags, seatbelt alert, speed alert and rear parking sensors will be made standard across the lineup. Read: New Hyundai Grand i10 – 5 Big Changes

The new Hyundai Grand i10 will receive BS6-ready version of the existing 1.2L petrol and diesel engines. Rumour has it that the hatchback might also get a downsized, 3-cylinder petrol engine. Transmission choices are likely to include a 4-speed torque convertor and an AMT unit.