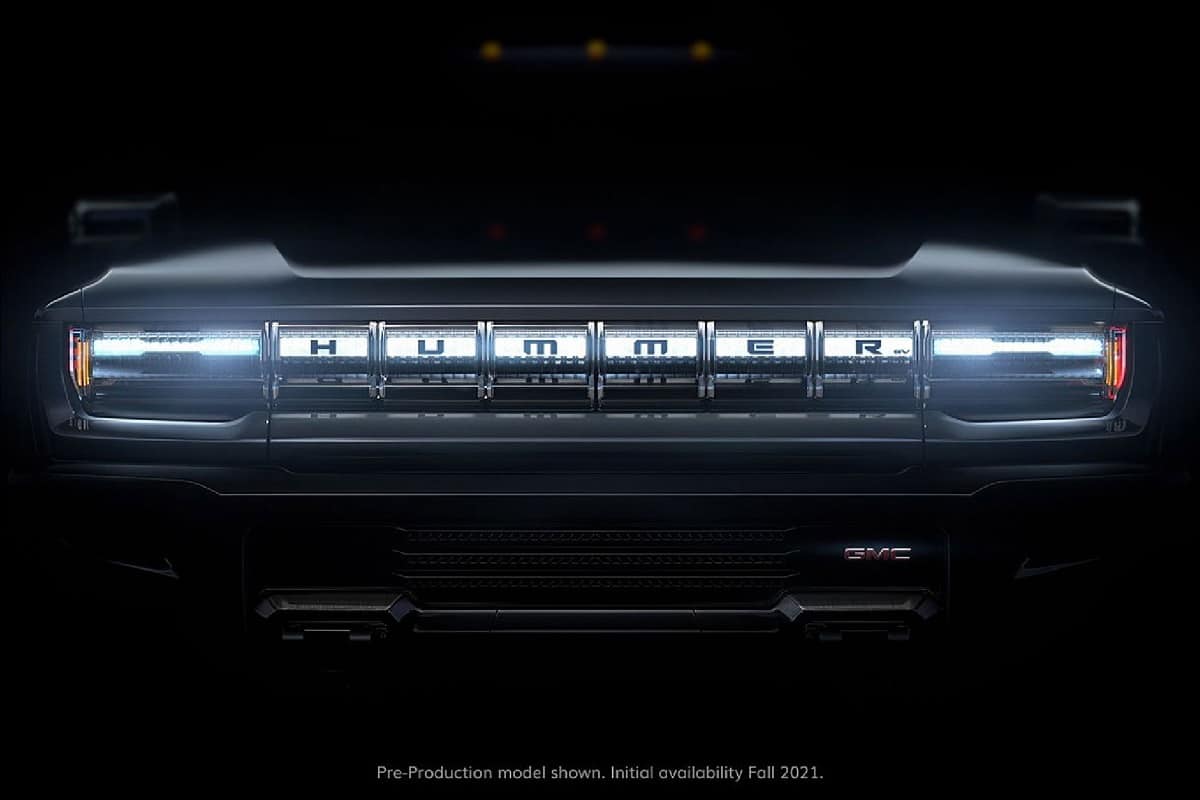 General Motors has confirmed that it will revive Hummer nameplate with a new electric truck via a teaser video. The all-new electric Hummer will be unveiled during a Super Bowl game on coming Sunday (2nd February, 2020).  The carmaker had purchased air time for the ad that will feature basketball superstar LeBron James. Read – 5 New Sub-4 Meter SUVs to debut at Auto Expo 2020

The production-ready version of the electric truck will see a global release in late 2021. It will be sold under GM’s profitable GMC brand. The e-Hummer will be capable of delivering a whopping power of 1000bhp and 15,500Nm of torque. It can achieve 100kmph from standstill in less than 3 seconds.

The teaser video shows the newly-designed front grille with lots chrome and rectangular shaped LED headlamps of the e-Hummer. Once launched, the electric Hummer will take on the upcoming Tesla Cyber Truck, Bollinger B1 and Rivian R1T. Read – Sony Shocks the World With Vision-S Electric Car Concept at CES 2020

Production of the e-Hummer will take place at GM’s Detroit-Hamtramck assembly facility in Michigan. General Motors is planning to create a new family of premium electric SUVs and pickup trucks, and electric Hummer truck will be a part of the project.

The carmaker will make an investment of $3 billion in the Detroit-Hamtramck plant and part of a broader $7.7 billlion investment in its U.S plants over the next 4 years.