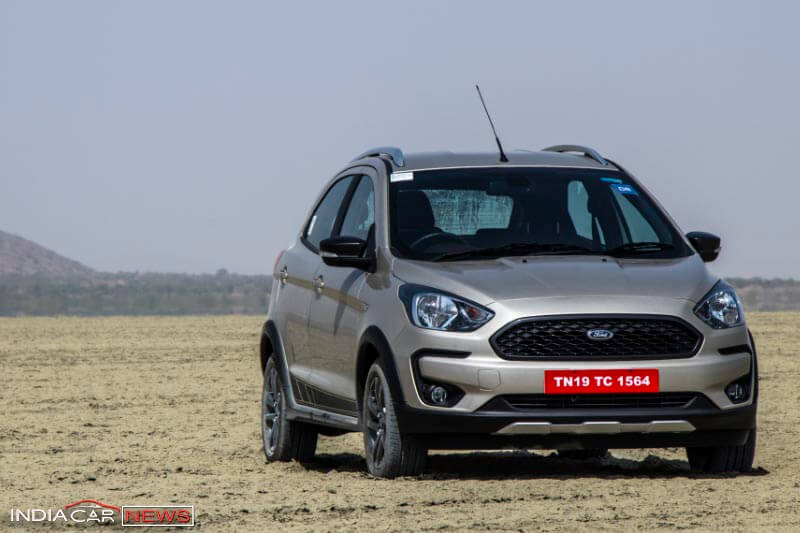 We recently got a chance to test drive Ford’s newest vehicle – Freestyle. So, what is it? It is essentially a Figo with crossover elements like raised ground clearance, body cladding, roof rails and others. In our review, we found that the Figo Freestyle is one of the finest cross-hatches currently on sale in India. It scores high when it comes to performance, build quality, etc. However, there are some negatives or you can say things that could have been better. So, here we bring you the positives and negatives of this newest compact utility vehicle – Freestyle.

For people not in the known, Ford Freestyle CUV also marks the debut of Ford’s new 1.2-litre, 3-cylinder Dragon family all-aluminium petrol engine. This is essentially the stripped down version of the 1.5-litre 3-cylinder petrol engine that also powers the EcoSport. This engine offers best-in-class power and torque figures, rated at 94bhp and 120Nm. Despite being a 3-cylinder engine, you won’t feel typical lag that normally smaller capacity 3-cylinder engines offer. The vehicle works really well on low revs, in fact you won’t feel any difficulty even on third gear driving at a speed of 25-30kmph. This engine also works really well during stop-go traffic situation. Read – Ford Freestyle Accessories Explained

This motor performs exceptionally well during mid-rpms. Gear shifts are smooth and it offers enough punch to cruise this crossover-hatch at a good speeds. 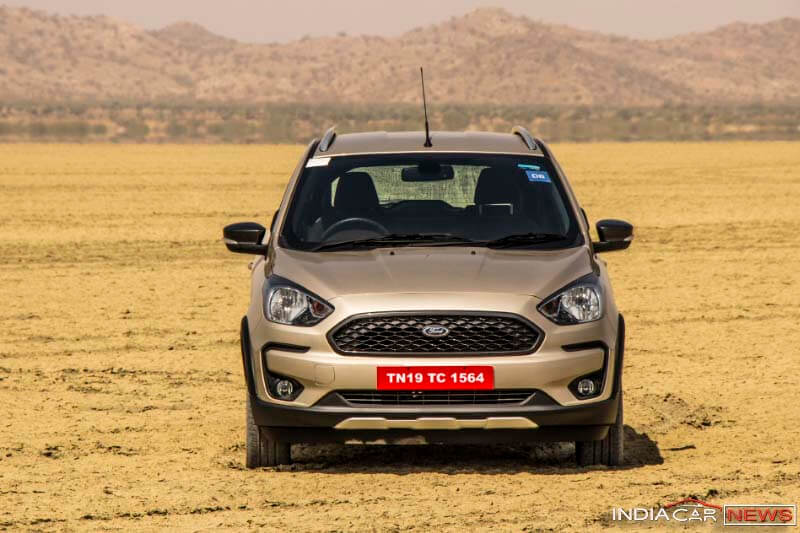 Like other Ford cars, Freestyle cross-hatch offers several segment leading safety and security features. The build quality is as usual top-notch, in fact the plastic used in the cabin is segment best. In terms of safety, the crossover gets six airbags, ABS with EBD and Brake assist, rear parking camera, rain sensing wipers, and traction control with Electronic stability program. It also gets a unique Active Rollover Prevention feature, which works with ESP and avoids rolling by applying brakes to individual tyres.

This model comes with a ground clearance of 190mm, which is equivalent to the EcoSport. The ground clearance is more than sufficient to tackle bad Indian roads. What’s interesting is that the cross-hatch comes with negligible body roll. Generally, cars with high ground clearance do offer body rolls on high-speeds or during lane change at high-speeds. Also See – Ford’s Jeep Compass Rival To Use Mahindra XUV500 platform

Like the EcoSport, the Freestyle has a SYNC 3 infotainment system which is compatible with Android Auto and Apple CarPlay. The touchscreen is very responsive and offers excellent user interface. 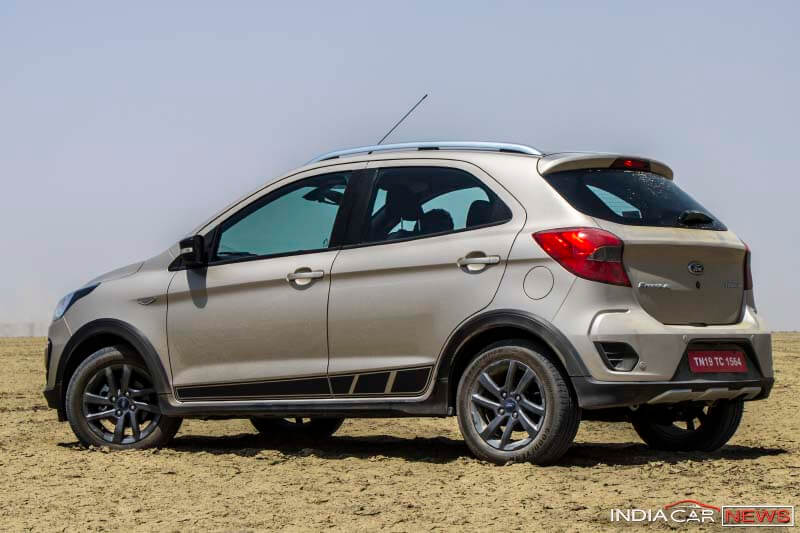 – No projector headlights or LED DRLs

The biggest negative in this model is the lack of projector headlamps or LED DRLs. In fact, the top-end model comes with regular halogen units. With projectors and LEDs, the model could have offer better visibility during night driving.

While the front seats are quite good in terms of comfort and convenience, the rear seats could have been better. The rear feels cramped and seats lacks that comfort you would expect from a Ford. In fact, the rear seats do not offer enough leg or headroom space for 5 feet 11 inches person. Also See – Upcoming Ford Cars In India

– Interior feel could have been better

While the build and plastic quality is top notch, the interior still lacks the premium feel that some of its rival offers including Hyundai i20 Active. Ford engineers could have done better with the interior.