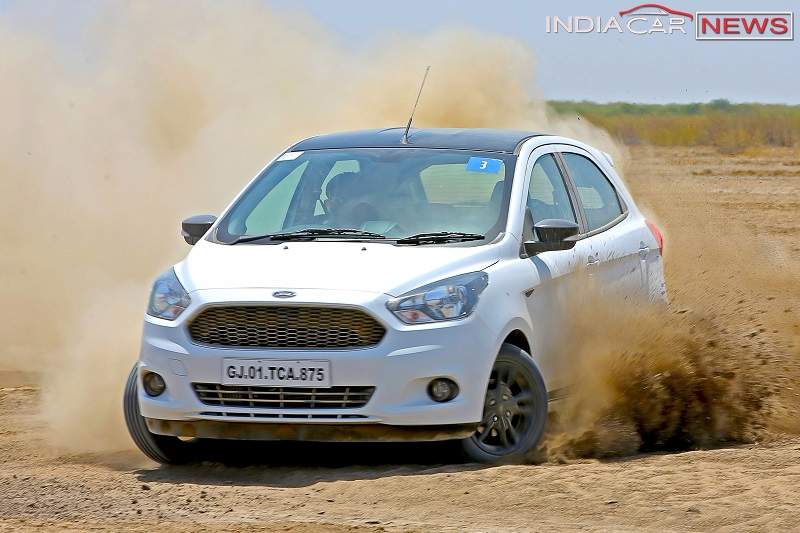 Ford Figo S – how different is it from its regular counterpart and is it worth the ‘S’ tag? Let’s find out!

I’m not sure who’s responsible for this sudden gush of fun-to-drive cars in the Indian market. Maybe the ghost of Fiat Palio GTX or Ford Fiesta S is still around. But whosoever it is – a big thanks and two beers from my side!

Slowly and steadily – Indians have started accepting the fact that frugalness is not the ONLY criteria to judge a car and factors like driving dynamics also EXIST in the motoring world. On the other hand, the carmakers have also realised the potential for performance-oriented offerings – which offers that extra punch for the weekend drives apart from the regular point A to B commutes. Volkswagen GTs, Fiat Punto Abarth and recently launched Maruti Suzuki RS are some great examples the aforementioned pedigree. Now, the newest member in this list is the Ford Figo Sports – how different is it from its regular counterpart and is it worth the ‘S’ tag? Let’s find out! 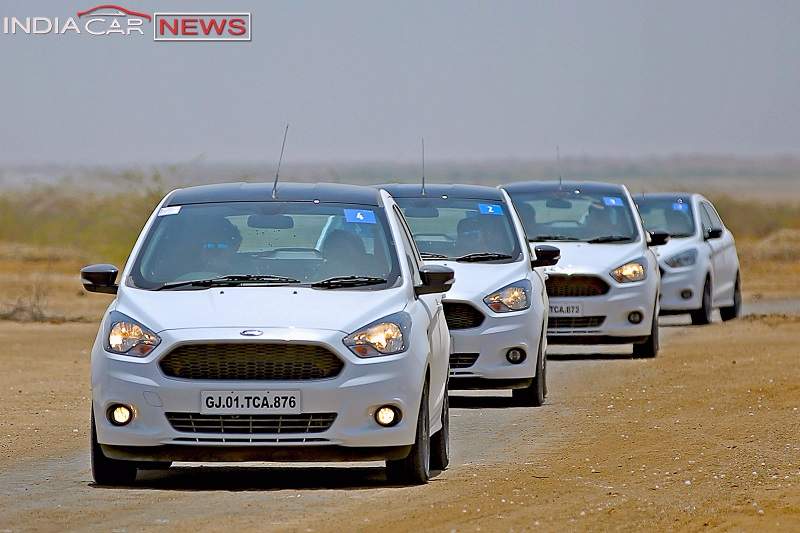 A lot of things – but mostly cosmetic. The ‘S’ branding on the sides – is the main distinguishing factor between this ‘go-fast’ and the regular version. The horizontally slat chrome front grille has now been replaced with a more matured looking all-black honeycomb unit. Also, the headlights are blacked-out and so is the roof and rear view mirrors and alloys. There’s a roof-mounted spoiler in place as well – lending that sense of sportiness to the whole look of the car.

On the inside, the change is only limited to the contrast red stitching – that’s there on the steering wheel, seats and gear lever boot. Ford has launched the sport edition only in the Titanium variant that sits second to the top-end trim. As a result, it doesn’t comes with a touch-screen infotainment system, rear parking sensors and Ford’s acclaimed SYNC technology. 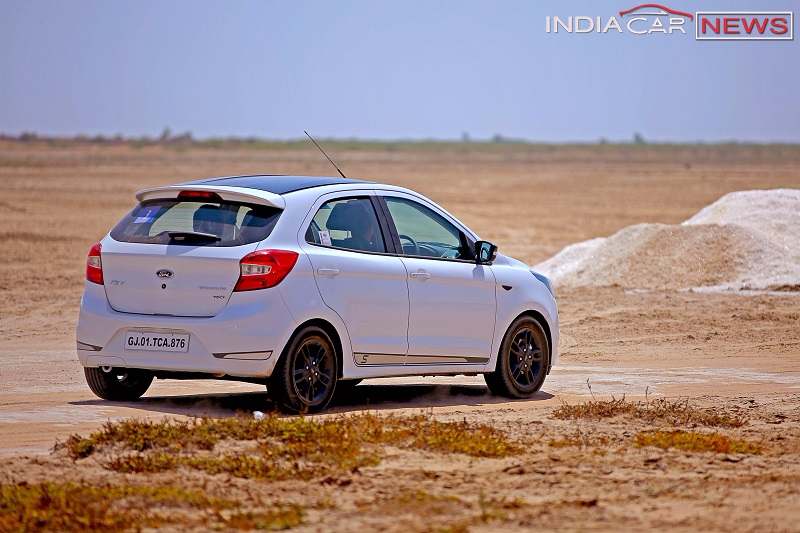 While majority changes on the Figo Sports are cosmetic – there are some mechanical alterations as well. The American carmaker has tweaked the suspension setup – its 10mm shorter as well as stiffer than the regular Figo. Also, the anti-roll bar has been beefed up to get a pointier front end. The tyres on this variant have also been upsized. This one gets 15-inch rims shod with wider 195 section tyre against 14-inchers-175s of the regular version. The ground clearance remains unchanged at 174 mm though.

Isn’t that given for a Ford? Not really. The latest gen Figo never offered the surefootedness Fords are known for. It couldn’t even match the benchmark its own predecessor created. But the Figo Sports tries to rebuild that image and with a relatively stiffer setup and wider tyres – the car offers better grip and cornering abilities. That said, it’s still not as firm as the earlier Figo and there’s a nice suppleness on most of our roads. Overall, it’s a great setup to be with – quite usable and enjoyable at the same time. The steering still remains light – which is a good thing in city driving conditions – but attack a corner and you’ll realise – it’s not the real ‘S.’ 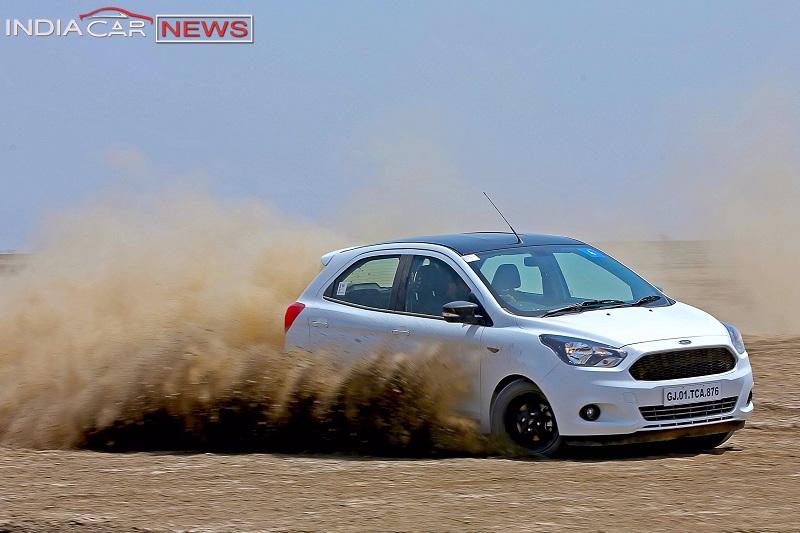 Engine options on the Figo S remains unchanged and it’s not a petrol-only sport version, unlike most of its competitors. Figo S gets the same 1.5-litre, four-cylinder oil-burner unit that puts out 100bhp and 215Nm of peak torque, and the 1.2-litre, four-cylinder petrol engine producing 88bhp and maximum torque of 112Nm. Both engines gets a common five-speed manual transmission and there is no automatic option on offer.

We drove the diesel Figo Sports from Ahmedabad to Little Rann of Kutch that offered a nice of mix of good highways and patchy countryside roads. The 1.5-litre engine is a gem – it’s actually the best engine you can buy in this budget. The punch comes right from the word go and the lag is almost negligible. The turbo kicks in somewhere around 1600-1700 rpm and there’s a power surge thereon.

Yes, going too hard on the throttle allows the loud diesel clatter to enter the cabin. Owing to the addition of ‘Sporty’ elements like bigger tyres and rear spoiler – the Figo S is almost 20 kilograms heavier than the regular counterpart – which has marginally affected the performance and fuel efficiency marginally. 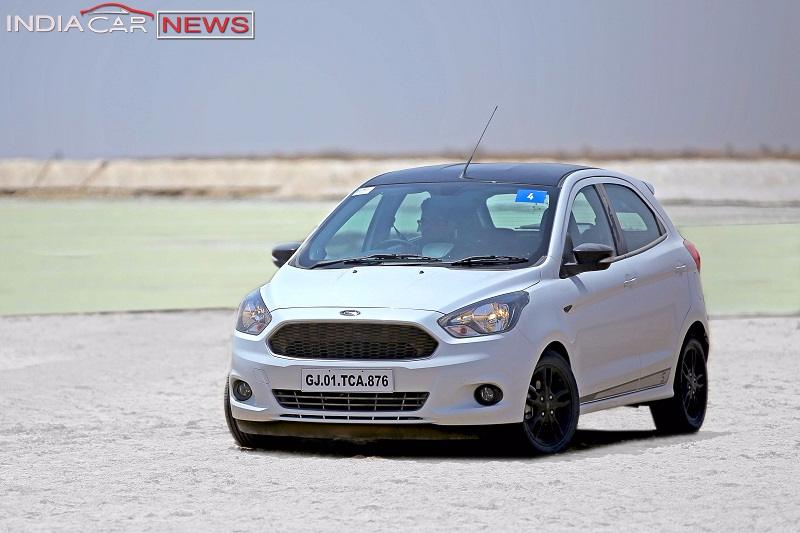 Worth the extra money?

Ford has launched the Figo Sports edition at a price of INR 6.31 lacs and INR 7.21 lacs for the petrol and diesel variants respectively. That’s about 50,000 more than the regular Figo and what you get for this extra money includes wider and larger tyres, some additional features and richer driving experience. Yes, it’s not as sharp as a Ford’s ‘S’ should be but then – something is better than nothing!

With slightly tuned suspension, sporty dual-tone treatment and a few more changes, the Ford Figo Sports Edition has become an even better package.