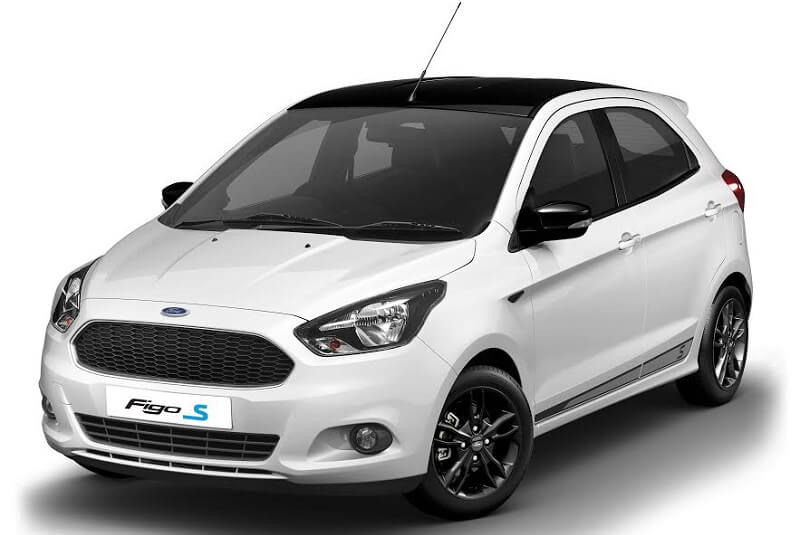 Ford, the American automaker has launched the sportier versions of the Figo hatchback in the Indian car market. The new Ford Figo Sports or Figo S is available in both petrol and diesel versions. Based on the Titanium trim, the Figo S 1.2 petrol is priced at Rs 6.32 lakh while the diesel model is tagged at Rs 7.21 lakh. The company has also introduced the sports version of the Aspire sedan in the country.

The company has already started dispatching the vehicle to dealerships across the country. It comes with some cosmetic upgrades to both exterior and interior; however, mechanics of the car is expected to remain unchanged. Ford has also tuned the suspension mechanism of the Figo to offer improved driving experience. Talking about features, the hatchback gets newly designed 15-inch alloys shod with 195/55-section tyres, blackened headlamps and a new honeycomb grille. Other features on offer include dual-tone paint job, new body decals and an all-black interior scheme. Read  More – Ford Aspire Sports | Ford EcoSport Facelift

The engine line-up for the new variant includes the same 1.5-litre, 4-cylinder diesel producing 100bhp and 215Nm. The petrol version gets the 1.2-litre, 4-cylinder unit that is good for 88bhp and 112Nm of torque. Power is transmitted to the front wheels via a 5-speed gearbox.

Positioned between Titanium and Titanium Optional trims, the new Figo Sports variant is priced around Rs 50,000 more than the regular variant. While the petrol version is tagged at Rs 6.32 lakh, the oil burner cost Rs 7.21 lakh. All the prices are ex-showroom, New Delhi. Read More – Upcoming Ford Cars

The new Figo Sports trim is available in both petrol and diesel versions. The gasoline version is powered by a 1.2-litre Ti-VCT unit that churns out a maximum power output of 88bhp at 6,300rpm and a peak torque of 112Nm at 4,000rpm. On the other hand, the oil burner is a 1.5-litre TDCi unit that is good for 99bhp of power at 3,750rpm and 215Nm of torque between 1,750-3,000rpm. For transmitting power, both engines coupled to a 5-speed manual gearbox.

While the petrol version is claimed to have an ARAI certified fuel efficiency of 18.16kmpl, the diesel version delivers 25.83kmpl

The new trim gets some noticeable changes on the outside. The hatchback comes equipped with a new mesh grille at front, flanked by smoked out headlamps. Other design upgrades include gloss black foglamp bezels, black ORVM caps and a black moulding across the side profile. The flared wheel arches of the hatch are fitted to 15-inch black alloys. It also gets new roof spoiler.