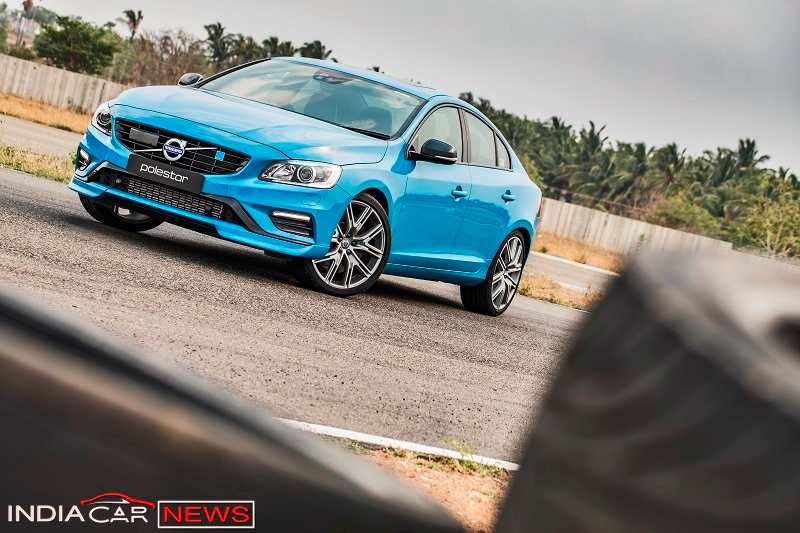 To find out how fast this newest Volvo is – we sampled it at the Kari Speedway in Coimbatore, Tamil Nadu.

Polestar is to Volvo, what AMG is to Mercedes-Benz, M is to BMW and RS is to Audi. I know – that’s a really generic statement to start an article with – but Polestar is definitely not a name most Indians will have a catch on. It has been building race cars for Volvo since decades and recently ventured into making road-legal cars.

As of now, there are only two offerings under its umbrella – the S60 Polestar and its wagon sibling V60 Polestar – but we’re getting the former one first here in India. And to find out how fast this newest Volvo is – we sampled it at the Kari Speedway in Coimbatore, Tamil Nadu. 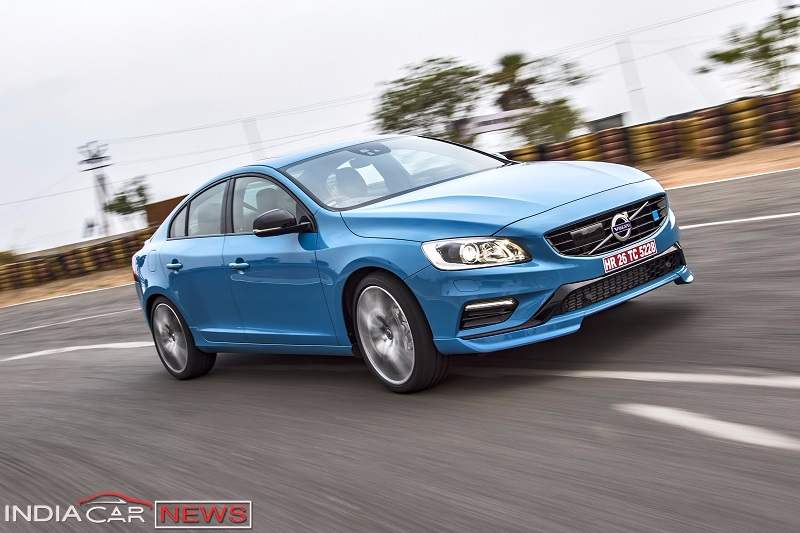 What’s under the skin?

Crank the engine to life and you’ll be greeted with some deep rumble from those Polestar-engraved twin-exhausts. Having driven most of the Volvos from the Indian portfolio – such sound from the sophisticated Swedish – is nothing less than Jagjit Singh singing some heavy metal. While the latter might sound like a weird combination – the guys at Polestar have definitely nailed it in the former case. The culprit behind the loud rumble is a 2.0-litre four-cylinder motor that not only gets a bigger turbocharger but also a supercharger to expel lag at the low revvs.

From pistons, connecting rods, camshafts, valves to almost every possible mechanical bit of this motor has also been altered to go fast. All in combination, allows this dwarf (earlier S60 Polestar came with a 3.0-litre engine) unit to put out a great 367hp and a massive peak torque of 470Nm. And power is transferred to all four wheels through an eight-speed automatic gearbox with an option to shift gears manually with steering-mounted paddle shifters. 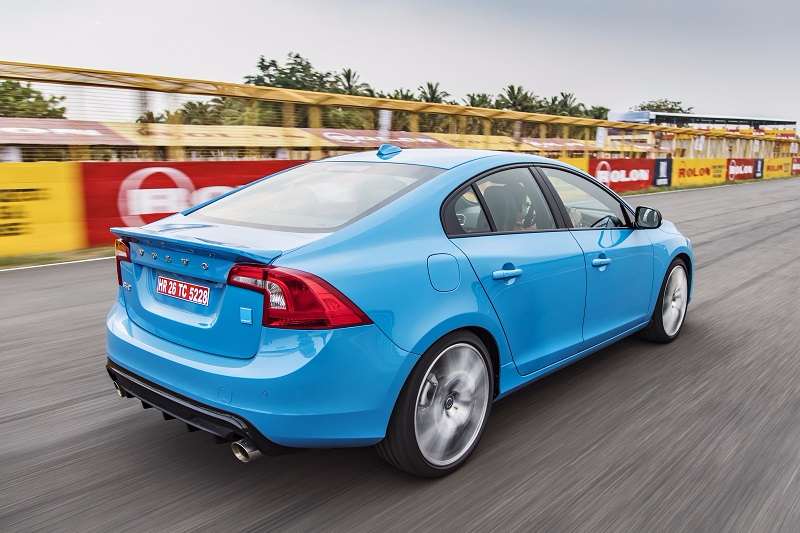 Get the gear selector into Drive and then a slight left for unlocking the best with the Sport mode. And in case that’s still not enough – there’s a Sport Plus on-board too! These modes offer ample power and punch but the problem lies in the way it is delivered. Taking off is a rather clean affair and even going around the corners isn’t that exciting – all that drama and excitement – that you get from the Germans – is somewhat missing. The steering feels well weighted but again the feedback leaves you with a feeling of having some more engagement.

Also, if you go too enthusiastic over the steering and get the car’s weight to its sides – you’ll be greeted with some understeer. That said, the grip from the Michelin Pilot Sport 245/35ZR20 tyres is impeccable. It’s actually one of the stickiest tyres I’ve ever tried my hands on. And the braking power comes from the mega 371mm Brembos upfront and 302mm rear discs which feels very much capable of shedding the speed on time. 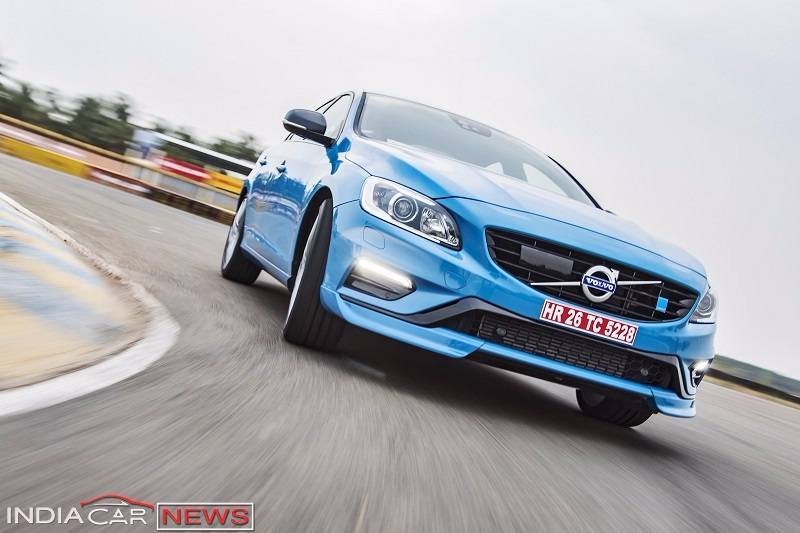 The S60 Polestar gets the same chassis as the standard car, but the suspension has been changed. It now gets a set of high-performance Ohlins springs and dampers that’s 80 percent stiffer than the regular S60. Unlike most modern cars, the Polestar encourages you to go oldschool with the manual adjustments – that means jacking up the car every time you need to adjust the suspension. Now this sounds too rigorous for most Indian buyers who are used to of doing suspension adjustments with a press of button. 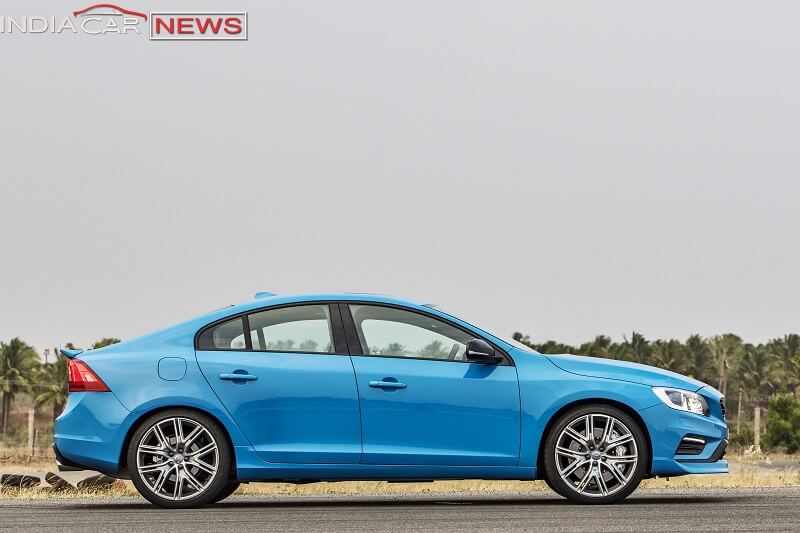 The S60 anyways is a very handsome car and with the Polestar treatment – it looks even better. And the Rebel Blue colour is like an icing on the cake. Although you can buy the S60 Polestar in three colours that includes the trademark Rebel Blue and a black and white option but why the hell somebody would ever think of buying a non-blue Polestar … eh?

If compared to the stock S60, this one gets a more aggressive front bumper with splitters, a reworked rear bumper with diffusers and rear spoiler which not only looks sporty but also adds around 54kilograms of downforce at max speed of 250kph. And last but not the least, there are several Polestar badging – on the front grille, exhausts and bootlid to keep reminding everyone that it’s not a regular S60 but a go-fast version. 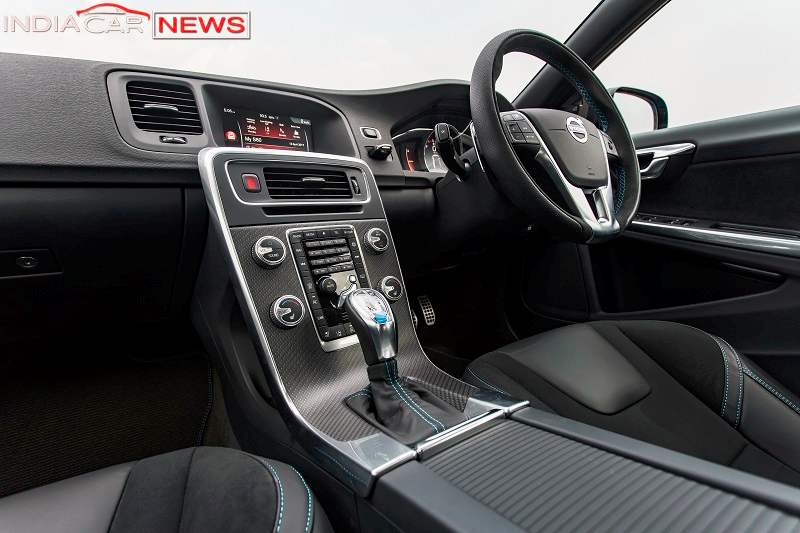 Except carbon fibre garnishing on the centre console, Polestar drive selector lever and blue stitching on the seats and steering wheel, there’s hardly anything new on the inside. And that surely comes as a disappointment. All-black interiors, ample use of Nubuck leather and the utmost comfortable seats are highlights of this cabin.

If it’s a Volvo, it is bound to get the best of safety features. And the S60 Polestar also gets a handful of them. From Swedish carmaker’s radar based protection to anti-collision & lane departure warning and blind spot detection, the S60 Polestar gets everything to keep you safe and sound in the best possible way. Not to forget, the S60 Polestar has a 5-star NCAP safety rating. 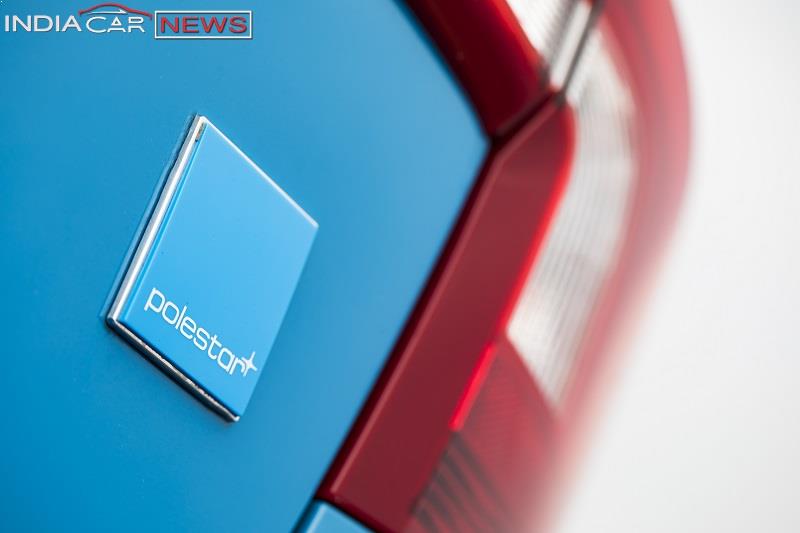 Fast and Volvo have been two seemingly divergent worlds. The Swedish cars have always been synonymous with safety and some more safety – having myriad of airbags, radar protection, anti-collision and even vows a fatal-free motoring in next few years. But Polestar, on the other hand, talks about speed, driving dynamics and going fast. So, is it possible to be safe and speedy at the same time? Yes it is! Thanks to the newest Volvo in town, the S60 Polestar. It might lack that excitement and involvement that you get in a Mercedes-Benz C43 AMG but what you get is a package that’s fairly ferocious yet remarkably composed. And at a price of INR 52.50 Lacs(ex-showroom New Delhi), the S60 Polestar sounds like a fantastic deal!

The S60 Polestar is probably the most rounded package from the Volvo Stable, and is one of the best one can buy under Rs 60 lakh.