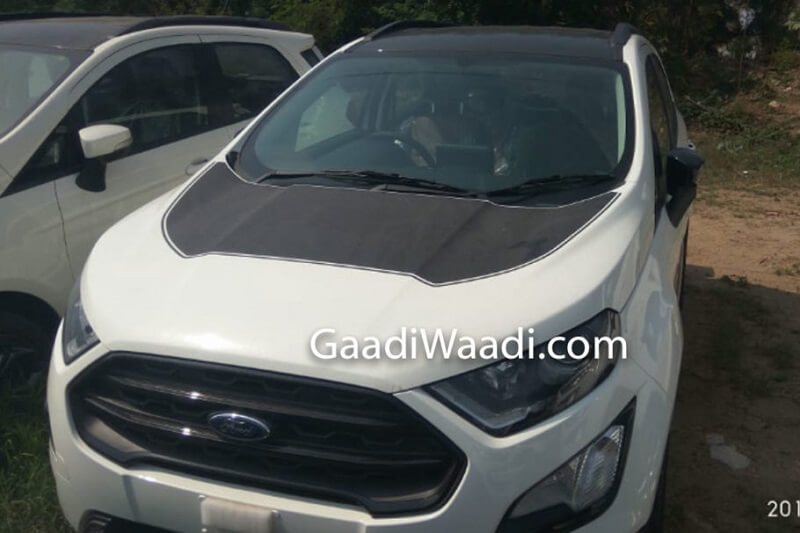 Ford had launched the updated version of the EcoSport SUV in India in December 2017. The company later introduced the new S top-of-the-line variant last year. The SUV is facing stiff competition from the likes of Tata Nexon, Maruti Vitara Brezza and Tata Nexon. A new entrant Hyundai Venue, priced aggressively, could further impact the sales of the EcoSport.

In order to improve sales, Ford is planning to launch a new edition called the EcoSport Thunder in the Indian market. Clear images of the Ford EcoSport Thunder edition have already been leaked on the internet. It comes with new body decals and black treatment on the bonnet. Except for these changes, the new edition looks largely identical to the existing model. 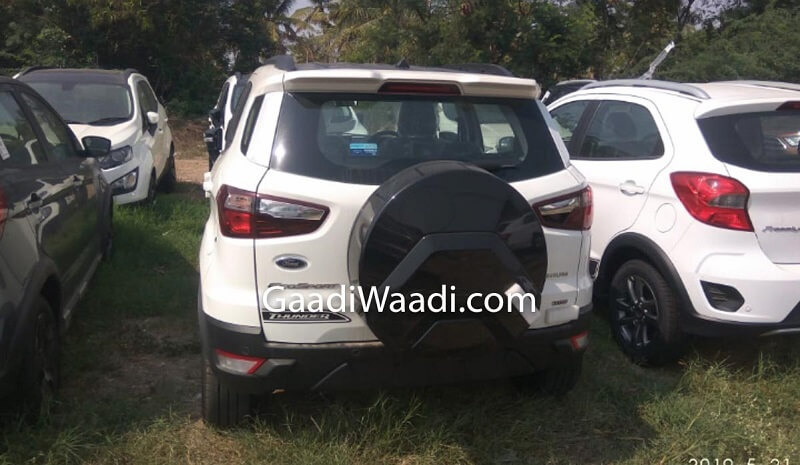 Black treatment can be seen on the headlamps, grille mesh and the horizontal bars. The roof rails, outside rear view mirrors and B-pillars are also wrapped in black shade. Black stickers can be seen on the lower side profile, while the black plastic cladding runs across the lower portion of the entire body. Also See – Ford to launch 3 new SUVs in India 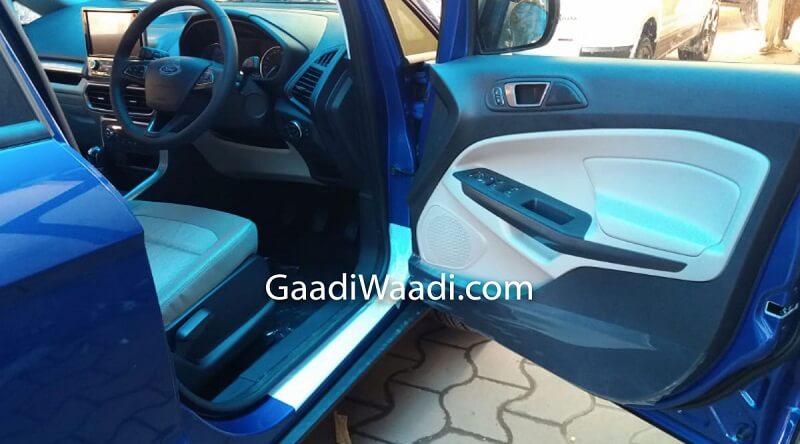 The alloy wheels also get black treatment, while the tailgate has Thunder sticker. It is expected that the new edition is based on the Titanium variant. This version is powered by a 1.5-litre TDCi 4-cylinder diesel engine that is capable of producing 99bhp of power at 3,750rpm and a peak torque of 205Nm at 1,750rpm. Power is transmitted to the front wheels via a 5-speed manual gearbox.