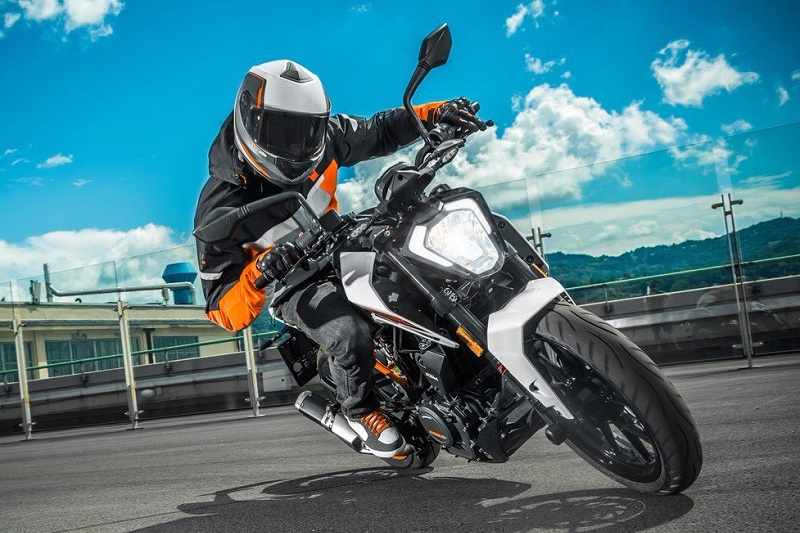 KTM, the Austrian bikemaker has launched the much-awaited new Duke series – Duke 390, Duke 200 and Duke 250 – in the Indian market. Positioned between the Duke 390 & 200, the 2017 KTM Duke 250 is priced at Rs 1.73 lakh (ex-showroom Delhi). Bookings for the bike have already commenced today, and the company has already dispatched the motorcycle to its dealerships. It was speculated that the new 250cc motorcycle will replace the Duke 200, but the company keeps both models to target larger section of buyers. The production of the bike has already commenced at the company’s production plant in Pune. As a reminder, KTM India is also exporting the Duke series to select international markets.

The Duke 250 sits between the Duke 390 and 200 in terms of features and mechanics. Compared to the previous model, the 2017 model gets several styling as well as mechanical upgrades. It looks largely identical to the Duke 390, but the motorcycle has some design changes to keep things fresh in the market. It is powered by a 250cc single-cylinder 4-stroke engine that churns out 29bhp of power and 24Nm of torque. Power is transmitted to the rear wheels via a 6-speed gearbox.  The bike will rival the Bajaj Dominar 400, Mahindra Mojo, Honda CBR250R and the Yamaha FZ250 Read More – New KTM Duke 390 – All You Need To Know 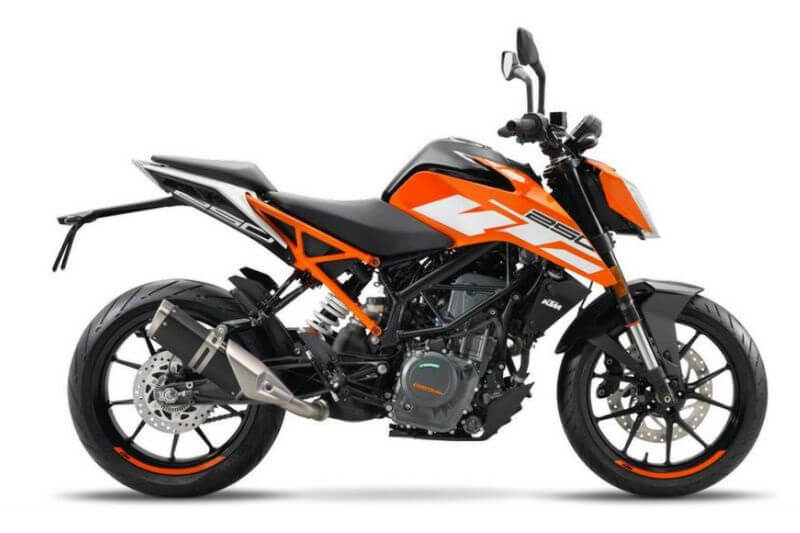 This new streetfighter is propelled by a 250cc, single-cylinder, liquid-cooled engine, paired to a six-speed gearbox. The 4-stroke engine is capable of producing a top power output of 29bhp at 9,000rpm and a peak torque of 24Nm at 7,250rpm. Compared to the Duke 200, the Duke 250 produces 6bhp more power and 4.8Nm more torque. The bike has a dry weight of 149kg, which results into good body and weight ratio.Read More – New KTM Duke 200 India Launch & Other Details

The suspension mechanism of the Duke 250 comprises of WP Upside Down forks up front and WP Monoshock at the Rear. It is built on a lightweight tubullar trellis frame that has a bolt-on sub-frame. The bike misses out on a dual-channel Bosch ABS (Anti-Lock Braking System), which is available in Duke 390. It is also the first motorcycle in its league to feature Slipper Clutch.

Launched as a powerful naked streetfighter,  this bike is expected to return around 30kmpl to 35kmpl of mileage.

The new Duke 250 is based on a lightweight tubullar trellis frame that has a bolt-on sub-frame, which also underpins the new Duke 390. On the other hand, the smaller sibling – Duke 200 is based on the same single trellis frame. This motorcycle shares most of its design elements from its bigger sibling, but it misses out on LED headlight strips that are available on bigger 390. Instrument console is the same offered on the Duke 200. Instead of Metzelers, the naked bike gets MRF Revz C1 tyres that we have already seen on Bajaj’s Dominar 400. 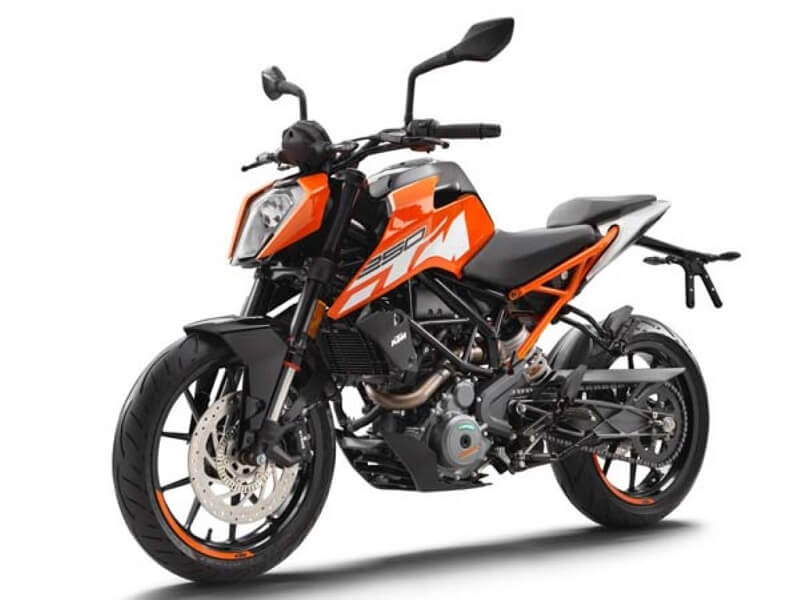 The naked bike gets sharp tank panels, sleeker tail, aggressive fuel tank with large extensions, exposed trellis sub-frame, etc. Dimensionally, the new Duke 250 is similar to its bigger sibling. It measures 2,002mm in length, 873mm in width and 1,274mm in height, and has a wheelbase of 1,357mm. The bike comes with a seat height of 830mm, which is 20mm more than the previous model. This is due to new tubullar trellis frame. It has a ground clearance of 170mm, which is more than sufficient to tackle Indian road conditions. The bike has a fuel tank capacity of 13.4-litres.