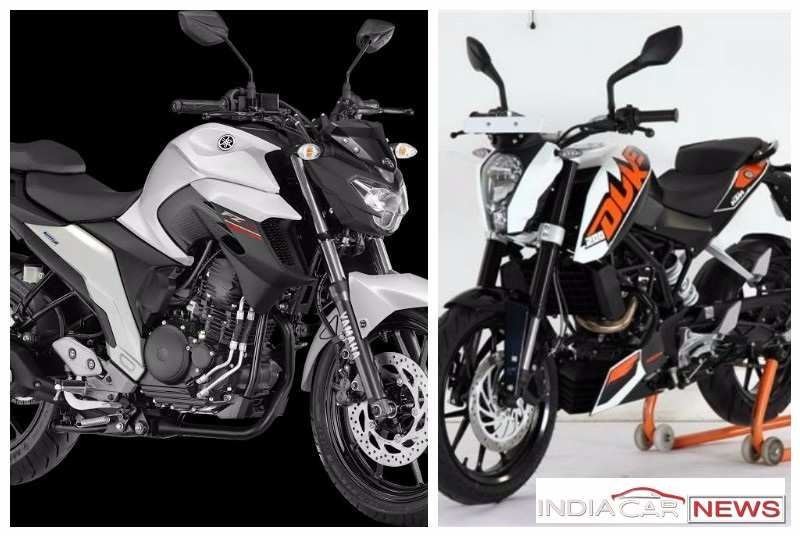 Here is a specifications based comparison between the new Yamaha FZ 250 and the KTM Duke 200.

Yamaha launched its highly anticipated naked streetfighter, FZ 25 bike in India at a sticker price of Rs 1.19 lakh (ex-showroom, Delhi). Aimed at biking enthusiasts in their 20s and 30s, the new entrant in the naked streetfighter space is designed and developed at Yamaha’s R&D centre in India. The street-naked segment has grown in size with new models jumping on the bandwagon every year. One of the other popular choices in this league, the KTM 200 Duke is set to receive aesthetic and mechanical changes in the coming months. Carrying higher price than the new entrant from Yamaha, the baby Duke has a new competitor to fight, the Yamaha FZ 25. We stack both the models against each other and do a spec based comparison to discern what these models have on offer. (Yamaha FZ 25 Vs KTM Duke 200) –

The Yamaha FZ 25 derives power from the 249cc, single cylinder, oil-cooled engine making 20.6bhp at 8000rpm and 20Nm of torque at 6000rpm. It uses a five-speed conventional gearbox to transmit power to wheels. 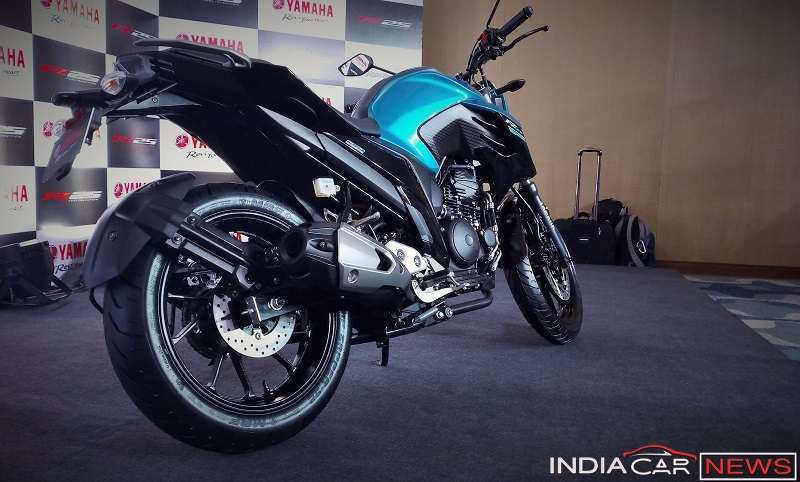 The KTM Duke 200 on the other hand returns marginally less at 30 kmpl in city conditions and 35kmpl on highway.

Powered by the 249cc, single cylinder engine, the naked streetfighter from Yamaha can propel to 100kmph from rest within 9.8 seconds as opposed to the baby Duke that is slightly fast, achieving the 100kmph mark in 9.2 seconds.

Knowing how crucial pricing can be for deciding a vehicle’s fate in a price driven market like India, it is extremely important to know what price tag these bikes carry. Starting with the KTM 200 Duke, set to receive updates later this year, the bike currently retails at Rs 1.43 lakh (ex-showroom price). It is expected that the 2017 version may undergo a price bump owing to comprehensive cosmetic and mechanical updates.

The newly launched Yamaha FZ 25 carries a competitive pricing. It is available for retail at an aggressive price of Rs 1.19 lakh (ex-showroom, Delhi) undercutting most of the rivals in the segment.

Built on the diamond-frame chassis the FZ 25 shares underpinnings with the fully-faired Yamaha R3 motorcycle. It wouldn’t be wrong to say that it appears to be a naked rendition of the FZ. Most of the design elements on the bike are taken from the larger FZ and MT bike series. It is to be noted that Yamaha FZ 25 is the first bike in the quarter-litre segment to sport LED headlamp and tail-lamp. Additionally, the compact fairing in front accentuates the aggressive stance. Other elements on the bike like the muscular fuel tank, racing style footpads and wheels with spoke design etc complete the assertive look.

As for the KTM Duke 200, it is based on the Ducati Style trellis frame. The large chiselled fuel tank and fat rear tyre gives prominence to the robust look. More so, the sharp creases and lines on the body further accentuate the aggressive stance. In front it gets the LED headlamp cluster and rear too sports a LED unit. A sportier version of the bike with mechanical and aesthetic updates is slated to launch later this year with more feature and colour options.