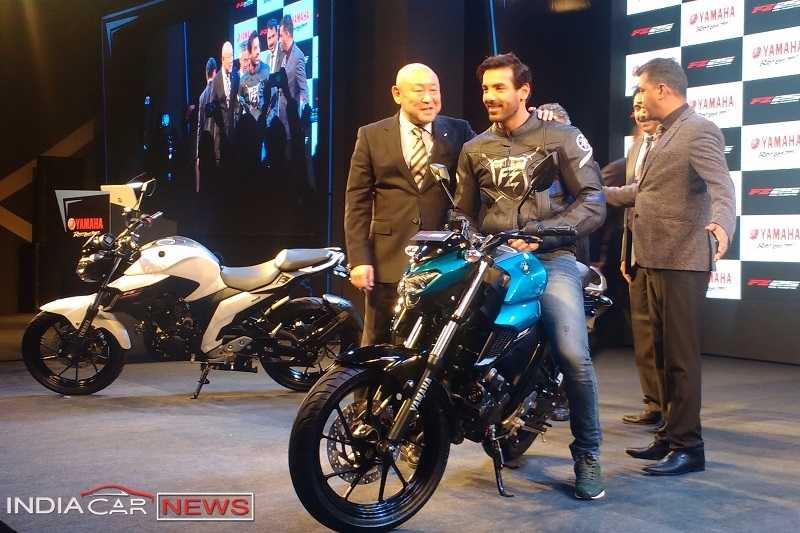 With the failure of Yamaha’s globally renowned YZF-R3 moniker in India, the company was determined to come up with an affordable quarter-litre model and Yamaha FZ25 was born. Launched in January 2017, Yamaha FZ25 naked streetfighter has registered a total sales of over 11,477 units so far. This data comes from the SIAM’s (Society of Indian Automobile Manufactures) domestic sales report. The Japanese bikemaker sold 3,584 units in March and 3,595 units in April 2017. Though, these figures fell to 2,299 units in May and 1,999 units in June 2017. This drop is likely to come due to the new taxation policy – GST (Goods and Services Tax).

The 2017 Yamaha FZ25 was launched earlier this year in India at an attractive price of Rs 1.19 lakh (ex-showroom, Delhi). Adhering to the emission norms for two-wheelers, the bike gets a BS IV compliant engine and the mandatory AHO short for Automatic Headlamp On function. With the new FZ 25, Yamaha aims to strengthen its market in the tier II and tier III cities across India and likewise, most of the sales for the bike come from these markets.

Designed and developed at Yamaha India’s R&D centre, the naked streetfighter shares its underpinning (diamond frame chassis) with YZF R3 global model. While design and styling cues have been borrowed from the FZ and MT series from Yamaha, the bike uses a 249cc, air-cooled engine powered by the Blue Core technology for deriving mechanical strength. Production of the bike takes place at Yamaha’s manufacturing unit in India and in future the company could commence export to overseas markets with India being the manufacturing hub.

The Yamaha YZ25 was launched in the last week of January at Rs 1.19 lakh (ex-showroom, Delhi). Currently, the on-road price of the bike stands at Rs 1.27 lakh.

One can place an order for the bike by paying an initial sum of Rs 10,000. The deliveries have already been commenced across the nation.

As mentioned above, the most of its design and styling is inspired from the larger bikes in MT series.  The naked streetfighter sports muscular looks with features such as low positioned, sharp headlamps with halogen unit and three LED units. The three LEDs include two smaller 13W units for low beam and one 9W diode for high beam.

The chiselled fuel tank gets matte black and painted sections. In addition, it comes with large extensions with air-vents. While the side panels remind faintly of FZ16, they are relatively thinner for keeping a check on body weight. 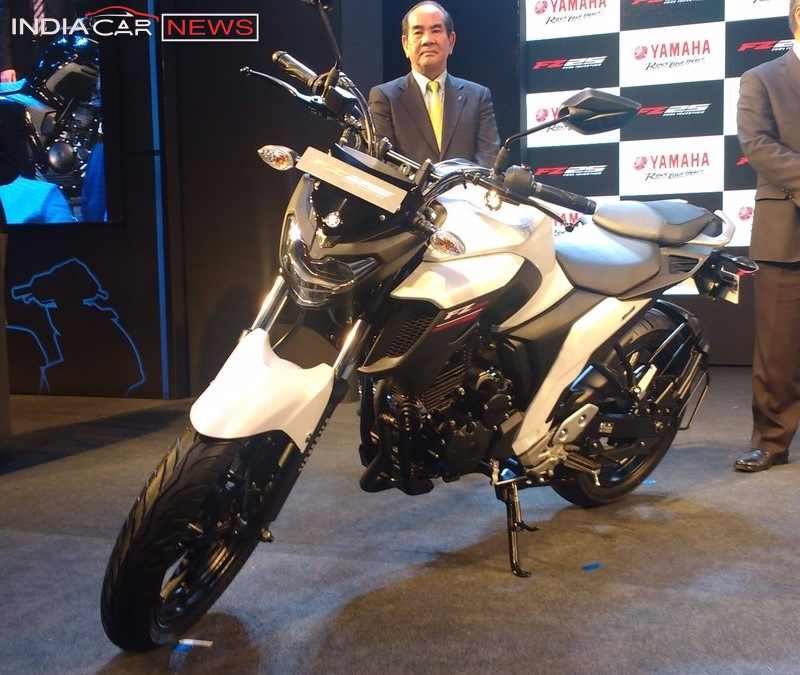 Round the back, the bike gets tail-lamps and split-seat with integrated grab rail for pillion support. The fit, finish and build quality is top notch, it surpasses rivals in the segment. In terms of features, the bike comes equipped with a saree guard, plastic spatter guard, digital LCD screen with two tripmeter, speedometer, rev numbers and clock. Although, we wish Yamaha had also equipped side stand warning and gear position indicators on the bike. In addition, it also packs kill switch and supreme quality switch gear. Read More – Yamaha R15 V3.0 Will Be More Powerful

At the heart of the bike is a 249cc, single cylinder, fuel-injected SOHC engine linked to a constant mesh 5-speed gearbox. The 4-stroke engine comes with Yamaha’s ‘Blue Core’ technology and is compliant with the BS IV emission norms. This powertrain is capable of pushing out 20.6bhp at 8,000rpm and 20Nm at 6,000rpm.

Packed with the 249cc, single cylinder 4-stroke engine, the Yamaha FZ25 is claimed to offer a top speed of 148kmph. While in real time conditions, it easily achieves 130-138kmph mark and goes a little over 140kmph on highways.

The bike as claimed by Yamaha, returns a fuel economy of 43kmpl. While in real-time conditions, the figure varies a tad to 35kmpl in city and 40kmpl on highways.

As far as dimensions are concerned, the bike measures 2,015mm in length, 770mm in width and 1,075mm in height. The saddle height measures 1,075mm while the ground clearance and wheelbase is around 160mm and 1,360mm respectively. With a kerb weight of 148kgs, the bike gets a 14-litre fuel tank and has 2.5m of turning radius.

The 41mm forks suspend the front end of the bike while the monoshock absorbers handle the rear side. Yamaha has made changes to the suspension to handle erratic roads and balance the bike well on bumpy surface. Power to retard speed on the bike comes from the 282mm disc brakes in front and 220mm disc units at rear. While the bike gets disc units all around, it misses out on the ABS system. 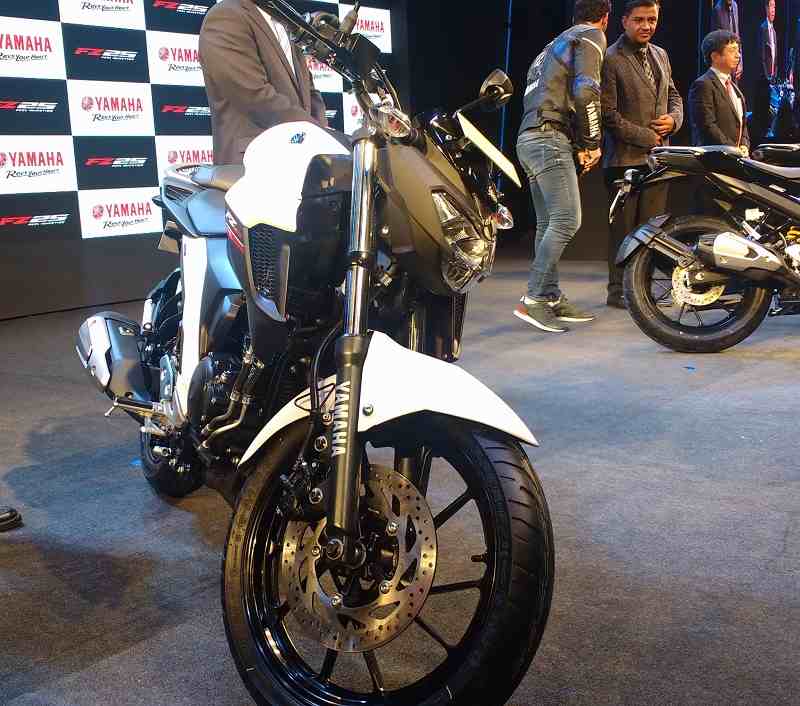