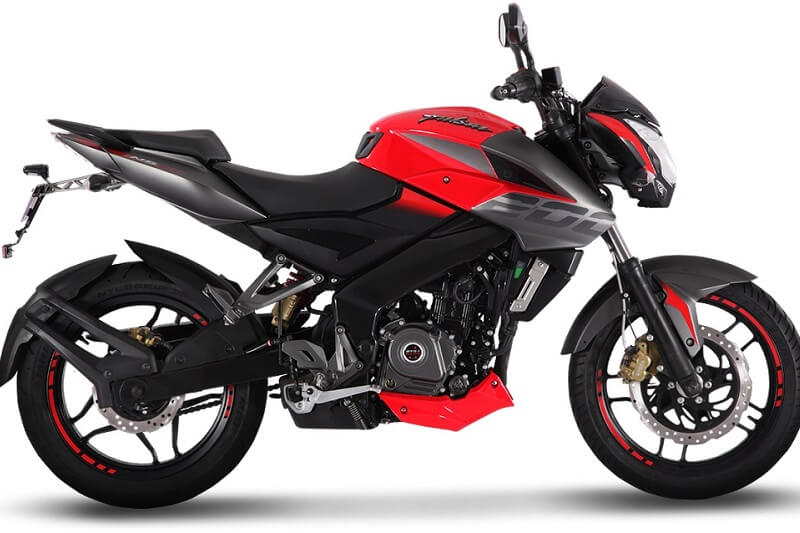 Bajaj Auto, the homegrown automaker had launched the new Bajaj Pulsar NS200 (Naked Sport) in the country earlier this year. Now, the homegrown two-wheeler maker has introduced the ABS version of this popular naked motorcycle. The ABS-equipped model has already reached to dealerships, and dealers have started taking pre-bookings. While the standard variant of the motorcycle is priced at Rs 96,443, the ABS-equipped model is tagged at Rs 1.09 lakh (ex-showroom, Mumbai). The 2018 Bajaj Pulsar NS200 is the company’s second motorcycle in 200cc segment to get ABS (Anti-Lock Braking System) after the Pulsar RS200. The new bike is being offered in three colour options – Graphite Black, Mirage White and Wild Red.

It was speculated that Bajaj will launch the fuel-injected version of the Pulsar NS200; that didn’t happen. The company sticks with the existing engine. The FI unit is only restricted to the export model. The BSIV complaint model also comes with subtle changes and mechanical upgrades. This new model is available with new colour accents, beefy fuel tank and split seats. It rides on new 17-inch alloy wheels. Powering the motorcycle is a 199.5cc single-cylinder, liquid-cooled, triple spark, BSIV compliant DTSi engine. Mated to a 6-speed unit, this powertrain is capable of producing 23bhp of power and 18.3Nm of torque.

Like the fully faired versions, the 2018 Bajaj Pulsar NS200 gets a single-channel ABS unit. The motorcycle is now available with bigger disc brakes, 300mm upfront and 230mm at the rear. The ABS only works in the front wheel. In case of sudden braking situations, this ABS system applies the right brake pressure to avoid wheel locking up. For suspension system, the naked streetfighter gets Telescopic forks with Anti-friction bush at the front and Nitrox mono shock absorber with canister. 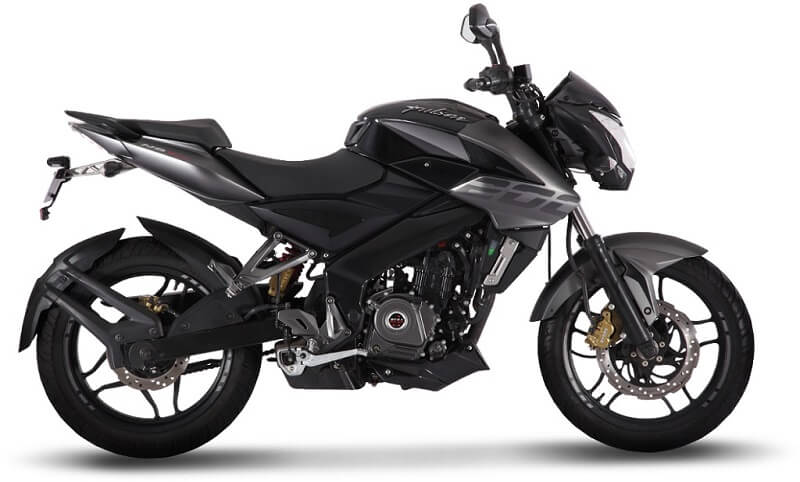 The 2017 Bajaj Pulsar NS200 will face a close competition from the new TVS Apache RTR 200 4V. As a reminder, the Pulsar 200 NS was, gradually, withdrawn from the market in early 2015. However, the company never officially suspended the production of the bike. Read More About – Bajaj Dominar 400 | Bajaj V12 | Bajaj V15

Talking about the engine, the new 2018 Bajaj Pulsar NS200 is powered by the same 199.5cc single-cylinder, liquid-cooled, triple spark engine that does duty in the RS 200. Earlier this year, the homegrown automaker had calibrated this engine to meet the BSIV emission norms. Bajaj hasn’t launched the fuel injected version of this powertrain in India. However, the export model gets FI system. This engine produces a maximum power of 23bhp at 9,750rpm and 18.3Nm of torque at 8,000rpm. Power is transmitted to the rear wheel via a 6-speed gearbox.

The bike gets telescopic forks with anti-friction bush and nitrox mono shock absorber with canister as suspension units at the front and rear, respectively. The bike gets single-channel ABS (Anti-Lock Braking System) that works in the front wheel. Additionally, the naked streetfighter has bigger disc brakes – 300mm front and 230mm rear – for better braking.

The new Pulsar NS200 is one the most fuel efficient 200cc motorcycles available in our market. The bike returns around 30-35kmpl in city and 40kmpl on the highways. 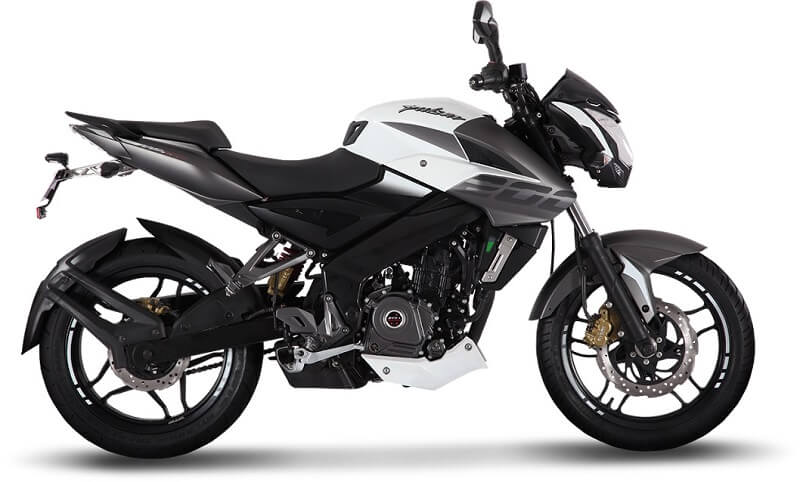 Sits on perimeter frame chassis, the new naked streetfighter is 2,017mm in length, 804mm in width and 1,075mm in height, and has a wheelbase of 1,363mm. The bike comes with a ground clearance of 167, while the kerb weight stands at 154kgs.

The 2017 Bajaj Pulsar NS200 receives minor design upgrades such as new body graphics, new seats, different alloy wheels and dual-tone paint job. The bike shares most of its features with the RS 200 such as digital instrument console, braking and suspension mechanism, etc. It gets an auto headlamps on (AHO) function and optional centre stand. Read More – Upcoming New Bajaj Bikes In India In 2017, 2018