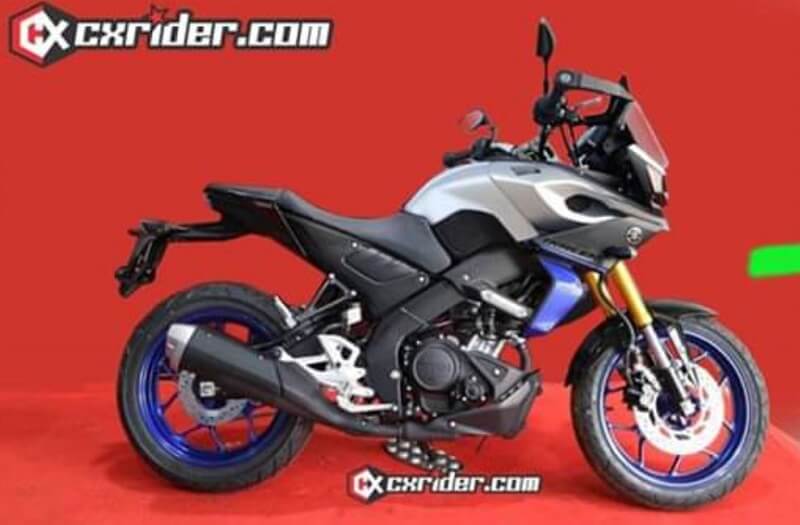 We informed you earlier that Yamaha is working on a neo-styled retro motorcycle XSR 155, which will be based on the MT-15 platform. What’s more interesting is that Yamaha is reportedly developing an all-new small capacity tourer, which is likely to join the Tracer 900. The new motorcycle will be based on the MT-15 naked streetfighter, and is likely to be called the Yamaha MT-15 Tracer.

Yamaha could preview the small capacity tourer at the EICMA 2019 in November. At the last year’s EICMA, Honda had showcased the CB125X concept- a smaller offroad-centric adventure bike. It is expected that Yamaha could develop an all-new off-road version of the bike, which could use the MT-15 platform.

A new rendering suggests a possible design for a road-based version of the tourer bike, which shares design cues from the MT-15 and the Tracer 900. Some of the highlights include muscular tank extensions, a tall windscreen, a split headlamp, long travel suspension and tall handlebars. The report suggests that the new motorcycle could receive a 125cc or 150cc engine.

We believe that the Yamaha would likely to use the 155cc VVA engine, which currently powers the R15 V3 and the MT-15. The 155cc Tracer tourer bike will take some time before entering into the real world. It is quite early to comment whether the new motorcycle would come to India or not. In recent times, the demand for tourers and adventure bikes are on rise.