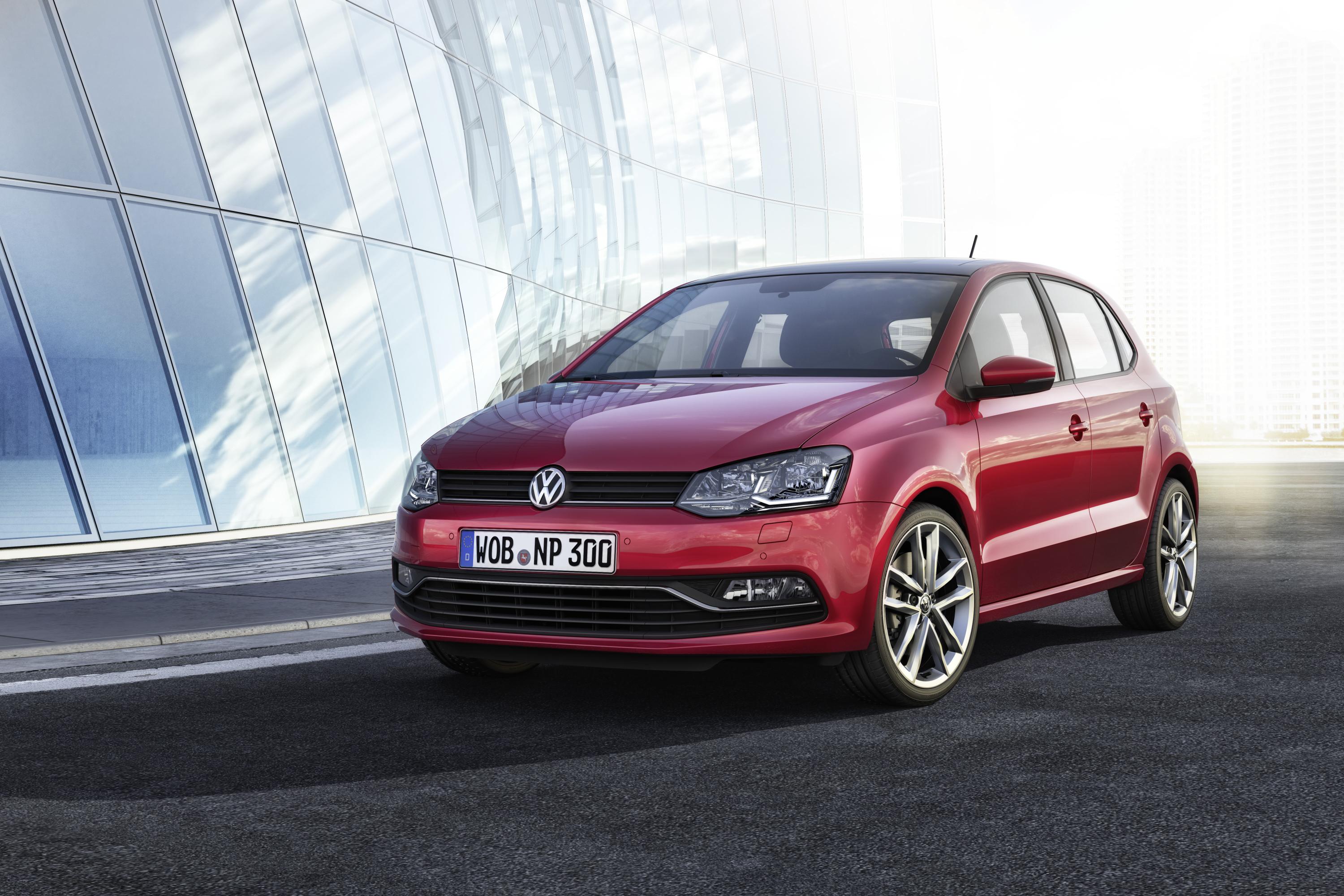 German car manufacturer Volkswagen unveiled the facelift version of Polo hatchback at the 2014 Geneva Motor Show. The vehicle is already put on sale in several European nations and is all set to make its Indian debut in the coming months. This is basically the mid-life facelift which retains the overall shape and design elements; however, the company has given some subtle changes to make it look refreshing. (Everything you wanted to know about VW Polo)

The facelifted version of the Volkswagen Polo looks identical to the current generation car but the company has added some nice touches to it. The front fascia of the new Polo gets a more aggressive bumper and a restyled grille that sports three slats. Its fog lamp assembly is also changed, while the chrome line in the grille now looks upwards instead of down. The higher spec models are coming with optional LED lights. The side profile of the hatchback remains unchanged. The height of the hatchback is increased which add to its sporty stance. Its flared wheel arches have been fitted to standard 14-inch steel wheels, while the top spec model gets alloys. The aerodynamic creases running across the length that gives a wider stance to the Polo hatch. At the back, the vehicle remains unchanged; however, the modified bumper offers an aggressive appeal to it. It is also expected that Volkswagen India might offer LED tail lamps with LED headlights as an optional package.

Inside the cabin, the Volkswagen Polo facelift is equipped with an updated dashboard. It is loaded with newly styled instrument panel with a colour display and a new infotainment system. This model also gets a slightly tweaked steering wheel which resembles the one found in larger Volkswagen cars. It also gets rear parking camera. The other features including seats, switches, and utility spaces have been directly lifted from the current model. The Volkswagen Polo facelift is equipped with several advanced safety and security features including electro-mechanical steering wheel, an adaptive cruise control, traffic monitoring system, automatic post-collision braking system and many more. The vehicle will also get dual airbags, anti-lock braking system with brake assist and others.

Under the hood, the Volkswagen Polo facelift will get a new 1.5-litre 4-cylinder diesel engine that is capable of developing a max power output of 105PS and 250Nm of top torque. This engine will be paired to a DSG gearbox. If media reports to believe, the company might ditch the 1.2L diesel motor; however, we expect that the company will replace the 1.6L diesel engine. The petrol version will get the same 1.2-litre engine that produces 74bhp and 110Nm of top torque. Its performance version will continue to be powered by the same 1.2-litre TSI engine producing 103bhp and 175Nm of torque. Power is transmitted to front wheels via a seven-speed DSG gearbox.

The Volkswagen Polo facelift is expected to hit the Indian shores by the July this year. The pricing of the hatchback is likely to remain unchanged; however, the 1.5L diesel version is expected to costs around 30-40k lesser than the GT TDI model.