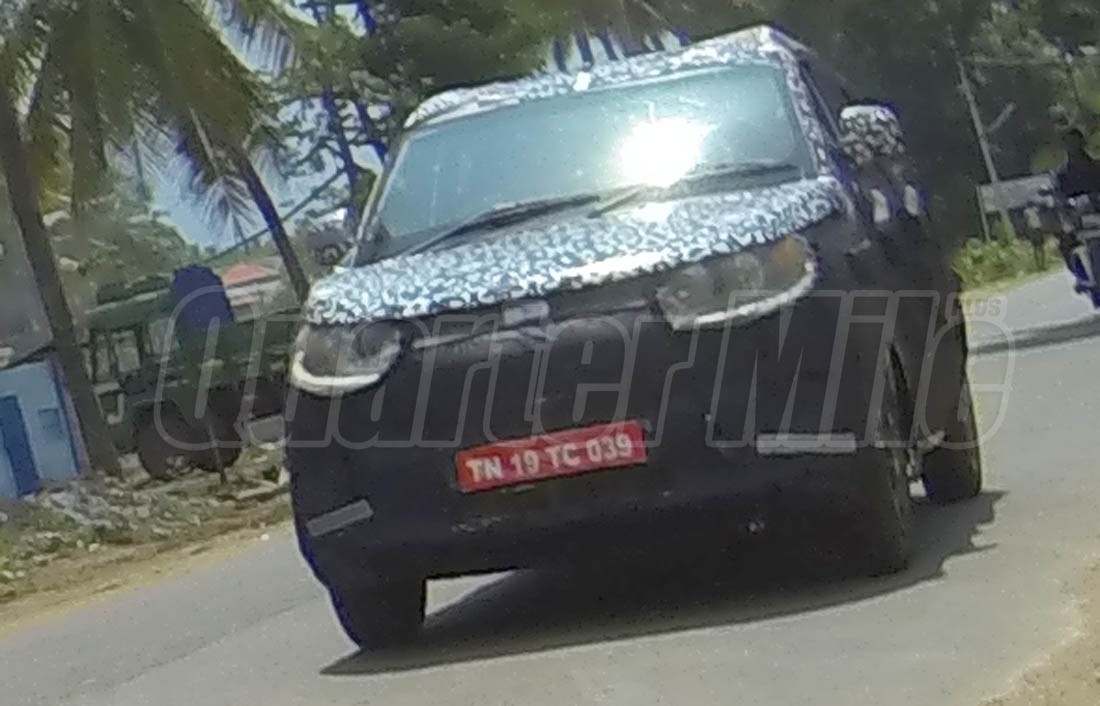 We reported earlier that Mahindra will launch the sub-compact SUV (Codenamed S101) by the second half of 2015. The vehicle has been spotted several times during its test rounds on the Indian roads, and now one of the Quartermile’s readers has managed to click the compact SUV in Chennai. The S101 will be rolled out of Mahindra’s new manufacturing unit in Cheyyar, Tamil Nadu. For the first time, the Mahindra S101 spotted wears the production body parts such as bumpers, headlamps and tailgate. However, the rear lights are still to get production form. The rear end will also get the spare wheel and the clicked vehicle features a mounting bracket in stuck on to the tailgate which will carry the spare wheel.

At the front, the compact SUV gets large headlamps with LED daytime running lights. The headlamps resemble the one found in the XUV500. The Mahindra S101 is likely to share its design cues with XUV500 and will be sold alongside the Quanto as the entry level sports utility vehicle.

It will be the second Mahindra product which will be based on monocoque chassis and is based on a completely new platform. The vehicle will be powered by a newly-developed 1.2-litre or 1.0-litre turbocharged petrol engine and a 1.5-litre diesel engine.