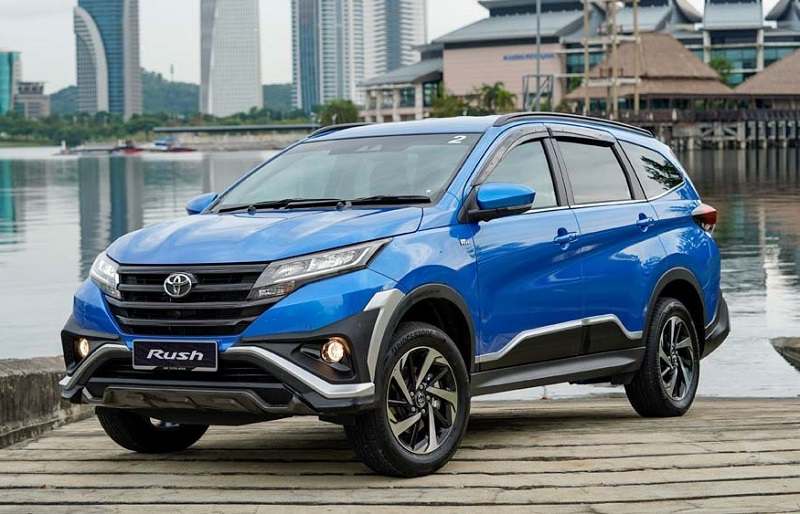 Toyota could have imported the new Rush SUV for testing purpose.

Toyota is gearing up for the launch of the new Glanza premium hatchback, which is basically the re-badged Maruti Baleno. The company has joined hands with Suzuki to develop new products for India as well as global markets. Toyota and Suzuki is also developing an all-new C-segment MPV based on the modular platform for the Indian market. The company is already selling the Rush 7-seater SUV in the Indonesian market, which was also rumoured to be launched in India. Few media reports claim that Toyota could launch the Rush under the government’s new policy of importing 2,500 vehicles without homologation process.

Interestingly, a batch of Toyota Rush has been spotted on the Indian roads. The recent sightings of the new-gen Rush suggest that the company is seriously looking at this model for the Indian market. Though, it will be quite early to comment on the launch this SUV. The company could have imported the new model for testing purpose. Moreover, these models could serve as a testing bed for the upcoming C-segment MPV. 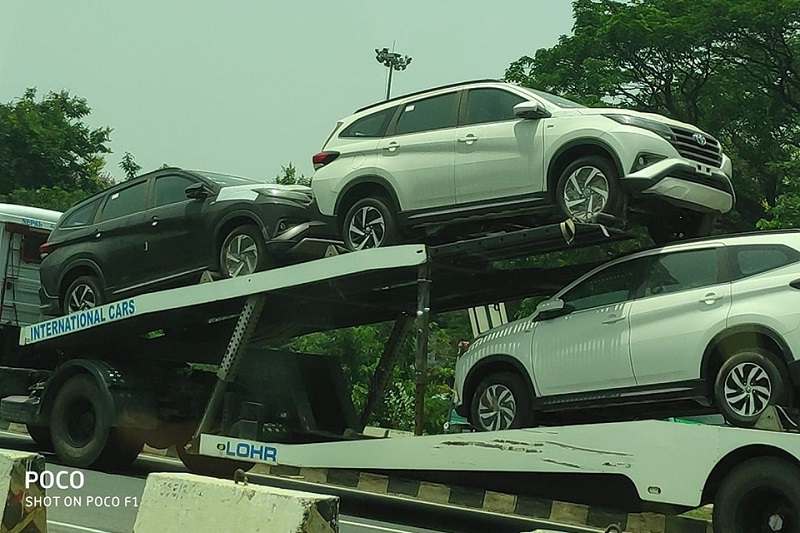 A recent media report claims that Toyota will launch the Rush SUV in India in 2021. However, the company is yet to make an official announcement on the same. Toyota is not shying away in accepting the growing demand for Rush among Indian buyers. Talking to media, Akito Tachibana, TKM MD, said, the company has products like the Rush and the CH-R that are being considered for India, depending on the suitability of these offerings. Also See – Toyota Rush – will it launch in India?

We believe that Toyota won’t launch the Rush SUV in India. Launching an all-new model will require huge investment and Toyota has already confirmed that they are not planning to make any investment in India before 2020. In terms of proportions, the Rush is 4,435mm in length, 1,695mm in width and 1,705mm in height, and has a wheelbase of 2,685mm. The 7-seater SUV is powered by a 2NR-VE, 4-cylinder Dual VVT-i petrol engine producing 104PS of power and 136Nm of torque. Transmission options include a 5-speed manual and a 4-speed torque convertor automatic.

Video – 3 reason why Toyota Rush is not coming to India