The Toyota-badged Baleno hatchback is likely to be launched in the second half of 2019.

We all know that Toyota and Suzuki has joined hands to develop vehicles for Indian market. With the help of Maruti Suzuki, Toyota will again try its luck in the highly-competitive entry-level segments including hatchback and a sub-4 meter SUV. Under the signed MoU, Maruti will provide Brezza and Baleno to Toyota. The Japanese brand will make design and interior changes to these vehicles. Adding to it, Toyota is planning to further increase the local content of these models to achieve aggressive pricing.

Toyota is yet to confirm the launch date of the Toyota-badged Baleno hatchback, but our sources suggest that the model could go on sale in the second half of 2019. The new model will come with newly designed front and rear ends. It is likely to come with newly developed bumpers, grille and lights. We believe that Toyota could also improve the quality of sheet metals. The rear end could receive new wrap-around tail-lamps and new bumper, which likely to share styling cues from Toyota’s global hatchbacks. Also See – Maruti to launch Toyota Corolla Based Sedan In India

The cabin of the Toyota’s version of Baleno won’t see many changes and is likely to continue with all-black scheme. Japanese brand could opt for dual-tone (Black & Beige) scheme in the lower and mid-spec variants. The hatchback is most likely to use the same 7.0-inch SmartPlay infotainment system with Android Auto and Apple CarPlay support. Other features are likely on offer are automatic climate control, faux leather seats, auto dimming IRVM, multi-functional steering wheel, etc.

Toyota is also likely to improve the safety quotient of this hatchback. Expect better sheet metals, dual-front airbags, ABS with EBD, 3-points seatbelts for all three rear passengers, etc as standard. The top-spec model could receive 6 airbags, which is missing in the current Baleno. Also See – Toyota Compact SUV & Hatchback Based on Brezza & Baleno Confirmed 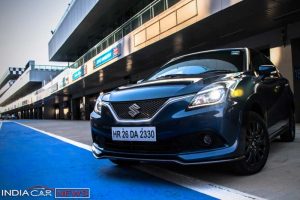 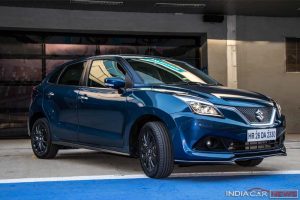 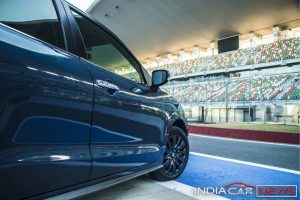 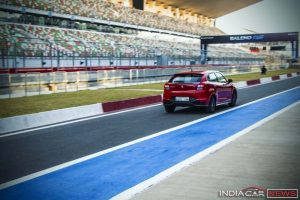 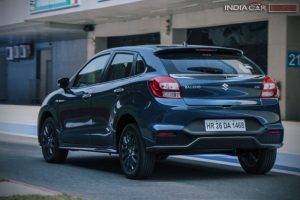 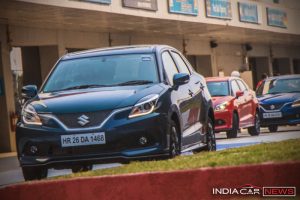 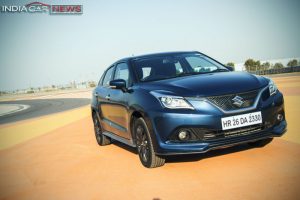 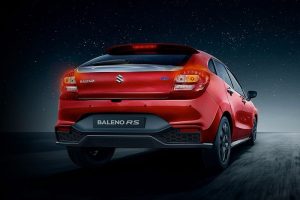 While Maruti is selling the performance oriented Baleno as RS variant, Toyota could use the TRD Sportivo to sell the turbocharged Baleno. It will be powered by a 1.0-litre Boosterjet petrol engine producing 100bhp and 150Nm of torque. The regular variants too continue with same set of engines – 1.2-litre petrol and 1.3-litre diesel. Instead of 1.3-litre MJD unit, Toyota could use the 1.4-litre D4D diesel engine to power the Baleno.

The new Toyota Baleno hatchback will be pricier than the Maruti’s version. We believe that the new model could cost somewhere around Rs 6-9 lakh. It will challenge the likes of Hyundai Elite i20 and Honda Jazz.