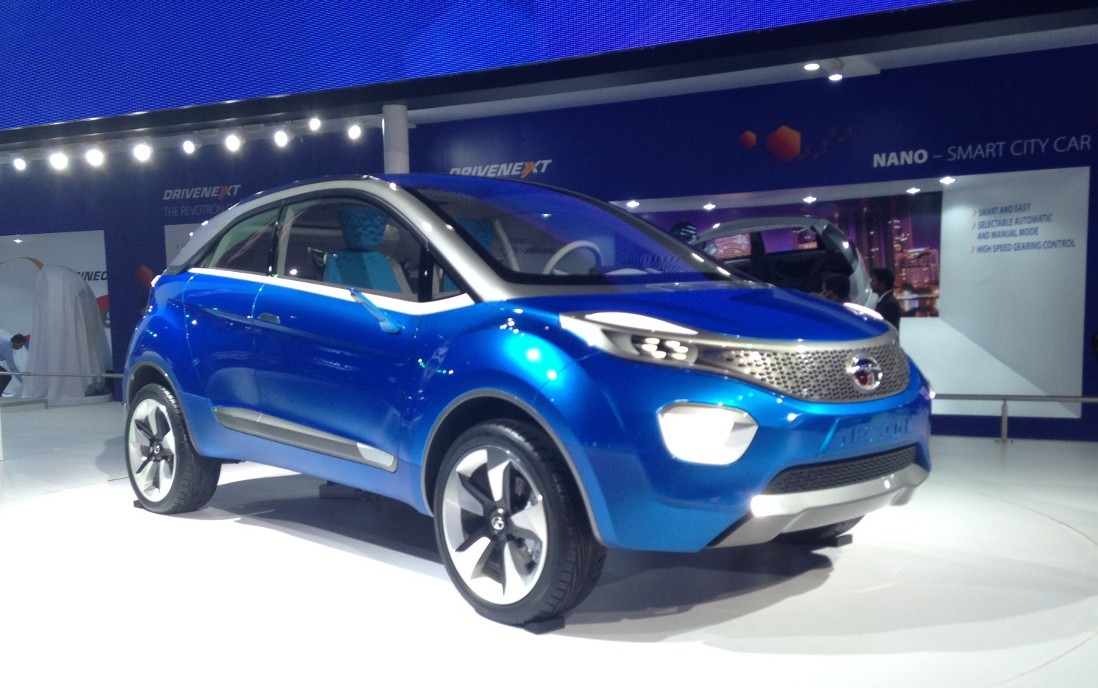 Tata Motors is aiming to expand its wings in the International markets including Indonesia, Russia and South Africa. The homegrown automaker is paying special attention to the Indonesian market, and last year launched a series of new products. According to the Indonesian media, Tata subsidiary has expressed its interest to the HQ in showcasing the Tata Nexon compact crossover SUV concept at the 2014 Indonesia International Motor Show, which is scheduled in September.

Unveiled at the 2014 Indian Auto Expo in January; the Nexon compact SUV has already made its debut at the Geneva Motor Show in March. The production version of the Nexon SUV will be launched by the end of 2015 or by early 2016. The Mini SUV will go into production by the late 2015.

The concept shown at the show features LED headlamps, double sliding door system and full width instrument panel, floating console, and 17-inch wheels. The Nexon SUV measures 4m in length, 1.73m in width and 1.6m in height. It will compete against the likes of Ford EcoSport, Volkswagen Taigun and others.

Based on the thoroughly modified X1 platform, the Nexon SUV concept is powered by a three-cylinder 1.2-litre turbocharged petrol engine that produces 110PS and a peak torque of 170Nm. This engine is paired to a five-speed automatic gearbox which sends the power to front wheels of the SUV. It returns an impressive fuel economy of 17.6kmpl. It also comes with an electric 4-wheel drive option and is claimed to attain a top speed of 180km/h. The oil burner will be propelled by the Fiat-sourced 1.3-litre Quadrajet engine.