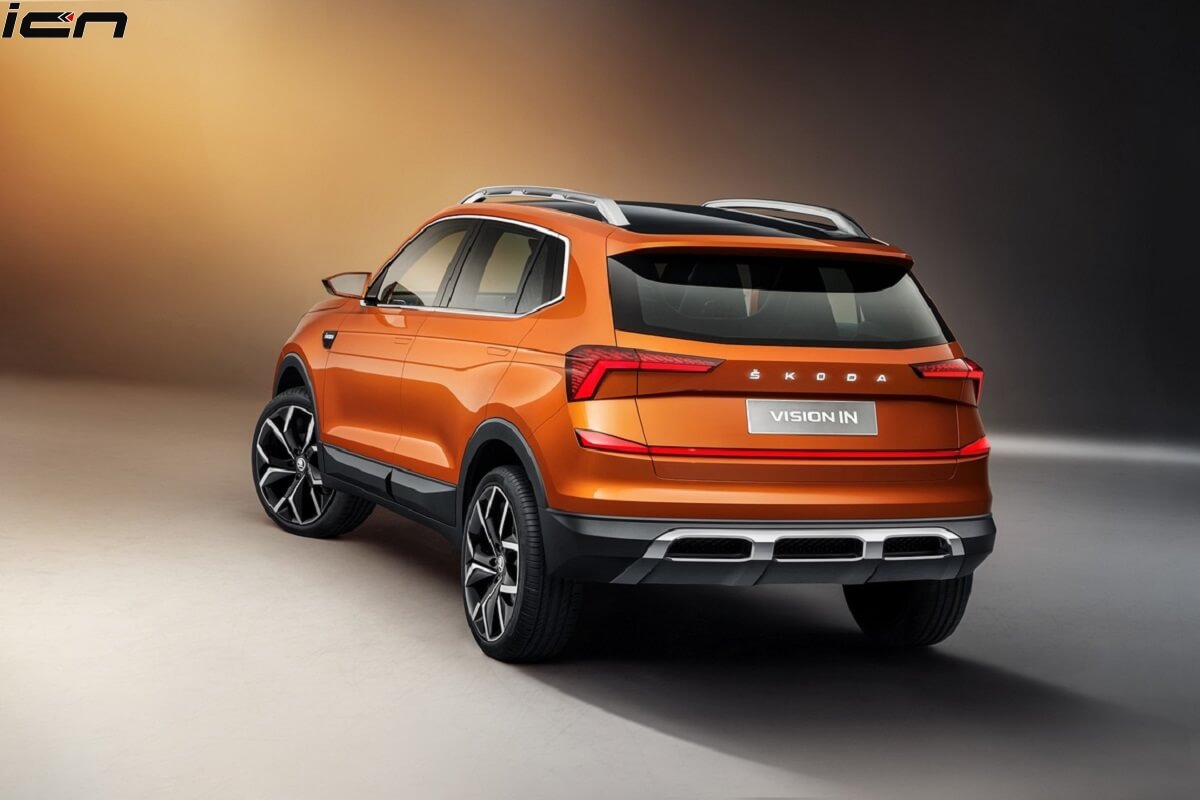 It is no secret that Skoda is working on a 5-seater mid-sized SUV for the Indian market to challenge the likes of Hyundai Creta, Kia Seltos and Nissan Kicks. Rumoured to be called Skoda Kosmiq, the compact SUV will go on sale in India in the first quarter of 2021. The company has patented different names including Kliq, Karmiq, Kosmiq and Konarq; however, the Kosmiq is likely to be used for the India-spec model. The SUV was unveiled as the Vision IN Concept at the 2020 Auto Expo. The SUV will be based on the heavily localised MQB AO In platform, which is developed on the MQB architecture.

The Skoda Kosmiq will share design cues from the Vision IN concept. It will be slotted below the Karoq SUV. The SUV will be powered by a 1.0-litre turbocharged petrol engine, which will also power the upcoming VW Taigun mid-sized SUV in India. Adding to it, the SUV will also receive a new 1.5-litre TSI petrol engine. The Kosmiq design is heavily inspired by the Kamiq SUV, which is on sale in select international markets including Brazil. Also See – Skoda Vision IN SUV – 10 Things You Should Know

The Kosmiq was first previewed as the Vision IN concept at the 2020 Auto Expo. It is based on the MQB AO IN platform, which is basically the Indianized version of the MQB AO platform. In the international markets, this platform underpins the Skoda Kamiq and the VW T-Cross. The company has confirmed that the SUV will be launched in the first quarter of 2021. We will update you as soon as Skoda reveals anything on the same.

The Kosmiq will be based on the heavily localised MQB AO IN platform, which should help Skoda to achieve competitive pricing. We believe the new model to cost somewhere between Rs 11 lakh and Rs 15 lakh.

Volkswagen Group has confirmed that the compact SUV will be powered by a new 1.0-litre, 3-cylinder turbocharged petrol engine, which powers the global VW T-Cross. This engine offers two states of tunes – 94bhp and 113bhp. India will receive this engine in higher states of tunes. For transmission options, the SUV will receive a 6-speed manual and a 6-speed torque convertor automatic unit. The company has already confirmed that it will only sell the petrol-driven model initially. Though, the petrol-CNG options could also arrive on a later stage.

The top-spec version of the Skoda Kosmiq SUV will be powered by a 1.5-litre, 4-cylinder turbocharged petrol engine. This engine is capable of producing 148bhp of power and 250Nm of torque. For transmission options, the SUV will get a 7-speed DSG automatic gearbox. This model is claimed to achieve 0-100kmph in 8.7 seconds before hitting a top speed of 195kmph.

This compact SUV will be powered by a locally-developed 1.0-litre turbo petrol engine, which will be compliant to BSVI emission norms. We believe the new model to deliver somewhere around 18kmpl-20kmpl.

The Kosmiq 5-seater mid-sized SUV was previewed as the Vision IN Concept at the 2020 Auto Expo. The company has confirmed that this concept is a design study for the company’s future urban compact crossover. However, the concept was very close to production model. The SUV was equipped with several production-ready design elements. The SUV shares styling cues from Skoda’s global SUVs including the Karoq and the Kamiq. It features Skoda’s signature “Butterfly” grille and ‘power dome’ on the bonnet, which seems largely identical to the Karoq. The SUV features raised LED headlamps with crystalline elements and thin daytime running lights and turn lights.

At the back, the SUV gets LED tail-lights with crystalline elements and prominent light strip, rear diffuser, roof-integrated spoiler and faux skid plate. The side profile looks clean and simple, featuring diamond-cut alloys, usable roof, strong beltline, black plastic cladding and ORVMs with integrated blinkers. In terms of proportions, the Skoda Vision IN based SUV will be bigger than the European model. It measures 4,256mm in length and 1,589mm in height, and has a wheelbase of 2,671mm. The concept was equipped with 19-inch alloy wheels fitted with 235/45 R19 tyres; however, the production model will have 16- and 17-inch wheels.

The interior of the Kosmiq SUV is most likely to share features with the Karoq and the Kamiq SUVs. The Vision IN had concept-like interior with most of the design will be changed for the production-model. The SUV will receive a large 12.3-inch touchscreen infotainment system with modern-day connectivity features. The concept had virtual cockpit and shift-by-wire technology. The production model will have digital instrument console. The concept had dark grey interior scheme with contrasting orange inserts on the dashboard, central tunnel and on the door panels. The seats are covered with ruhubarb leather and orange oak leather seat covers. The production model will come equipped with several features like multi-functional steering wheel, automatic climate control, leather wrapped steering, ambient lighting, keyless start, etc.