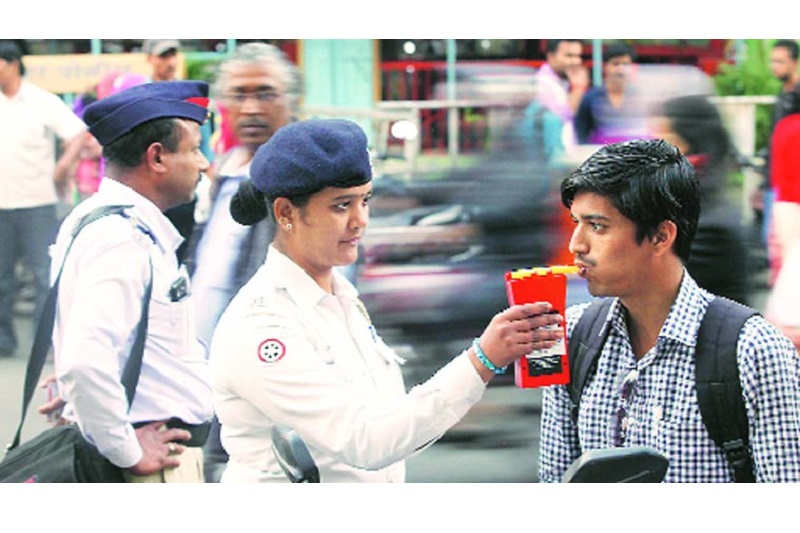 The Union Cabinet has approved the new Motor Vehicle (Amendment) Bill that proposed heavy penalties for violation of traffic rules and regulations. The bill also follows up road safety, strengthening public transportation and reducing corruption. Now, the penalty for drunk driving has been increased by five times to Rs 10,000 from Rs 2,000 and the overspeeding calls for fine of Rs 1,000- Rs 2,000.

Drivers without a license and two-wheeler riders without a helmet will attract a penalty of Rs 5,000 and Rs 1,000 to Rs 2,000 respectively. If you get caught without helmet, the traffic police will also suspend the two-wheeler licence for 3 months. The amendment puts the penalty up to Rs 5,000 for using phone while driving. Drivers and riders without insurance will be charged for Rs 2,000. Read – Government plans to ban under 150cc bikes and scooters in India

The bill proposes a compensation of Rs 2 lakh or more for victims of hit-and-run accidents. If a juvenile will be involved in an accident case, the parents or guardians will be deemed to be guilty along with a penalty of Rs 25,000 with 3 years of imprisonment and cancellation of vehicle registration. The overloading of vehicles will call for a Rs 20,000 fine. Penalty for not wearing seatbelts and dangerous driving will be Rs 1,000 and 5,000 respectively.

In order to help the road accident victims, the bill proposed Good Samaritans guidelines. The enforcing authorities like civic bodies, contractors and consultants will also be deemed to be guilty for increasing accidents due to faulty road constructions and design. The driving training process will also be improved under the proposed bill. Read – Chery in talks with Tata Motors to enter India

Now, Aadhar card will be mandatory for vehicle registration and driving license applications. In fact, the time limit for license renewing has been increased to a year before and after the expiry date. Car manufacturers will have to recall the vehicles with sub-standard components or engines, else they will attract penalty of Rs 500 crore.