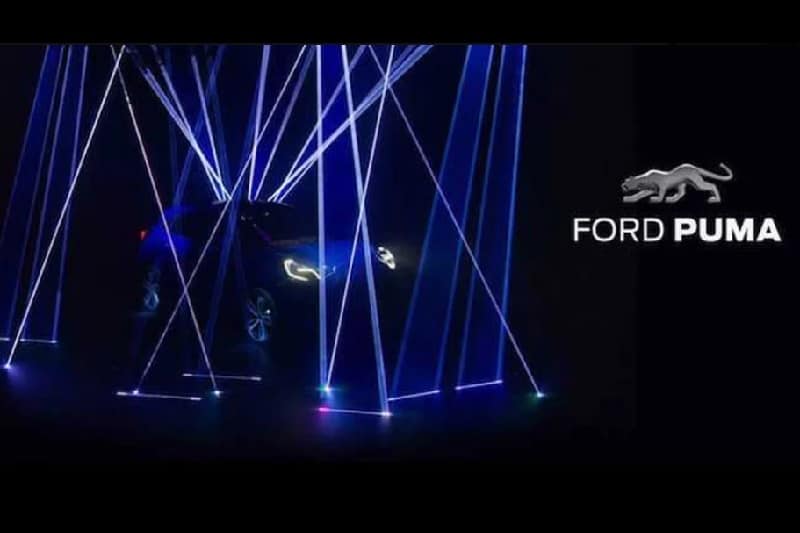 Ford Romania has dropped a teaser video of the upcoming Ford Puma compact crossover ahead of its official unveiling, which is scheduled to happen tomorrow (26th June, 2019). The company’s Craiova, Romania based plant will serve as production hub for the new crossover. It remains to be seen whether the Puma will come to India or not. Though, the American carmaker is planning to expand its SUV product lineup in India with three new models. Read – Ford-Mahindra To Co-Develop 9 SUVs

For people not in the know, the original Ford Puma was the compact coupe retailed in Europe from 1997 to 2002. The two-door coupe was available with four engine options along with FWD (front-wheel-drive) system. Now, the American carmaker is planning to bring back the ‘Puma’ brand in compact crossover shape.

In the company’s global product lineup, the 2020 Ford Puma compact crossover will sit between the EcoSport and Kuga SUV. The carmaker claims that the Puma offers a cargo space of 456-litres. While the official engine details are yet to be revealed, it’s likely to get a turbocharged 1.0L EcoBoost engine with FWD drivetrain system. Read: Ford to Discontinue 1.0L EcoBoost; To Use Mahindra’s 1.2L TGDI

The compact crossover might also be offered with a 48V mild hybrid system generating power output of 155bhp. Ford might also introduce a larger capacity 1.5L, 3-cylinder EcoBoost engine that powers the Fiesta ST. It delivers power close to 197bhp. This powerful motor could be exclusively offered on the top-spec trim of the crossover.

Similar to the 90’s compact coupe, the 2020 Ford Puma crossover will be designed on the same chassis that also underpins the Fiesta. The official launch of the compact crossover is likely to happen at the Frankfurt Motor Show in September, 2019.