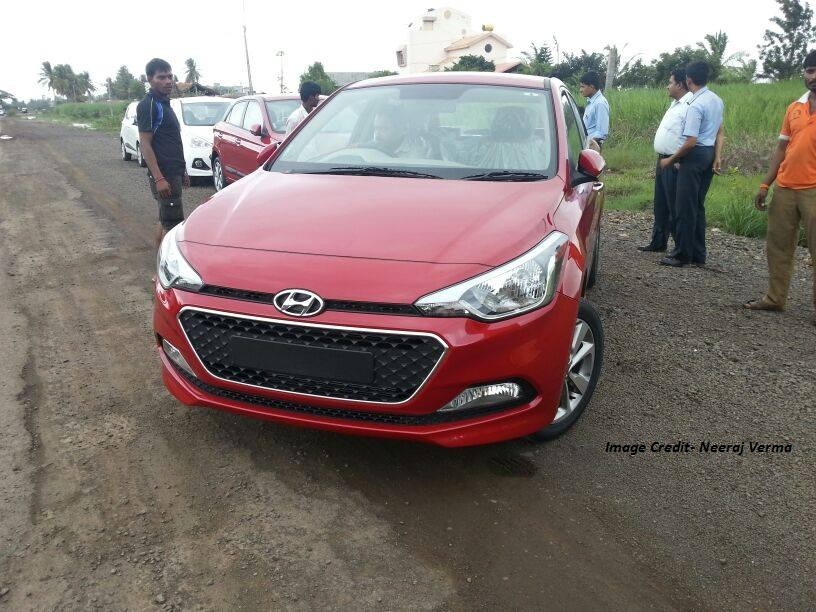 Only a week’s time is left in the global debut and official launch (India) of the highly anticipated all new Hyundai i20 ‘Elite’; let’s explore the premium hatchback inside out:

Overview: The 2015 Hyundai i20 would replace the current hatchback sold in the country and advance bookings have already commenced. It is much bigger, spacious, up-market and striking than the ongoing model. Going by the official sketches of the hatch that were released by the company a few days back, there is no dilemma in propounding that the South-Korean automaker has presented it in a never-seen-before avatar by coming up with a distinct yet adorable exterior design or simply it can be said, East meeting West; due to the dominance of European styling in the hatch. Interiors too have been upgraded in company’s bid to make it more advanced, contemporary, and sophisticated. First, the company cracked the auto industry with its Grand i10 hatch, then came the Xcent sedan in form of a Tsunami and now it is bringing the Hyundai Elite i20, and something similar is on cards.

Exteriors: It wouldn’t be an exaggeration or an understatement if it is being called the best looking Hyundai car in the entire stable! It follows the company’s Fluidic Sculpture 2 design philosophy, and hence company christened it as ‘Elite’, quite similar to the Fluidic Verna and Neo-Fluidic Elantra. It was entirely designed at Hyundai Motor’s Design Centre Europe in Russelsheim, Germany. The front fascia is a reminiscent of the French car brand, Peugeot’s cars; it also matches a lot with company’s recently launched sister duo, Grand i10 hatch and Xcent compact sedan. The front grille is low mounted in accordance with the sweptback headlamps that comprise of metal inserts. The redesigned hood flaunts the V-shaped lines, graciously. The position of number place is also changed and is something new for Indian people. The sportier stance of the hatchback ensures that the rising should line and sloping roof meet at the C-pillar (also, the rearmost pillar) which is painted in black. At the rear, the elongated wrap around the tail-lamps has made the whole styling and design a zillion times better and is worth a look. It clearly reflects the European hangover of the company engineers.

Interiors: Hyundai has really worked hard on the interiors of this premium hatch and it is clearly visible as the Elite hatch looks quite premium and plush, inside the cabin. The dual-tone dashboard is more eye-soothing now as the beige shade is on the upper-half of the dash, while it is at the lower side (or, say half) in the current hatchback. The brand new instrument cluster and all new climate control air conditioner intensify the atmosphere inside the cabin. Also, the power window controls are moved from the door-armrest to a bit higher position in order to make them more user-friendly and convenient. The steering wheel is a redesigned one and now has a fleet of buttons on either side. Additionally, there is an Engine Start/Stop button positioned near the music player; quite similar to the Grand i10. In all, Hyundai has done everything that it could to lift the ambiance of the cabin and provide the occupants a respite full and peaceful environment inside the cabin. Did we forget to mention that the company has enhanced the wheelbase in the new nut to provide more shoulder room, leg room and headroom?

Engine & Transmission: Hyundai has refrained from making any mechanical changes to the hatch and gone ahead with the same 1.4-litre 89 bhp diesel motor with the diesel variants while the petrol variants in-house the same 1.2-litre Kappa2 & 1.4-litre 99bhp Gamma petrol engine. The 1.4-litre diesel motor would be coupled with a 6-speed manual gearbox, while the 1.2-litre Kappa2 petrol mill would be mated to a 5-speed manual transmission. The automatic variant would come loaded with the 1.4-litre 99bhp Gamma petrol engine and power would be transferred to the front wheels of the hatch via a 4-speed automatic transmission. Umm… The same ‘Old School Theory’ that we have been seeing since its arrival in the country, nothing new!

Verdict: Hyundai ‘Elite’ doesn’t provide a single reason to give it a miss! Although, as it is evident, pricing remains to be the top most factor in India in deciding the fate of a car, especially in the B+ segment of cars. Till the present moment, everything seems to be perfect and at right place for the hatch and it has all the firepower to disrupt the sales figures of its contemporaries who are the likes of Maruti Swift, Volkswagen Polo, and Fiat Punto. Pricing will be the deciding factor and final call would be made on the basis of that. Till then, keep guessing and waiting for August 11, when the hatch finally goes live on roads.